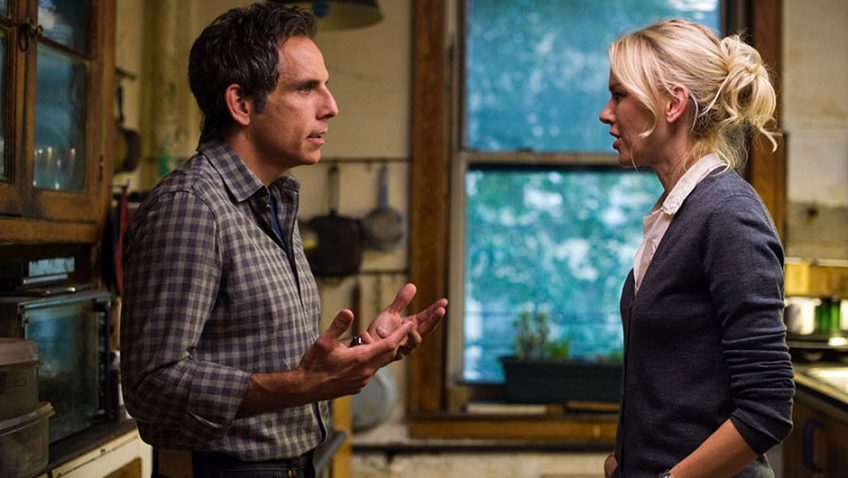 Ben Stiller stars in this intelligent and enjoyable film

It’s been a long time since Ben Stiller was this good; in fact, as long ago as Greenberg in 2010, Stiller’s first collaboration with the Brooklyn New York writer and director Noah Baumbach (Frances Ha, Margot at the Wedding, The Squid and the Whale).

is not only Stiller’s best comedy in a long time, but Baumbach’s best. It is also one of the more perceptive films about mid-life crises, eschewing, for the most part, the stereotypes, quick solutions and upbeat endings and asking us to share the protagonists’ humiliation and confusion. While too often the humour and truisms of the generational divide which Baumbach identifies are sidelined by his trademark quirkiness (he co-wrote The Life Aquatic with Steve Zissou), While We’re Young

will resonate for many over 40s who have missed their entrance to the fast track.

Josh (Stiller) and Cornelia (Naomi Watts, also terrific), are a married 40-something couple who have never had children. They made this choice so that Josh, living in the shadow of his famous father-in-law (Charles Grodin), and Cornelia, who produces her father’s documentary work, could focus on their careers, on travel and on themselves. But the marriage is suffering and the travel is on hold while Josh agonises over the follow-up to his successful debut film many years ago.

Into their vulnerable lives walks a cool twenty-something couple who offer Josh and Cornelia the chance to go back in time, and ‘re-energise’ their lives, as Cornelia puts it. Jamie (Adam Driver) as it happens is an aspiring documentary filmmaker while his pretty, free-spirited wife Darby (Amanda Seyfried) makes ice cream. While, in a curious demographic reversal, Jamie and Darby are not interested in cars, the latest phone or tweeting, Josh and Cornelia are tech savvy and thoroughly bourgeois. Jamie and Darby roller skate and cycle, make everything themselves, never seem to argue and show their affection in public.

Fedora-wearing Jamie, self-confident, laid-back, and willing to learn, seems to get things done effortlessly, whereas Josh’s low self-esteem and anxiety have landed him in a rut. Unlike Jamie, pride prevents Josh from accepting his father-in-law’s advice to cut the film to avoid it being boring. As Josh starts sporting a fedora, and hanging out with the young couple, he and Cornelia alienate their best friends with the baby, leaving them straddled between two social circles. Ben Stiller and Naomi Watts in While We’re Young

Jamie’s interest in Josh’s work feeds his ego; so much so that Josh picks up the tab for coffee or lunch, shrugging off Jamie’s unwillingness to pay for anything, and willingly offering Jamie his own hard-earned contacts. When Jamie worms his way into Cornelia’s father’s grace and uses Josh’s interviewee in his film, Josh begins to realise that his new friend is not as guileless, straightforward and cool as he comes across.

It is here that Baumbach’s film is at its most bold and insightful, as he does not go for laughs, but humiliation. In a scene that is as excruciatingly uncomfortable for the audience as it is for Josh, Josh crashes a formal dinner, where Jamie’s film has caused a sensation, only to find that no one is interested in his sour grapes and accusations. The ends justify the means and Jamie is a winner.

Adam Driver is perfect at conveying a man who hides his ambition behind a deceptive façade. With cheek and a lack of conscience, he sees people as a series of stepping stones toward his goals. Seyfried skilfully releases her increasing scepticism about her perfect life with Jamie, while Watts and Stiller make such a convincing couple that you can see exactly what holds their marriage together.

Wonderful though all this is, Baumbach fails to persuade us that the young couple are such an alluring prospect. It never feels fun or rewarding hanging out with them and you wonder why Josh and Cornelia seek to emulate them. Nor is it easy to buy the portrait of young people making everything from scratch when a recent YouGov poll indicates that fewer than ever young people are doing any DIY.

While in the shifty, manipulative but charismatic and talented Jamie, Baumbach has given us one of the great movie characters of the decade, Darby is less thought out and harder to ascribe to any generation. These criticisms aside, While We’re Young

is an intelligent and enjoyable film for anyone who sometimes feels that life has passed them by.