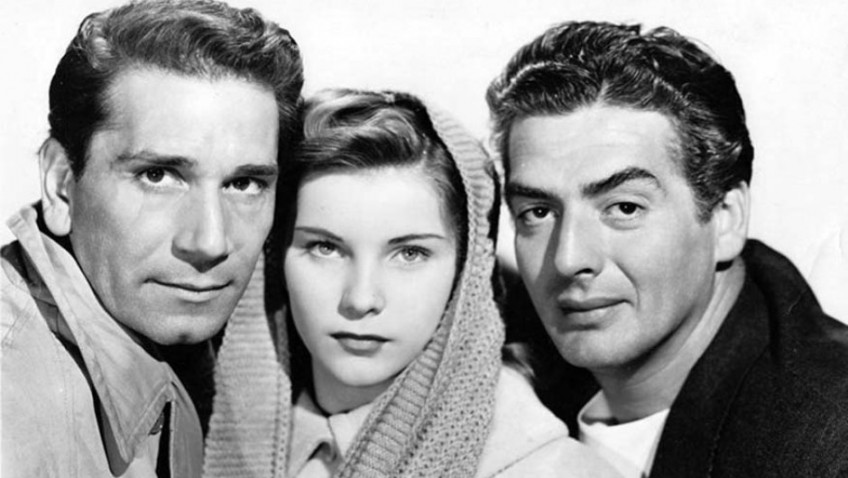 A film you will want to see more than once

Joyce Glasser reviews Cry of the City (re-release from 1948)

At the end of Cry of the City you might find yourself sighing, ‘they don’t make movies like they used to’ with cause.

For American film Director Robert Siodmak, the Jewish refugee known for his ‘noir’ thrillers such as The Phantom Lady (1944) and The Killers (1946) 1948 was a vintage year, with the release of two great films noirs, Criss Cross and Cry of the City.

The only aspect of this film one could wish to change is the title. While New York’s Little Italy is beautifully filmed with atmospheric set design, the film is not only a thriller about an earnest Italian-American police detective determined to nail an illustrious Italian-American criminal fugitive, but also a morality tale about the choices we make and their consequences on others. From the first shot to the last incredible, tear inducing shot through the back window of a police car, we are hooked at this perfectly paced thriller written by two of the great script writers of the period, Richard Murphy (Boomerang, The Desert Rats) and  Ben Hecht (Gone with the Wind, Hitchcock’s Spellbound and Notorious, Scarface, The Front Page).

One of the many interesting aspects of the film is the way in which our allegiances gradually change from the dashing, charismatic celebrity criminal, Martin Rome (Richard Conte) to the overworked, earnest police detective Lt Candella (Victor Mature, at his best).

The film starts off almost jovial, despite the mention of a cop killing, with Rome flirting with the nurses and tender with Rome’s beautiful young conquest, Teena, who sneaks in to visit him (Debra Paget). His flippant remarks to Lt Candella, who also grew up in Rome’s impoverished neighbourhood during the Depression, but chose a different path, suggest a confident, clever, anti-establishment hero, idealised by his young brother Tony (Tommy Cook).

By the end of the film we, like Tony and Teena, realise that Rome is an egomaniac who uses others and has had to spend his life fleeing and hiding.

By contrast, Candella gains in stature, treating Rome’s long-suffering parents with respect, but painstakingly following up on every lead, and finally risking his life to get his man.

Great as the main story and lead actors are, it is the minor characters, most of who have been tainted by contact with Rome, who make Cry of the City a film you want to see more than once, or even twice.

Each character tells us something about life in New York City in 1948, and its mix of people, thereby justifying the title. A bullied prison-cleaner who helps Rome escape to get his boss sacked; Brenda (Shelly Winters), a former girlfriend, who reluctantly agrees to find the wounded Rome find a doctor and drives him around to evade the police.

In a nail-biting scene, when the doctor sends her to find some whisky, she attracts an undesirable drunk who later becomes a witness for the Prosecution.

Most touching, is the hapless doctor (Konstantin Shayne), one of many refugee doctors who are not allowed to practice medicine in the USA.  He treats Rome for a substantial sum of cash for his sick wife and pays the price.

Equally thrilling is a scene in the office of the shady lawyer Niles (Berry Kroeger). A lawyer as crooked as his clients, he is trying to frame Rome to save his own client. The scene plays like something out of a Raymond Chandler film, and shows us the other, ruthless side of Martin Rome. Best of all, though, is the unlikely accomplice to Niles’ client, Rose Givens (Hope Emerson), whose day job is as a masseuse. Rose, who hardly resembles her name, puts her strong hands to use strangling the wounded Martin Rome, until he points out that if he dies so does her hope of finding the jewels that he took from Nile’s safe.

Her name might be straight out of a Chandler novel, but Hope Givens’ character is unique in cinema. Suspicious, duplicitous, large-framed and towering over Rome, the heavy-set Givens digs into a hearty breakfast before the two of them go off on a risky operation that has robbed Rome of his appetite.