Home / TRAVEL / DAYS OUT / Auld Reekie is not so reekie now! 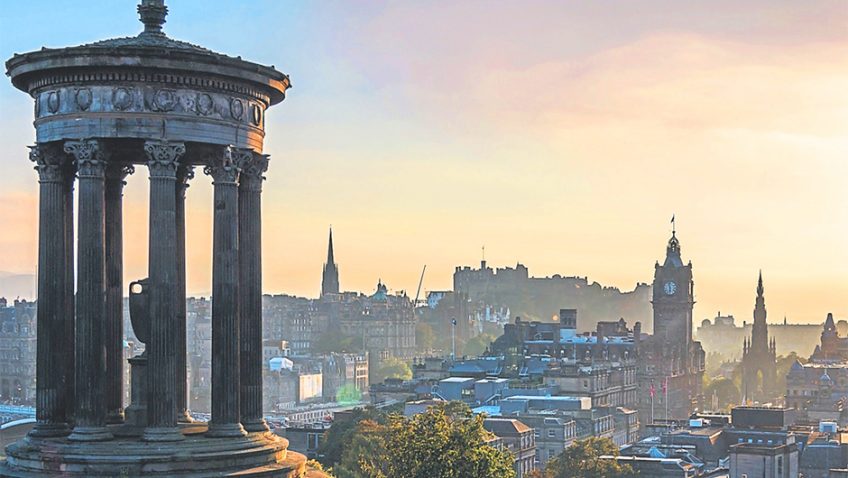 Auld Reekie is not so reekie now!

Auld Reekie is an affectionate nickname given to the grand old city of Edinburgh. It translates to ‘old smoky’, referring to the smoke from the many chimneys that used to spew out across the city – thankfully those days are long gone.

Edinburgh is one of my favourite cities. I remember my aunt taking me to stay there when I was a child. She was Scottish and knew a little bit about the city. My first impression was quite literally ‘what the hell is that noise?’ It turned out to be a piper, welcoming the London train that we had boarded at Doncaster into Waverley Station. It was the first time I’d ever seen a piper, let alone a man in a skirt (though I was quickly admonished by my proud aunt and told, rather sternly, that it was not a skirt, but a kilt!)

My daughter was born in the world famous Simpson’s Maternity Hospital in the city (also the birth place of Ruth Davidson, the leader of the Scottish Conservative Party). Sadly, the hospital is no longer there, and sadly for Ruth, my daughter is not a Conservative either!

The Edinburgh skyline is dominated by the magnificent castle; an image that I’m sure you will be familiar with. But did you know that the castle is built on top of an extinct volcano? And it’s not the only volcano in the city. A short distance from the castle, Arthur’s Seat, the city’s highest point, is a second one – but don’t worry, they have been inactive for around 350 million years, so I think you’ll be pretty safe! 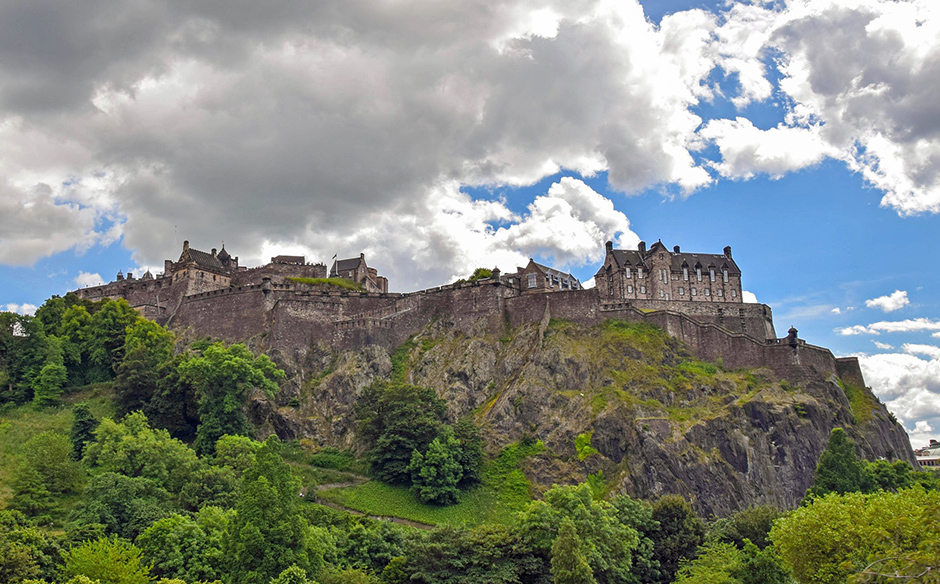 Just off the Royal Mile, one of the city’s busiest tourist attractions, is Holyrood Park, where Arthur’s Seat sits. A circular walk of about three miles reaches the summit with fantastic 360 degree views across the whole city – if you are fit enough, it’s really worth the effort.

The city has a fantastic literary tradition. It was where Scotland’s first ever book, The Complaint of the Black Knight, was published in 1508. Although, I’m reliably told that it’s now out of print. In 2004, Edinburgh had the honour of becoming the world’s first UNESCO City of Literature. Following in the footsteps of some of its famous authors is a great way to explore the city at a leisurely pace.

Take in the aforementioned Waverley Station, named after the Waverley Novels of Sir Walter Scott, written between 1814 and 1832, the first of which was titled Waverley. Take a short walk from the station into Princess Street Gardens and you will find further recognition of the writer – Scott Monument, erected in his honour and said to be the tallest monument dedicated to a writer, in the world.

One of the greatest crime writers of all time was born in Edinburgh: Sir Arthur Conan Doyle, the creator of Sherlock Holmes. Head to Picardy Place where you’ll find the home of Doyle’s birth and, coincidentally, a rather marvellous statue of Holmes himself. If you are in need of light refreshment, head across the road to The Conan Doyle, a pub named in his honour and stacked full of all sorts of memorabilia relating to him.

Do you remember The Prime of Miss Jean Brodie, written by Muriel Spark? The author was born in the city in 1918 in Bruntsfield Place. Miss Brodie is believed to have been based on one of her schoolteachers who helped inspire Spark to write. Apparently, the book was written in just four weeks, all longhand, on four jotters bought from the James Thin bookshop in the city. If you’re a fan, then head over to The National Library of Scotland on George IV Bridge, just up from Princess Street Gardens, where an exhibition in celebration of her life is being held until May this year. The exhibition includes the original manuscript of the novel, and other personal belongings, such as betting slips for wagers on a horse that she bought from The Queen.

But any trip around literary Edinburgh would not be complete without mention of Inspector Rebus, the creation of the author Ian Rankin, another Edinburgh born writer. Rebus first made his appearance in 1987 and has been solving crime in and around the city since then. Described on Rankin’s website as ‘a professional misanthrope, made more cynical by the job he does. He delights in flouting authority; he smokes and drinks; he doesn’t play by the rules. He is the ultimate maverick cop who prefers ‘old-school’ graft to new-fangled modern-day policing methods. He’s a flawed, pessimistic, multi-layered character, a troubled, brooding soul and a cynical loner who can find no solace in faith, who’s obsessed with work, and happiest when propping up the bar of his favourite pub, The Oxford Bar, a glass of IPA in his hand.’

There’s even an app that you can download to help you explore the locations used in the novels, and, you never know, if you pop into The Oxford Bar for a pint (yes it does exist) you might just see Rankin himself.

These are just a few of the literary associations of Auld Reekie, but there are many more. If you have a favourite that I’ve not mentioned, why not write to me and tell me; I’d love to hear your thoughts. Take a trip, be inspired and lose yourself exploring a great city.