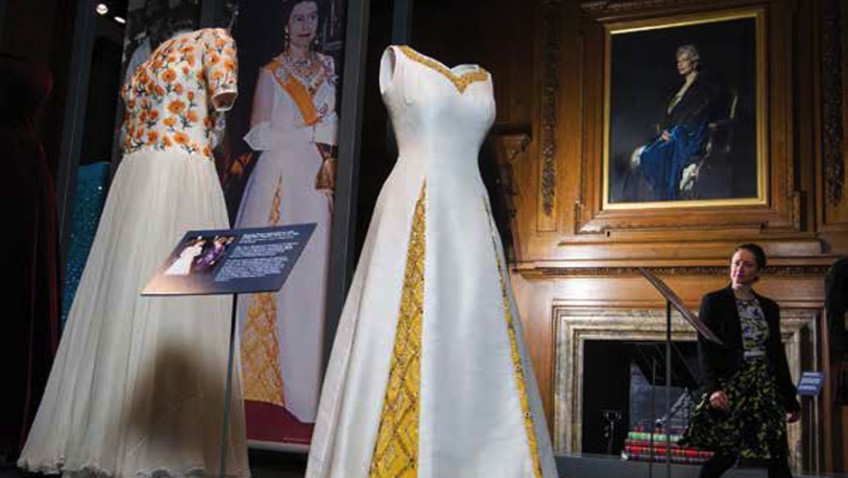 Fit for a Queen

One of the largest-ever exhibitions of outfits worn by the Queen dating from her childhood to the present day is now on public display.

Fashioning a Reign: 90 Years of Style from the Queen’s wardrobe, is the first of three exhibitions featuring the monarch’s clothing in celebration of her landmark birthday.

The outfits on display at the Palace of Holyroodhouse in Edinburgh chart her life from childhood to the present day and represent family, official and ceremonial occasions.

Exhibits include pink coats with matching bonnets worn by Princess Elizabeth and her sister Princess Margaret at the Service of Thanksgiving for the Silver Jubilee of their grandparents, King George V and Queen Mary in 1935.

They also wore them for an official visit to the Palace of Holyroodhouse with their parents King George VI and Queen Elizabeth in 1937.

Other outfits include those designed by British couturier Norman Hartnell, who was knighted for his services to the Royal Household in 1997.

For a state banquet at the Royal Palace of Bangkok during the Queen’s state visit to Thailand in 1972, he created a silk-cotton evening gown, encrusted with crystals, sequins, beads and diamantes.

Also on display for the first time is the mantle of the Most Ancient and Most Noble Order of the Thistle – the highest honour in Scotland.