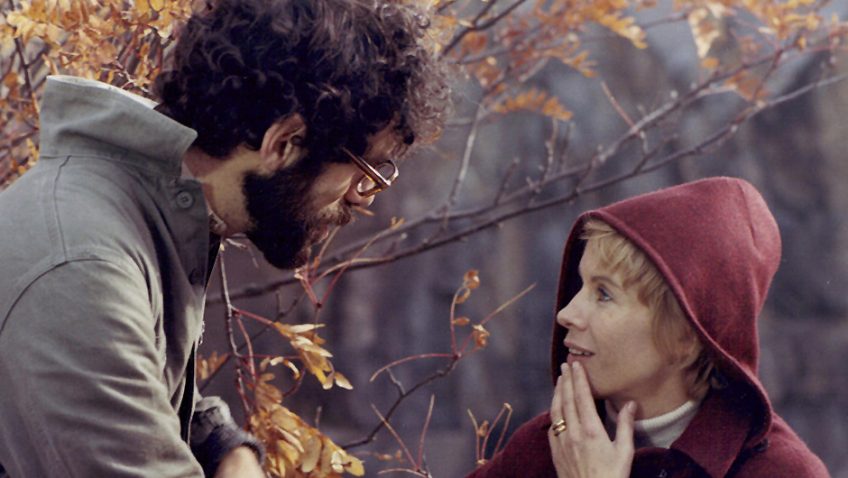 The Ingmar Bergman season, now in its second month, continues at the British Film Institute, Southbank, London. Persona, is now replaced by The Touch

as the film on an extended run film, but, unlike Persona, it is not well known. Released in 1971 – although the current restored print is the original bi-lingual version – the film is distinctive for several Bergman ‘firsts’ and one ‘last.’

It is Bergman’s first film in English; his first love story (according to the director); and Elliott Gould is the first American to star in any Bergman film. Sheila Reid, who has a small, but pivotal, role, is the only British actress to appear in any of his films. It is also Max von Sydow’s last role in a Bergman film. Riveting from start to finish, and worth seeing for Bibi Andersson’s great performance alone, if the film is not high on anyone’s must see list it might be because of Gould’s casting, his character and a back story that seems more tacked on than integral to the plot.

This plot, a love triangle in which a married woman has an affair that threatens her marriage, is basic and hardly original, but Bergman could turn reading a parking ticket into art. The atmosphere, settings and production design itself could occupy your mind for 108 minutes.

In a traditional Swedish village, Karin Vergerus is happily married to her handsome, fair skinned, responsible and caring husband, Andreas (Max von Sydow) who is a medical doctor. They have two lovely children. When the film begins Karin’s mother, with whom she was very close, dies and Karin’s tears attract the attention of an impetuous American archaeologist, David Kovac, an acquaintance of Andreas. A tad scruffy and with a thick head of dark curly hair, and hair everywhere on his body, too, David seems to be the opposite of Andreas.

Karin invites David for dinner where he talks about his work. He is researching the discovery of an ancient wooden statue of the Virgin Mary that was hidden in the local Church during the middle ages, but is being eaten from the inside by a parasite. Suddenly David disrupts the cordial and polite dinner by telling Karin that he fell in love with her at the hospital. He seems oblivious to the fact that Andreas is making coffee within earshot.

If Karin is shocked and offended, she is also intrigued. Soon after this dinner she decides to dispense with the maid and do the housework herself – a psychological reaction that tells you a lot about Karin’s need for Dutch courage. When David invites her to his place, she agonises over what to wear, another wonderfully astute way of expressing her feelings over what she is about to do. 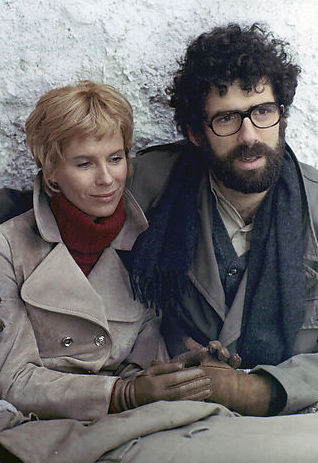 Bibi Andersson and Elliott Gould in The Touch

David’s downmarket building and his depressing, dark and badly furnished apartment is the opposite of her bright, comfortable, immaculate home, but we notice this more than Karin. Nervous and uncertain about her first affair, Karin blabbers on about meaningless personal details as though attempting to put off the inevitable. Finally, she suggests that they take off their clothes ‘and see what happens’.

What happens is not exactly what Karin expects. The sex is not the only thing that is unpredictable. David suffers from violent mood swings and the first time he strikes Karin we hope she will get up and leave. The second time, we know that David has somehow managed to find a woman who appears to be as needy as he is. While he is possessive and seems unable to live without her – during a trip to the States, they write passionate letters to each other daily- he resents and despise her bourgeois life style and thinks nothing of jeopardising her marriage to Andreas.

Despite his overbearing conduct, Karin leaves a formal dinner party with Andreas’s colleagues to visit David. She used to bother with excuses, but as if she is being driven to him on auto pilot, she dispenses with excuses. While Andreas suspects something, an anonymous letter confirms his suspicions.

Bergman hired Gould after seeing him in Getting Straight (1970), in which he plays a teacher forced to confront his values when he becomes involved with a student protester during campus demonstrations. Gould was also one of the most bankable actors in the world after the success of his comedy M*A*S*H, but he is no matinee idol. No one but Bergman would have thought of casting him as an homme fatal and home wrecker in a European melodrama.

Nothing about his personality in the film can convince us that the relationship is more Beauty in the Beast than a Belle de Jour. Unless Karin is even more compassionate and selfless than we realise, the only explanation for her obsession with David must be to a morbid fascination with the dangerous brute (Marcel in Belle de Jour). For the central relationship to be credible there has to be something attractive about David and there is precious little. Pierre Clementi in Belle de Jour may have been a gangster with a few screws loose, but he was a sexy one.

It is when Bergman introduces the Holocaust that killed his relatives that things start to unravel. Is this really supposed to explain his character? Gould looks Jewish and was, in 1971, the right age to have parents and relatives killed in Nazi Concentration Camps, but it messes up the story and feels oh, so anticlimactic.

In addition to taking us down a path that leads nowhere, this revelation confuses an intense and truly eerie scene when Karin tracks down David in America. It turns out that there is another love triangle – or a triangle of obsession – in the background that has been eating away at David from the inside. It’s a shame this development is sprung on us, rather than having been embedded into the film to make David more mysterious than weird, and more vulnerable than offensive.