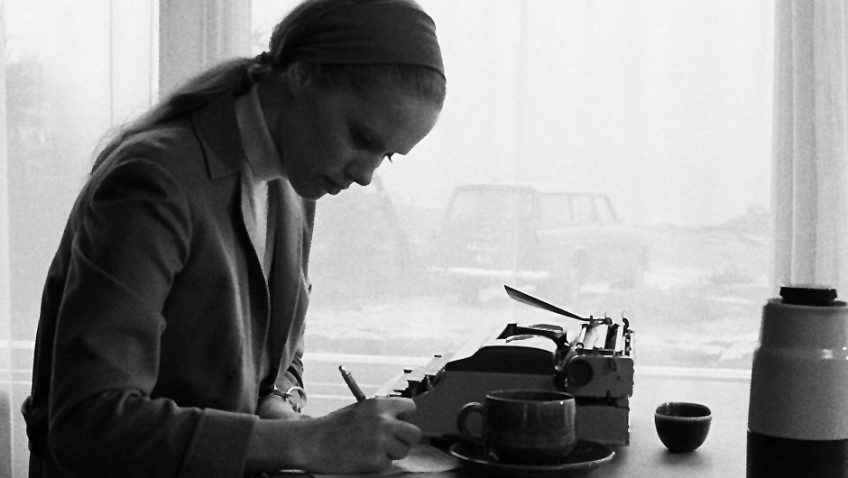 The BFI is giving the late Swedish filmmaker Ingmar Bergman a three-month ‘definitive’ retrospective and if any director merits it, Bergman does. For neophytes, cinephiles and Bergman fans, this is a once-in-a-life opportunity as the BFI are scheduling everything he wrote and directed for the big screen (some 50 films) and the small screen including Scenes from a Marriage (1973) and the uncut television version of Fanny and Alexander (1983). Not many directors can withstand such scrutiny, but Bergman is to film what Cézanne was to painting. Almost everyone who saw his work was consciously or unconsciously influenced by it.

This influence continues. Andrey Zvyagintsev’s Loveless, Best Film winner at this year’s London Film Festival, was not only influenced by Bergman’s Scenes from a Marriage but Zvyagintsev will be introducing the film in a screening that sold out instantly. And those who know of Bergman’s ‘faith’ trilogy that ends with The Silence (1963) might think that Martin Scorsese had Bergman in mind when he gave his own ‘faith’ film from 2016 the title Silence. Though Winter Light (the second of the trilogy) is closer in theme to Scorsese’s film, it lacks that provocative, existential title.

The retrospective is an opportunity to revisit the well-known classics you have never seen or that you might vaguely remember from your youth. These might include Summer with Monica (1953); Smiles of a Summer Night (1955), Wild Strawberries and The Seventh Seal (both from 1957); Cries and Whispers (1972) and The Magic Flute (1975) to the lesser known The Touch. Filmed in English, The Touch added American star Elliot Gould – who had just appeared in Robert Altman’s hit comedy Mash – to Bergman regulars, Bibi Andersson and Max von Sydow. Even when making a film about a knight playing chess with the personification of Death during the Black Plague (The Seventh Seal), Bergman always appears innovative, relevant and avant-garde.

And that is exactly what Persona

was considered in 1966 when Bergman brought the liberated, experimental Sixties to the remote island of Farӧ in a two-hander vaguely reminiscent of The Silence – and then again, like nothing you had ever seen before.

A pretty, chatty and sensuous nurse, Alma (Bibi Andersson) is charged with caring for the beautiful, sophisticated, famous actress Elisabet (Liv Ullmann) who is unable to speak. Her doctor (Margaretha Krook) believes she needs a rest. The two women go off to the doctor’s remote country beach house where they bond and then clash. Or is it all in Alma’s imagination?

Elisabet, like the elder sister in The Silence, is ill, but not physically. Her illness derives from a breakdown, significantly experienced during a performance of Electra, and she has been mute every since.

At first it seems natural that Alma would want to fill the void and cheer up her patient by talking. But with such a captive and receptive audience, Alma gets carried away. She unmasks herself, and recounts in all its lurid detail the story of her part in a shocking beach orgy when she was a teenager. Still she continues, and seems flattered that a celebrity of Elisabet’s standing would listen so sympathetically to her ramblings. As the audience has to listen to (or read) Alma’s relentless monologue, too, we are in a position to imagine that Elisabet might be less than enthralled. In any event, Alma begins not only to identify with Elisabet, but fantasize about their relationship. She believes that Elisabet enters her room one night, an act that Elisabet flatly denies with a shake of her head. This suggestion of a lesbian relationship is also intimated in The Silence, but remains only a suggestion.

Eventually Alma becomes frustrated at Elisabet’s silence, and urges her to say anything – even nonsense words – but in vain. Alma needs some sign to suggest how Elisabet feels. This sign is revealed, though in writing, not in words, in a scene that opens up the plot or story, making it more accessible and credible. On her way to post a letter for Elisabet, Alma, overwhelmed by curiosity, stops the car to read it. The letter symbolises a form of communication still open to Elisabet, one that unites her not with her nurse, but with her psychiatrist on the mainland.

No spoilers here, but if we have formed our own views of Alma, the letter brings a much needed new dimension to Elisabet’s character and shifts the balance in the relationship. At this point Persona

might remind us again of The Silence (1963), but you could be forgiven for thinking of What Ever Happened to Baby Jane? (1962)

At the heart of Persona

are questions about the nature of language and communication, epitomised by references to the theatre, the purpose of which is to communicate and to move the spectator. Electra is a tale in which women are just as capable of extreme violence and revenge as are men. The silence that afflicted Elisabet in mid-performance was no doubt a response to the emotional trauma of performing in Electra. But Elisabet’s silence – and her betrayal of Alma – begins to affect the nurse’s sanity. Just who is the needier woman? Persona in Latin means ‘a theatrical mask’ which in one haunting image, is symbolised by the two women’s faces appearing like orbiting spheres. But the title opens up all sorts of interpretive possibilities as persona also refers to the person who is understood to be thinking or writing the theatrical work.

: Is it a profound, intelligent and gripping masterpiece or a tedious and pretentious self-indulgence? Here’s your chance to experience the film or re-evaluate it.