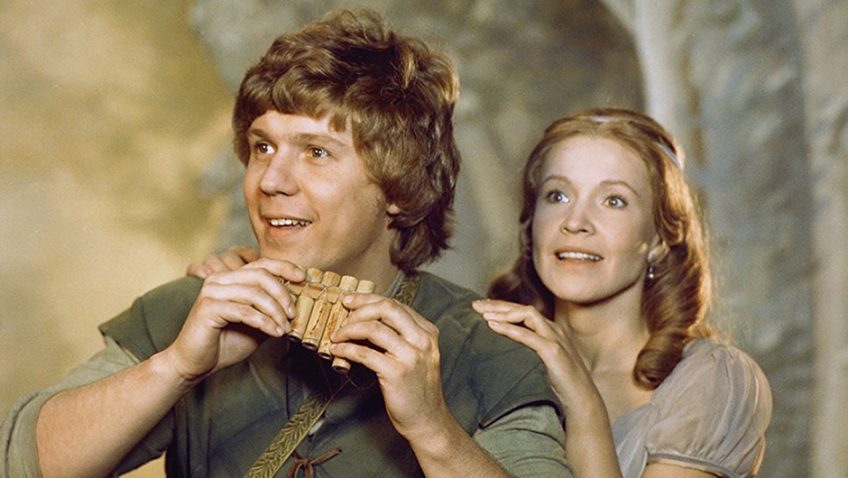 The Magic Flute (BFI) Harmony, truth, friendship, enlightenment and redemption: what more could any self-respecting Freemason want? Ingmar Bergman, making a film for television in 1974, reconstructed the Drottningholm Theatre in a studio and staged the sort of performance Mozart would have received at its premier in 1791. During the Overture he observes audience’s reaction and during the performance he occasionally takes us back stage. Everybody sings in Swedish and there are sub-titles in Swedish and English. Håkan Hagegård is Papageno. Birgit Nordin is Queen of the Night.

The Touch (BFI) was Ingmar Bergman’s first English language film. Is it possible for a bourgeois housewife (Bibi Andersson, excellent) to live two lives – one with her dull husband (Max von Sydow), the other with a volatile, immature, insensitive, unreliable, deeply disturbed and singularly unappealing bohemian (Elliott Gould) who is liable to beat and rape her? The affair is miserable. The sensible thing would be to break it off. The key image is a 500-year-old wooden Madonna statute which is being eaten from the inside by a hive of insects. Audiences in 1971 expected an Ingmar Bergman film to be in Swedish with sub-titles and it didn’t do well at the box office.

They Came to a City (BFI). A cross-section of people – working, middle and upper class plus aristocracy – are offered a vision/a dream of what Britain could be like – an utopian city of universal friendship and everybody living in harmony. J. B. Priestley’s facile sermon was initially a stage play. The original 1943 West End cast, headed by John Clements and Googie Withers, all appeared in the 1944 film. The socialist propaganda was aimed at the first time Labour voter looking for a better and fairer Britain once the war is over. The best performances were by Raymond Huntley and Renee Gadd as a selfless husband and his selfish wife. The film was a commercial disaster.

Bombshell: The Hedy Lamarr Story (Dogwoof). Austrian born Hedy Lamarr (1913-2000) was billed as the most beautiful woman in the world. “Any girl can be glamorous,” she said, “all you have to do is stand still and look stupid.” She became famous in 1932 in a Czech film, Ecstasy, in which she appeared completely naked. In Hollywood she played sultry femmes fatales. She was never an actress. Her best known role was Delilah, opposite Victor Mature’s Samson. Alexandra Dean’s interesting documentary makes it clear that she was an inventor and developed a radio guide system (frequency hopping) to guide underwater missiles. Lamarr married six times and when she lost her looks she took to plastic surgery which went so disastrously wrong she became a recluse.

Cure (Eureka) is a Japanese psychological thriller which was directed by Kiyoshi Kurosawa in 1997. What motivates a criminal? Could it be the Devil? (I read the other day that more people believe in the Devil than they do in God.) A serial-killer, a student drop-out (Masato Hagiwara), is inciting people to murder by hypnotising them. He studied mesmerism at university and his home is chock-a-block full of books on personality disorder. Will he drive the detective (Kôji Yakusho), who is trying to nail him, to murder, too?