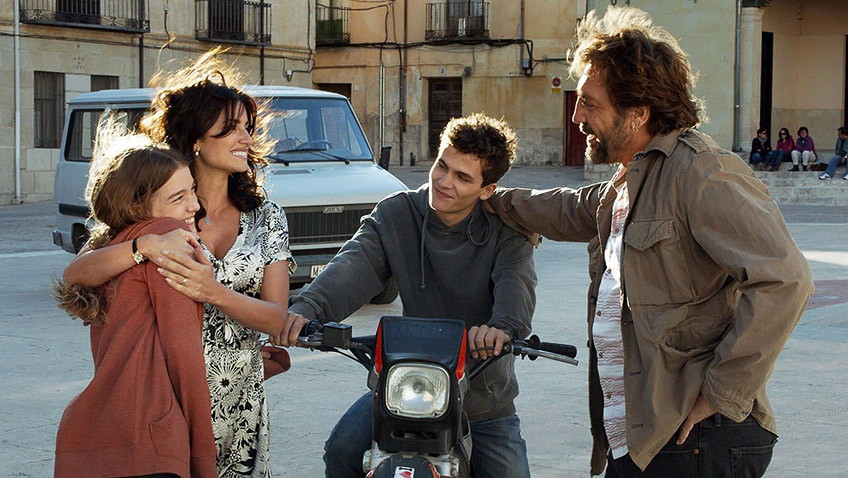 It’s important to begin with Iranian writer/director Asghar Farhadi. He has made four films, and two of them, both shot in Iran and in Persian, won the Academy Award for Best Foreign Language film. That puts him in an elite league with Akira Kurosawa and René Clément, but his batting average is a lot higher as he is less prolific. Farhadi’s acclaimed third film, The Past was shot in France and in French and his latest, Everybody Knows

was shot in Europe in Spanish. It would be presumptuous, and churlish perhaps, to postulate that his films need Iran as much as that country needs Farhadi, but despite a dream cast, Everybody Knows

is more like a Mexican télénovela than the devastating, cohesive poetry of his best work.

Farhadi’s name attached to his own script attracted three of the top Spanish speaking actors in the world today: Academy Award winners Penélope Cruz (Vicky Cristina Barcelona) and Javier Bardem (No Country for Old Men); and Ricardo Darín: the Argentinean star of the Academy Award winning film The Secret in their Eyes who made grown women swoon. While Cruz and Bardem are now married in real life, they play former lovers who, now married to other people, are reunited at a family wedding and drawn together by a loss and a secret.

The film can be divided into three parts, although the third can be subdivided. The first is the central family’s arrival in a small Spanish town; the second is a family wedding; and the third is a kidnapping tangled up with a mystery that the viewer could never reasonably be expect to solve.

Laura (Cruz) has made her life in Buenos Aires with husband Aléjandro (Darín), but when the film opens she is returning to her native village outside of Madrid for a family wedding. After quite a slog lasting some twenty minutes the viewer pieces together most of the family connections beginning with the most obvious: Laura’s teenage daughter Irene (Carla Campra) and her younger son. Everyone is in high spirits, and upon arrival at the family home, Irene goes for a motorcycle ride with her Spanish boyfriend Felipe (Sergio Castellanos), as handsome as she is pretty.

The following day we accompany the extended family to the church and then back to the house for a big party that seems to go on forever, during which nothing happens. The joy of the wedding celebration instantly turns to tragedy, however, when Irene, who retired to bed before the family, either inebriated, drugged or just jet-lagged, was discovered missing. Though Paco is married to Bea (Bárbara Lennie), he takes the initiative to find Irene and Laura accompanies him.

They return in defeat and despair and the exaggerated smiles of the film’s first forty-five minutes never return. Laura receives a message telling her, ‘we have your daughter’ and demanding a ransom. Of course, mention that if the police are notified they will kill her daughter. 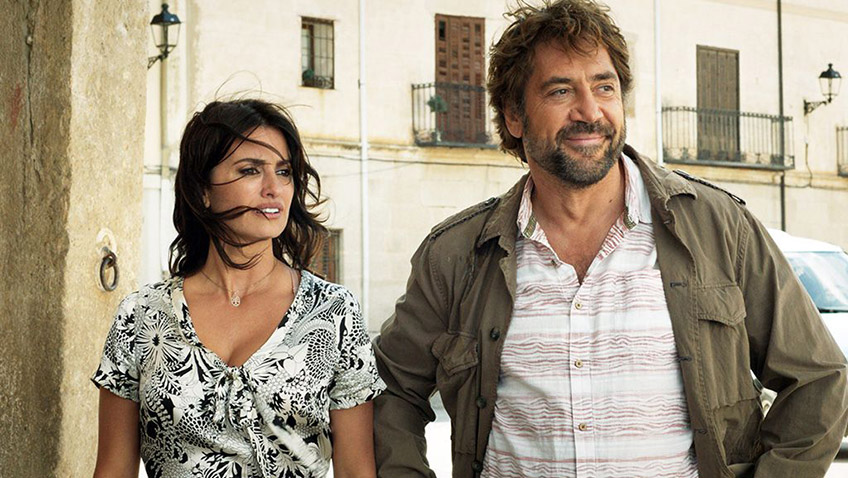 Javier Bardem and Penélope Cruz in Everybody Knows –

Who is behind the mysterious kidnapping? Camera footage from the wedding indicates a few suspects – migrant workers – but there are no leads. Or are there? It had to be someone who knew that Laura and her children were coming to Spain and thought that Alejandro was wealthy because of his previous donations t the town’s church. One clue is the fact that Bea, is, for some bizarre reason, receiving the same messages from the kidnapper as Laura. Why would that be the case? But isn’t kidnapping all down to money? When a distraught Laura asks why, of all the children at the wedding they had to take Irene, her own relative says, ‘because Alejandro is the only one who could pay the ransom.’

It is then that Laura admits that Alejandro hasn’t worked in two years and the family is close to bankruptcy.

Throughout the second half there are discussions about and references to a big land dispute at the heart of the plot and this leads to the big reveal. We learn that before leaving for South America, Laura sold a plot of land to Paco at a low market price as she needed the money. Accusations of theft appear to be the bigoted (he refers to Paco as a ‘peasant’), bitter and jealous ramblings of Laura’s father after too much to drink. The truth it seems is that Paco was trying to help Laura who desperately needed the money.

Over seven years, Paco turned the barren land into a profitable vineyard affording employment to half the town. And now only Paco is in a position to pay the ransom. But why should he?

Instead of a nail-biting kidnapping and an intriguing and satisfying, ‘who-dun-it’ mystery, the third part of the film turns into a melodrama, but to say much more would be a spoiler. What is fair to say is that the kidnapping takes place off camera and there is no suspense there, while the mystery never involves us as we cannot possibly make educated guesses as to the identity of the culprit(s). The film gets interesting when a retired police officer (José Ángel Egido) is brought in to advise on the kidnapping and he starts asking the right questions. The best acting occurs when Laura, Paco, Bea and Alejandro have to face the truth and realise that their present emotions are tied up in the past.

It is in the second half of the film where Farhadi’s skills in directing and writing about relationships (The Salesman, About Elly, A Separation) comes into view. But with almost everything the two central couples are arguing and despairing about having occurred in the past, the audience can never fully engage with the actor’s levels of emotion. Of course, past actions, decisions and secrets have present day consequences, and indeed this is a theme in the film. And while Farhadi has his fine actors tell us this tale with heightened emotion, it remains second hand rather than experienced.