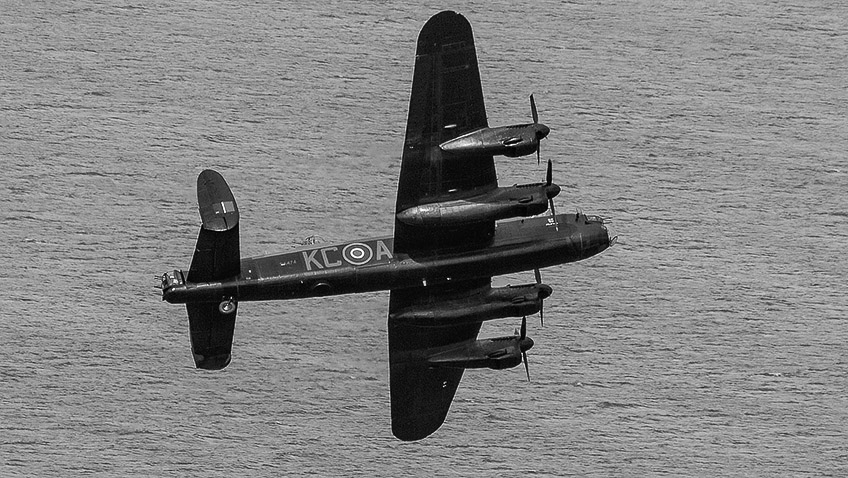 As we approach 75 years since the “Great Escape”, CEO of the RAF Benevolent Fund, Air Vice Marshal David Murray, CVO, OBE shares his thoughts with MT:

‘This month marks 75 years since the “Great Escape”, when 76 prisoners of war escaped from German Prisoner of War camp Stalag Luft III, in what was a daring, heroic act. Tragically, 73 of the escapees were recaptured and 50 of them were subsequently shot in retribution. Just three found freedom – but that wasn’t the point. The escape wasn’t about escaping, instead it was an attempt to aid the war effort by making life difficult for the other side.

We all remember and recognise the sacrifice made by that entire generation. Sadly, just a few are still with us. Fred Sutherland, who was one of two living Dambusters, died in January this year and now just George “Johnny” Johnson remains from that famed squadron who took on one of the most dangerous missions of the war. Those few remaining Second World War veterans who are still alive are now in their 90s. We should listen to them and thank them while we still can.

However, we must remember that they were not the last generation to serve. As a country, we tend to have a very narrow definition of service and we assume that the Second World War was the last time that our society served en masse. This forgets the contribution made by an entire generation – those who were conscripted for National Service.

The scale of National Service was huge, with more than two million men being conscripted into the armed forces. At one point, 40% of the serving RAF were National Servicemen. It also defined the early lives of an entire generation of young men, along with the lives of their families and dependants. National Service conscripts paused their everyday lives to serve our country. Yet we forget it ever happened.

Partly, this is because we think of the years following the Second World War as peaceful. We remember the conflicts which came decades later, like the Falklands, Iraq and Afghanistan, but not those which came immediately after.

We forget what the world looked like in the 1950s and ‘60s, a time defined by the break-up of the British Empire, a broken Europe and the chilling new realities of the Cold War. A time when Britain, and its National Servicemen, were involved in conflicts across the world.

In total, 395 National Service conscripts died fighting in the fading embers of Britain’s Empire, in far flung places like Malaya, Suez and Kenya, or on the Cold War battlefields of the Korean Peninsula and Central Europe. Many others stood ready as the first line of defence against the Soviet threat. Thousands more policed and administered countries ravaged by the effects of the Second World War. This generation’s sacrifice was real and significant.

Today, these legions of once young men are, along with their dependants, fighting new battles, often associated with older age. Rather than facing insurgents or handling the mess and chaos left by the Second World War, many are now dealing with financial hardship, bereavement or loneliness.

Currently, many of these people are facing these challenges without support. Yet there is no need for them do so. Help is out there, but too few National Service veterans are aware or willing to seek it.

Why? When speaking to National Service veterans, we find that they are often reluctant to recognise their own personal service. They are either too proud to seek support or don’t see their service as something which deserves recognition, or as a debt that needs repaying. Therefore, they avoid seeking help. Wrongly, they often assume it should go to someone else – someone “more deserving” than them.

These veterans, who gave part of their youth to our country and stood ready to give so much more, clearly deserve our support. The challenge is getting them to either seek or accept it.

To do so, we need to remember and openly acknowledge the sacrifices they made. Part of the reason these people talk down their service is because society does so as well. We do not remember National Service, nor what it entailed. It is time that it was talked about, remembered and honoured.

We must also start thinking about the RAF veterans themselves. We believe that almost everyone knows at least one National Service veteran. It could be your dad, uncle, aunty, friend, neighbour, your mate in the pub or the club (or, it could be you). Talk to them and, if they need support, help them find it by coming to the RAF Benevolent Fund.

The scale of the challenge is large, but it can easily be overcome if we all play our part. Together, we can ensure that the generation who undertook National Service are not forgotten, nor left to fight older age alone.’

The Royal Air Force Benevolent Fund is there to support all of the RAF Family – from those currently serving, to veterans and their dependants, including those who did their National Service in the RAF. To refer someone in need, get in touch via www.rafbf.org or call 0800 169 2942