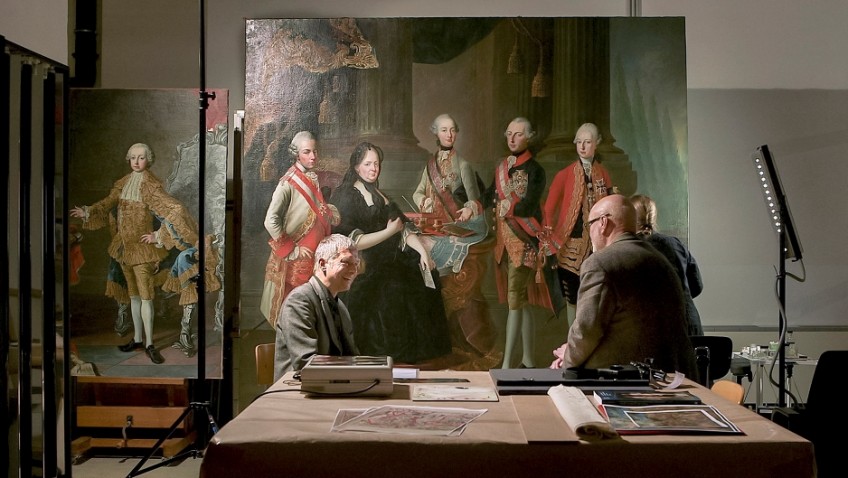 An exposé of the tension between art versus commerce

The Museum of Fine Arts in Vienna, or, the Kunsthistorisches Museum, which opened in 1891, was commissioned by Emperor Franz Joseph I of Austria-Hungry to house the Hapsburg dynasty’s huge collection of art and artefacts. But Holzhausen’s film is more than a tour of the ornate, palatial galleries and a privileged birds’ eye view of the running of the museum: it is a tacit exposé of the tension between art versus commerce in a world very different from that of Franz Joseph.

It is therefore a shame that Wiseman’s technique might prove frustrating for those who know little about the Kunsthistorisches Museum, even when the language barrier is partially bridged with snippets of English and sub-titles.

What does come across is the continual struggle to turn this massive repository of a tarnished family name into a commercial enterprise, competing with Europe’s other great museums.

The work of improving the collections, conserving the current holdings and maintaining the building is squeezed between government budget cuts and the increasing visitor demands.

We witness Count Czernin donating his father’s ceremonial Imperial Chamberlain uniform to the museum; rare in its pristine condition and a valuable addition to the collection.

But when two members of the team go to auction to bid for an item that will help plug gaps in this collection, they are easily outbid throughout the day.  It is as depressing for us as it is frustrating for the buyers. Along with an uncomfortable budget meeting, a view of conservation work, and an informal, rather sad, retirement party for the departing head of the Arms and Armour department, we see the attempts at creating a respectful but more contemporary marketing appeal.

The trick is to appeal to royalty and history lovers with the grandeur and romance of the imperial past, without turning off those who consider it a stuffy bore.  The staff know that, in addition to the Bruegel room, there is plenty of great art to see in the museum.

Director Sabina Haag (who speaks fluent English) is also aware of the cost of maintaining that collection and the pressures to enhance it.

Plans are underway for the 2013 re-opening of the costly ‘Imperial Chamber of Art’ which was closed for the past ten years for renovations. Visiting British Museum Director Neil MacGregor (fluent in German) marvels at the ceilings and architecture which, he exclaims, are unlike anything we have in the UK. Here are rooms that are not only contemporary with, but complement the objects within them. What we have in the UK are bright, modern spaces with cappuccino bars and shops.  Will the new display cases and modern chandeliers commissioned from Danish-Icelandic artist Olafur Eliasson (creator of the Tate’s Weather Project) be enough to lighten the heavy Hapsburg legacy?

But the bigger question remains: The famous Bruegel Room aside (celebrated in the wonderful film, Museum Hours), how do you make the Hapsburg dynasty, which ruled most of Europe (and even Mexico) for seven centuries as a  barrier to democracy and progress, relevant and contemporary for new audiences?

And how do you balance the need to care for and conserve the past with the demands of future generations?