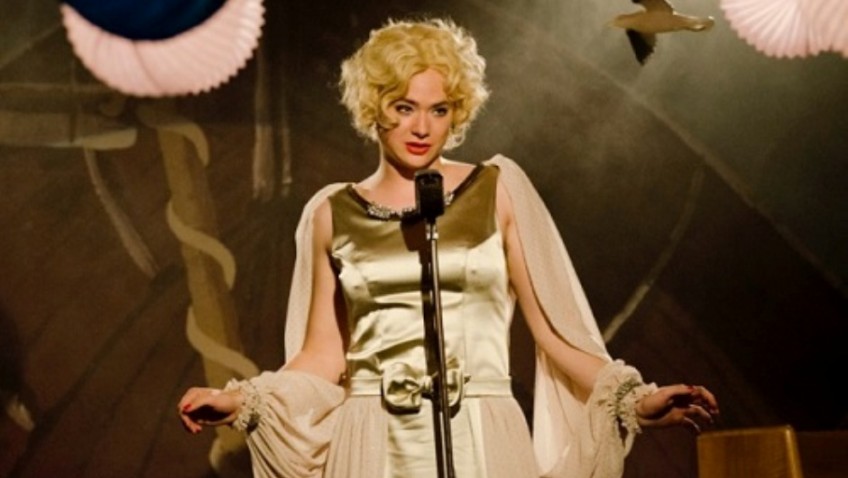 Zurich-born Writer/Director Stefan Haupt’s low-budget, engrossing docu-drama is a double-biopic about the first gay couple to marry legally in Switzerland. Their story is set against the history of the gay rights movement in that country from the 1950s to the present.

Now a married couple in their 80s, the men’s younger lives, and the gay rights movement of which they were a part, were centred around a publication founded in the 1930s called The Kreis, or The Circle, from which the film takes its title.

The Circle was the only gay publication that survived the Nazi period in Europe, perhaps because homosexuality was never a crime in Switzerland.  But, following a series of murders, in 1960 the publication was crippled by a law passed in Zurich that forbid same sex dancing on municipal property. This deprived the publication of its largest source of income: its annual ball.

The film is worth seeing if only for the parallels between today’s anti-gay authoritarian governments in the Middle East, Africa and Russia, and our own country, that, in the 1950s and 60s, ruined and cut short many lives, including that of the mathematical genius Alain Turing.

From 1948, The Circle was run by Rolf (Stephen Witschi), an alias for the Swiss actor Karl Meier, and two editors in a rented pub that served as a meeting place for Zurich’s gay population.

Every year its costume ball attracted gays from all over Europe and America. As noted, it was a major source of income for the publication.  The publication influenced other publications that, in time, began to compete with The Circle and eventually replaced it.

A shy, still uncertified French teacher at a girls’ school, Ernst Ostertag (Matthias Hungerbühler) becomes involved with the Circle.  Through the organisation, he meets and falls in love with the handsome, young drag queen singer Röbi Rapp (Sven Schelker).

Ernst, who is teaching Albert Camus, is advised by headmaster Max Sieber (Peter Jecklin) to teach the classics until he is certified.  Unbeknown to Ernst at the time, Sieber, who is married with two daughters, risks being exposed by a rent boy.

Röbi takes Ernst home to meet his warm-hearted, single mother, (the great German actress Marianne Sägebrecht), who not only accepts her son’s homosexuality, but welcomes his ‘boyfriend’.

Under pressure from Röbi, Ernst, who has never ‘come out’ to his family, invites Röbi to a strained tea at the comfortable home of his cold, conservative, bourgeois family.

The touching love story of a school teacher and a drag queen is unobtrusively inter-cut with interviews from those involved in the drama, including Ernst’s sister, who tells us that it was only many years later that Ernst ‘came out’.

Though most of the acting is excellent, the stars are the real Ernst and Röbi: an elderly couple, who sit closely side by side. They add their recollections to the film, sometimes contradicting one another with a loving smile.