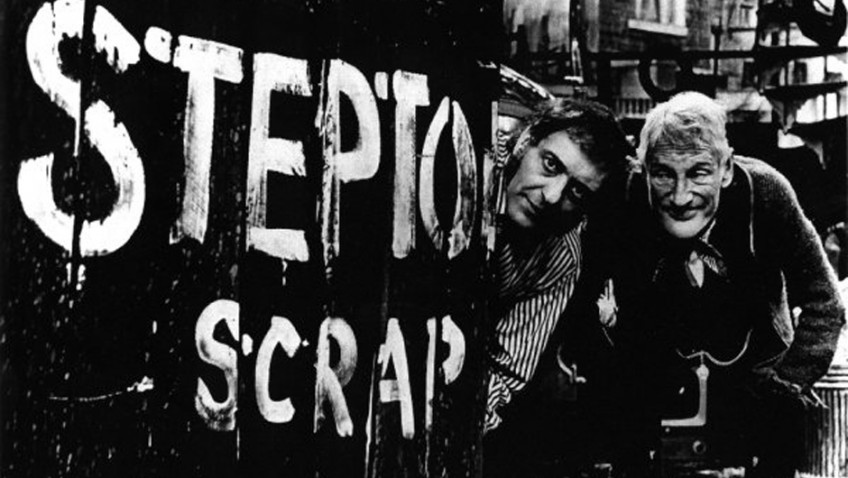 Today there are very few programmes made for television that I would class as a ‘situation comedy’, but in the early days of domestic broadcasting they were a staple of family viewing.

We were one of the lucky families who had our own television set at the start of the 1950s so my viewing memories extend back to that era beginning with Mr Pastry. Richard Hearnes played the hapless old gentleman who was identified by his scruffy moustache and bowler hat.

I have found some clips of him on Youtube playing the sousaphone and dancing the lancers on his own: brilliant comedy.  He delighted children and adults for over 30 years with his slapstick antics.

Other black and white favourites from the 1950s were Billy Bunter and Jimmy Edwards in ‘Whacko’, – both school based shows that probably would not find an audience today as it was so un-PC!  June Whitfield also appeared in Whacko and still shines today as a comedy star. 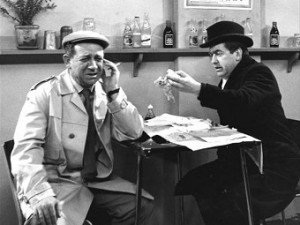 More enduring situations were portrayed in Hancock’s Half Hour starring Tony Hancock which moved from radio to TV in 1958.  The neurotic man from Railway Cuttings, East Cheam continues to influence comedy today.

It was mainly the old variety stars who populated our screens is the 50s, such as Arthur Askey, but in the next decade the sitcom came into its own and we now have a real hoard of treasured memories to share.

Sykes and A… was one of the best – in my opinion – with Eric Sykes and Hattie Jacques playing twins living together at 24 Sebastopol Terrace. Each episode was titled Sykes and A… – the theme of the episode completed the title.

Along with their snobbish neighbour Mr Brown, they find themselves in many unlikely and uproarious situations, often with Eric’s almost childlike behaviour largely as the root cause.  Eric Sykes and Hattie Jacques had such remarkable chemistry on screen that many viewers believed the pair to be twins in real life.

Fenner Fashions make high quality clothing. Unfortunately for Harold Fenner (Peter Jones), the shop steward, Paddy (played by Miriam Karlin), is on the look-out for any excuse to take the almost entirely female workforce out on strike. Consequently, every day is a battle between Paddy and Harold, aided (and often hindered) by the foreman, Reg (Reg Varney) but somehow they seem to pull together at the last minute and get things done.

On the surface a fairly standard early-1960s sitcom, The Rag Trade was in fact highly provocative. Whilst every other programme of the day tended to centre around middle-class men, it broke the trend to concentrate on a group of lazy, yet strong, working class women, and struck a chord with the viewing public.

Young bachelor Terry Scott lives with his mother at 33 Lobelia Avenue in Tooting. He passes his days dreaming of easy wealth – no hard work required.  Simpleton Hugh Lloyd is their lodger. When he’s not hard at work at the local aircraft factory, he whiles away his free time getting haplessly roped into Terry’s get-rich-quick schemes.

This hilarious sitcom sees the unlikely twosome encounter all sorts of scrapes and mishaps as bully boy Terry pursues wealth and glory, with the kind but dim-witted Hugh trailing along behind.

Albert Steptoe and his son Harold run a ‘rag and bone’ business. Harold wants to move up in the world and leave home, but his plans are constantly thwarted by his cunning old and cantankerous father.

Steptoe and Son is a real television classic. The fact that the two lead actors hated each other in real life as well as on screen means you couldn’t get a more realistic portrayal of the relationship between the disgusting old widower father and his unmarried son.

From returning to their first home together from honeymoon, to George’s troubles at the office, anniversaries and babies, all the troubles experienced by the husband and wife – including more than a few quarrels – are lovingly explored in this programme.

Bob and Terry are two lads from the North East with contrasting desires and ambitions – except when it comes to chatting up girls.

Two deeply contrasting teenagers learn to cope with working life in the North-East. Bob (Rodney Bewes) is ambitious, a social climber and willing to work to attain his aspirations – Terry (James Bolan) on the other hand, is out for a good time and wants nothing more than beer, lasses and football.

This became an astonishingly popular series in which the characters were to develop further when the series was brought back as Whatever Happened to the Likely Lads? in the early Seventies. 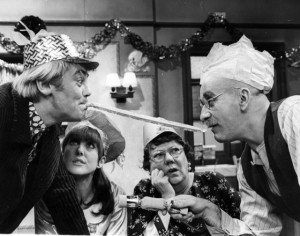 Til Death Us to Part

No review of the 1960 television could be complete without this ground breaking series. Alf Garnett is a working-class bigot whose only loyalties are to the Queen, the Conservative Party and West Ham United FC. He is constantly at war with his “silly old moo” of a wife, his daughter and his son-in-law, the “Scouse git”.

This highly controversial ground-breaking comedy that was immediately popular with the general public. The comedy was derived from the politics of life and family with the ageing Alf forever in conflict with his son-in-law, Mike. Almost every subject was covered and the scripts were full of topical news stories that have, inevitably, dated the show.

Mary Whitehouse, of the Clean Up TV brigade however, took exception to the graphic language used by the characters. The effect of all the adverse campaigning by the moral minority caused writer Johnny Speight to temporarily abandon the show after the third series before reviving it in glorious colour for a 1970s audience.

It is interesting to note that the majority of these sixties shows were firmly grounded in everyday life with ordinary people living ordinary lives.  There was nothing fanciful or very aspirational in them and it was not until the later decades that class became such a central theme to sitcoms.

What were your favourite shows, and do you think any should be revived today?