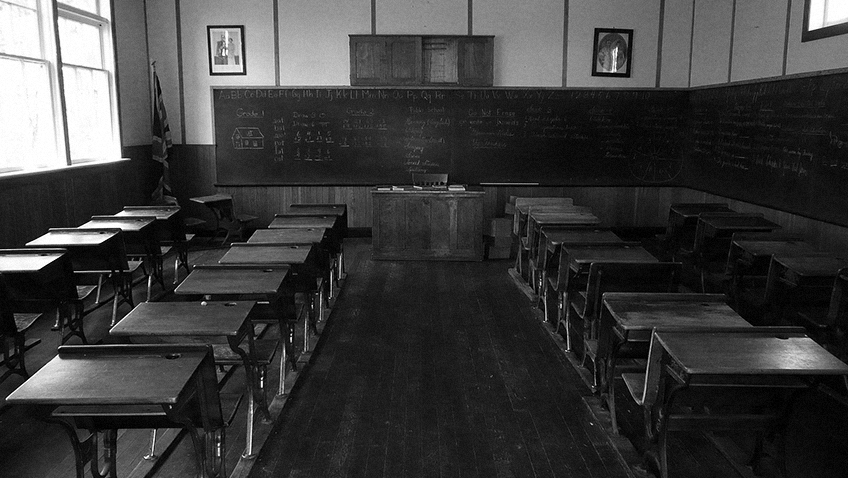 Looking back at … school days

September. Whether you are five or 65, the start of September is almost certainly associated, through distant memory or current reality, with going back to school. For some this may bring a sense of warmth, excitement and new possibilities, for others a sinking feeling of gloom and dread.

Either way, most of us have some distinct memories of our school days. So from PE pants and plimsoles to the 11 Plus and Bunsen burners, we take a few minutes to remember boiled cabbage, custard and the highs and lows of going to school in the 1960s.

For any four year old, starting school is a significant milestone in life; it’s a big deal. But while today, many four year olds have already experienced being away from their parents through attending nursery or pre-school, for the majority of youngsters in the 1950s and 60s, starting school was their first experience of being away from their mothers and for some, it came as rather a shock.

Lining up was one of the first of many routines that were learned on arrival at school. Children were expected to organise themselves into appropriate straight lines in the playground and wait in silence for the call to enter the school building.

Most modern classrooms are warm, colourful places, with groups of tables, every inch of wall covered in bright, stimulating displays and modern technology on hand to support interactive learning. In contrast, the 1950s classroom saw rows of single wooden desks with inkwells and the teacher stationed at the front next to a dusty blackboard. 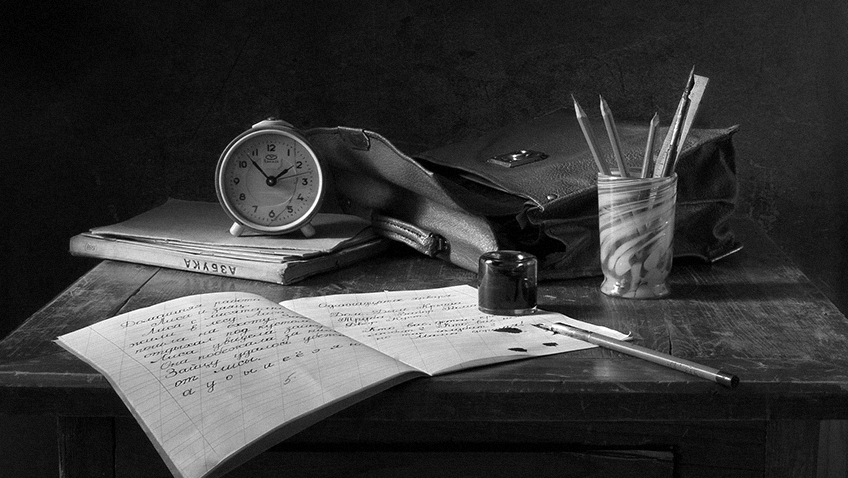 Much learning was done by rote and the chant of times tables could often be heard spilling out of classrooms. Children also learnt, as well as reading and writing, poetry (often by heart), the art of perfectly neat handwriting and PE, which more often than not involved rope climbing, balancing along wooden benches, skipping and throwing bean bags.

Music and movement was also a memorable feature of the school experience. “Music and movement” was in fact a radio programme that schools broadcast to their pupils. It led children in physical activity from stretching to “swaying like a tree in the wind.” Many children marveled at how the broadcast boomed into their school halls at the very moment they’d arrived in their pants, vests and Woolworths daps; this was advanced technology of the time!

School milk, though thought at the time to be a privilege, brings less pleasant memories for many. All children in post-war Britain were entitled to a third of a pint of milk at school each day. It arrived in little glass bottles with shiny tops, but often, by the time it reached the children, handed out by the milk monitor, of course, it was either warm with a layer of thick cream on the top or frozen after being left out in the elements. 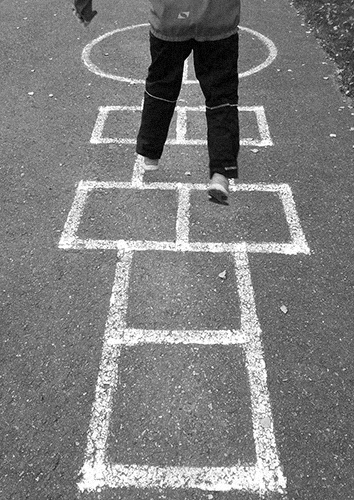 Play times were taken outside, and in many cases, regardless of the weather. Hopscotch, skipping and chase were among the favourites, games which can still be seen in primary school playgrounds of today; times change, but children will always love a game of chase (or whatever they may call it these days!)

Discipline was non-negotiable; it would not have been unusual for a child who didn’t conform to receive a whack across the knuckles or palm of the hand with a ruler or worse, feel the pain and humiliation of a cane or belt.

Summer would bring very British traditions, such as dancing round a May pole and sports day. Before the restrictions of health and safety that we have today, three-legged, egg and spoon and wheelbarrow races were standard. And the focus was on winning!

Before leaving primary school, the forming of children’s futures began with having to take the 11-plus, a series of tests and exams in reading, writing, mathematics and verbal and non-verbal reasoning. The results would determine whether a child sat out their secondary education years at a grammar school or a secondary modern. This was, and still is, a system that divided opinion. Many people felt that a failure to pass the 11-plus meant you were a failure full stop; a mindset and a fate that is difficult to shift.

Chris Horrie, who himself failed the 11-plus, commented in The Guardian, saying that: ‘Between 1944 and 1976 around 30 million people took the (11-plus) test. More than 20 million of us failed. The nostalgia for grammar schools is confined to those who passed the exam, and felt it gave them a chance in life. But the experience of those who failed is rarely – if ever – heard first-hand, for the very good reason that hardly any of them went on to higher education or positions in life where they had any sort of voice at all.’

A child’s experience in secondary school in the 1950s and 60s, did, indeed, depend very much on whether they attended a grammar school or a secondary modern. Those in secondary moderns may remember woodwork for boys and domestic science for girls. Those in the grammars, smart school uniforms, streaming and exam cramming, perhaps.

Our school days certainly conjure a powerful mixture of emotions and all those years ago, laid the foundations for the future. Whatever winding routes we may have taken along the way, our early years and school days formed us and play a significant part in who we have become.

If you would like to share memories of your school days, please write to us at the usual address.