Home / TRAVEL / Looking back at … holidays 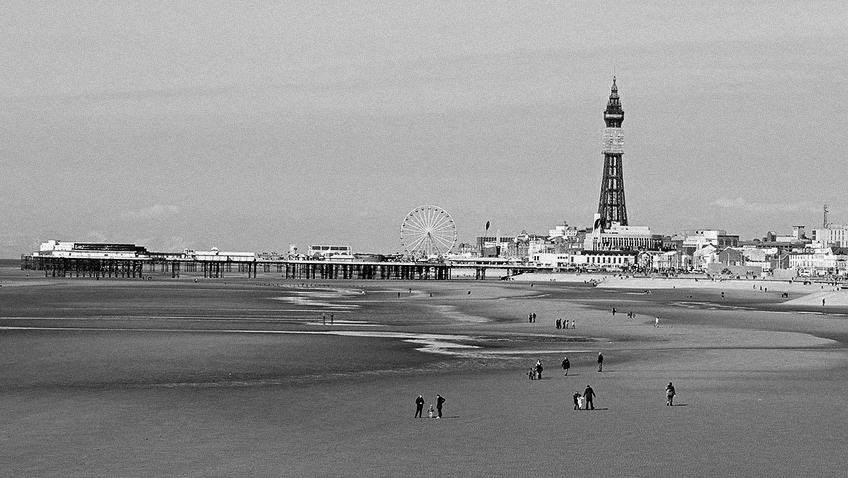 Looking back at … holidays

This month, in the midst of this wonderful, warm British summer, we scroll back through history to take a look at what holidays were like in the 1960s.

Today, jetting off to exotic destinations, or packing your pop-up tent and driving your car to a cool campsite with facilities as basic or luxurious as you choose, is no big deal; most of us are lucky enough to expect a holiday of some description at least once a year and options open to us are both endless and easily accessible.

But the way we holiday has changed radically over the last 50 years; back in 1960s Britain, booking and going on holiday was a very different experience to that of today.

We did love to be beside the sea

Until the early ‘60s, the sunny British seaside had been the ultimate holiday destination for many. In 1949, five million holidaymakers flocked to Britain’s buzzing seaside piers. In the 1950s and early ‘60s, tin buckets and spades, modest one-piece swimsuits, striped deckchairs and donkey rides were a common site in popular resorts such as Blackpool and Southend-on-Sea.

To book their seaside holidays, people would have to scour the pages of newspapers and magazines to find small print ads for hotels and holiday camps, then send off for brochures and booking forms from regional tourist boards; no ‘book now’ buttons to click on back then!

Travel to the seaside often involved a journey by train. Instead of serenely pulling perfectly measured, hand-luggage sized wheelie-cases across the smooth floors of the modern airport, people lugged bulging leather suitcases into bustling train carriages along with crowds of other Blackpool-bound holiday-makers. 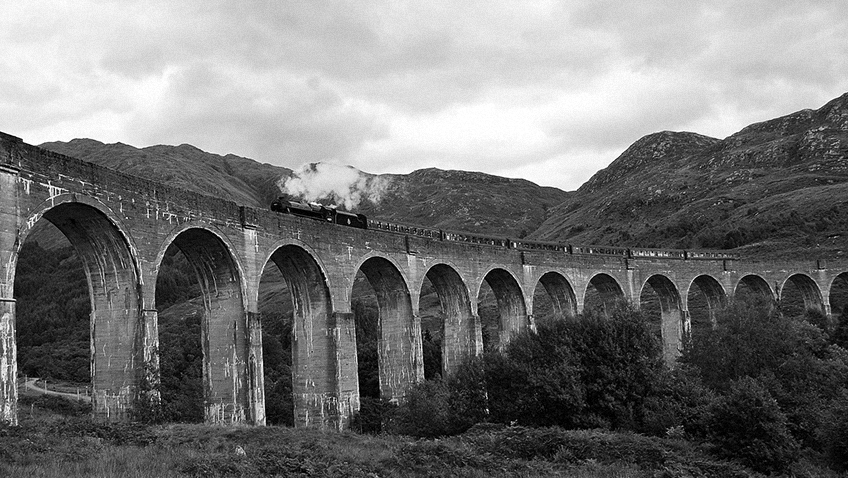 For some younger holiday-makers with money in their pockets, the mod scooter was the way to wing your way to the seaside. Great Yarmouth reminisces about the ‘Mods’ arriving in the ‘60s, recalling young people in convoys of scooters, who, “wore parkas to protect their sharp Italian suits. They gathered on the seafront and danced at all-nighters. There were occasional scuffles with rival gangs of bikers but most ‘Mods’ just wanted to have fun.”

Holiday camps, which had been popular for some years, continued to tempt British holiday-makers throughout the ‘60s. As the Butlins brand grew, new sites popped up around the British coast, starting with Butlins Bognor and followed by camps in Minehead and Barry Island.

By the mid-1960s, more families owned a car so were able to avoid the crowded trains and take to the roads. This, however, was not necessarily an easier option. There were few motorways and traffic jams often stretched for miles. Julie, who travelled with her family to Butlins in 1968, recalls all five of her family members squeezing into a 1960 VW Beetle to make the long journey from Stoke-on-Trent to Minehead for a holiday filled with excitement, seaside and ice cream. They only had one suitcase between them, as Butlins had launderettes and her mother washed their clothes when they were there so that they could travel light; a far cry from the seven seater family cars and jam-packed roof-boxes of today. 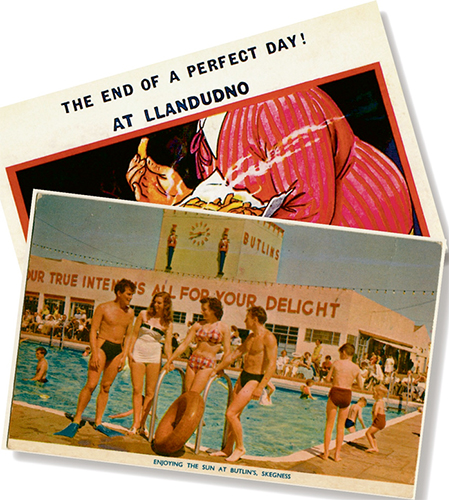 The holiday camp experience offered reasonable prices, food good enough for its time and plenty to do come rain or shine. There were social clubs, bars, swimming pools and entertainment. The camps were set up for families and allowed a new level of freedom for both children and parents alike. Facilities were basic, with wooden chalets and cold water, but there was plenty of fun to be had by all; think knobbly knees, plastic parrots and glamourous granny competitions!

It was also in the ‘60s, however, that foreign travel joined the race to attract British holiday-makers and package holidays began to get off the ground. Travel agencies started to multiply and flourish as holiday-makers acquired a taste for sun, fun and adventure on the continent.

The introduction of non-stop flights and then the first jet aircraft reduced journey times; by the mid-1960s you could book your package holiday in a high street travel agent and fly to the Spanish island of Mallorca in two hours. By 1972, Spain had established itself as the favourite destination of the British abroad.

The 1960s also saw the dawn of long-haul travel, offering people sunshine packages across the world and opening the door to the holidays of the future.

And here we are: in 2018, the demand for holidays is stronger than ever. According to the Office for National Statistics, UK consumers took a record 46.5 million overseas holidays in 2017, while ABTA, the UK’s largest travel association, reports that the UK looks set to be the most popular destination overall for holidays in 2018, with two-thirds planning a UK break.

One thing’s for sure: whether you holiday in the UK or abroad, in 1968 or in 2018, holidays make unforgettable memories. It’s as fun to look back at the good times of holidays past as it is to look forward to exciting holidays of the future.