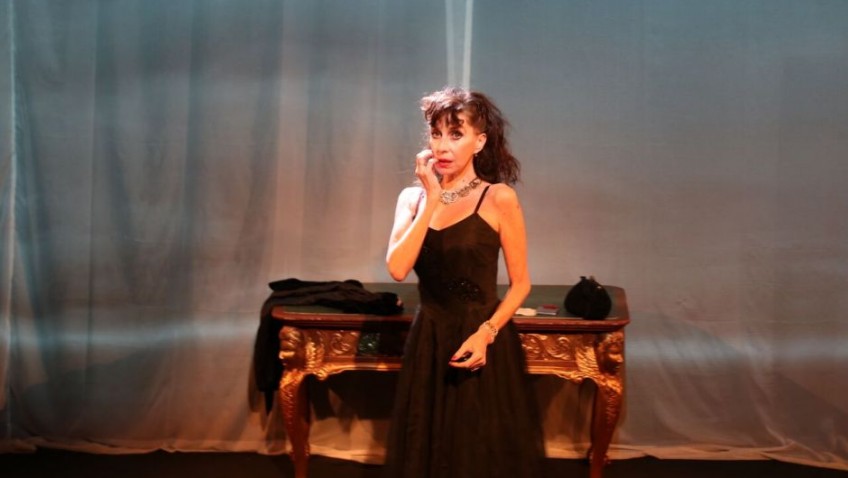 Vivien Leigh (1913-1967) was diagnosed as a manic depressive; she also suffered from tuberculosis and physical exhaustion.

She had made her stage debut in Carl Sternheim’s The Mask of Virtue in 1935 when she played a demure sweet girl who turned out to be a prostitute. The audience actually gasped out loud at her beauty. Alexander Korda immediately signed her up for a £50,000 film contract.

Today, she is chiefly remembered for her Scarlett O’Hara in Gone with the Wind in 1939 and her Blanche DuBois in the film of A Streetcar Named Desire in 1951, which she had played on the London stage. She won awards for both performances. It has often been said that playing Tennessee Williams’ mentally unstable heroine finally drove her over the edge.

Leigh’s fame rests on these two films and her affair and marriage with one of the greatest actors of the 20th Century. Their much publicized romance began in 1937. They married in 1940.

Vivien Leigh and Laurence Olivier were the golden couple, appearing together in plays by Shakespeare, Sheridan, Shaw, Anouilh, Rattigan and in films such as Lady Hamilton, a wartime propaganda piece aimed to bring the US into the war.

Kenneth Tynan, theatre critic on The Observer, regularly rubbished her stage acting, claiming she was a parasite feeding off Olivier’s talent and holding him back from greater things, a view, incidentally, not shared by John Gielgud who admired her acting very much.

Donald Macdonald’s play, a 70-minute monologue, acted without interval, is a portrait of Vivien at the very moment when her relationship with Larry has become untenable and he is telling her that he wants a divorce so that he can marry Joan Plowright.