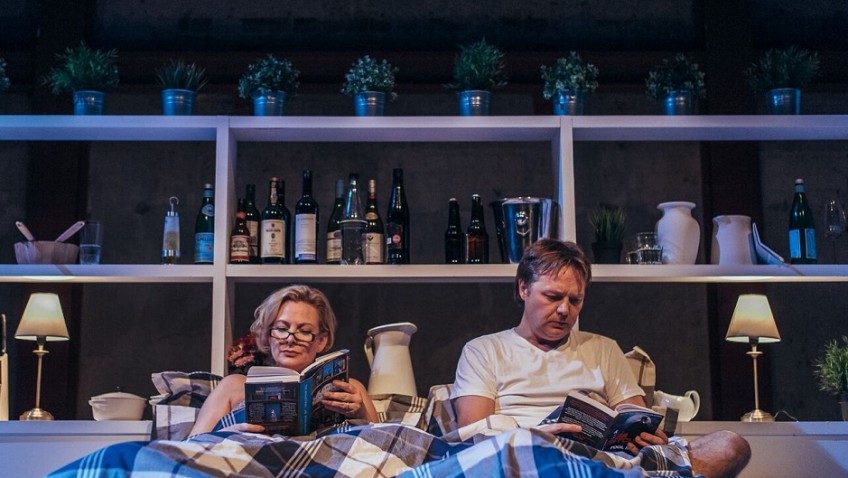 The effects divorce has on friends

Donald Margulies’s play about divorce, which premiered in 1998 and won the Pulitzer Prize, had a long run on Broadway. It also had a short run in London at Hampstead Theatre in 2001 and was made into a movie for TV, which is probably the best place for it.

Its originality is that it concentrates on the effects the divorce has on the couple’s best friends rather than on the couple themselves.

Margulies explores the dangers of acting as matchmakers, making moral judgements, taking sides in friends’ marital arguments and giving advice when it is not wanted.

Tom (Hari Dhillon), a lawyer, and Beth (Flinty Williams), a would-be artist, who have been married for twelve years, have decided to separate and start a new life with new partners; their only regret being they did not split sooner.

Gabe (Shaun Dooley) and Karen (Sara Stewart), experts in haute cuisine and happily married, are deeply shocked and feel it is they, who have been betrayed. The divorce forces them to revaluate not only their friendship with Tom and Beth but their own marriage.

There will be those who would prefer Margulies to be more abrasive, more theatrical, less like television; but I suspect many audiences will identify with this sad comedy precisely because it is written and acted in a gentle key.

Particularly effective is the understated scene between the two men when their friendship comes to an end.