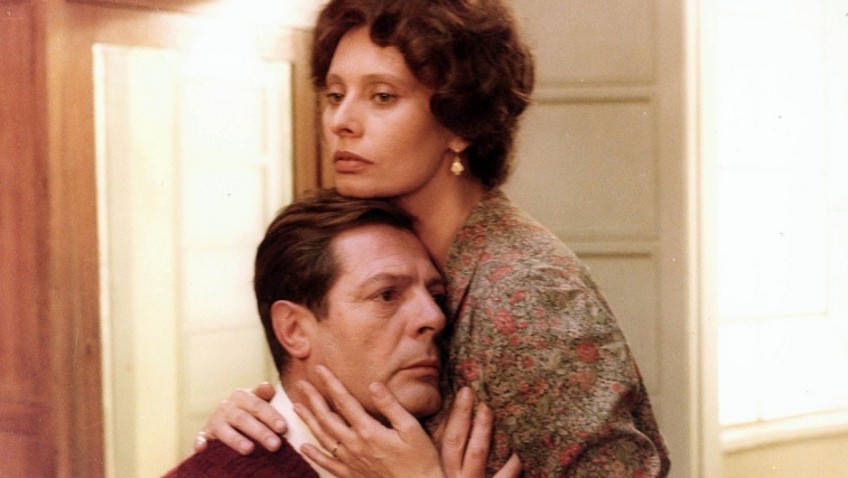 The film is A Special Day (Una giornata particolare), released in 1977 when its two stars, Sophia Loren and Marcello Mastroianni, were sex symbols and national icons. As this immersive, moving film is rarely shown in the UK, it was a special day when newly formed Cult Films chose this powerful film to celebrate its launch.

Best known for his comedies, We All Loved Each Other so Much and Let’s talk about Women, Scola also directed the historic drama That Night in Varennes and the experimental film, Le Bal (The Ball), which is totally without sound.  A director who pushed the boundaries in both content and form, sound is never absent in A Special Day.

The action takes place on May 8, 1938, and begins with seven minutes of news footage showing Hitler’s triumphant train journey to Rome to meet Benito Mussolini in Rome.  All of Rome is on the streets to watch the parade and festivities. Cheering crowds, radios and an intentionally intrusive public address system form the jolting backdrop to the quiet story of two lonely outcasts who remain behind in a massive apartment block. 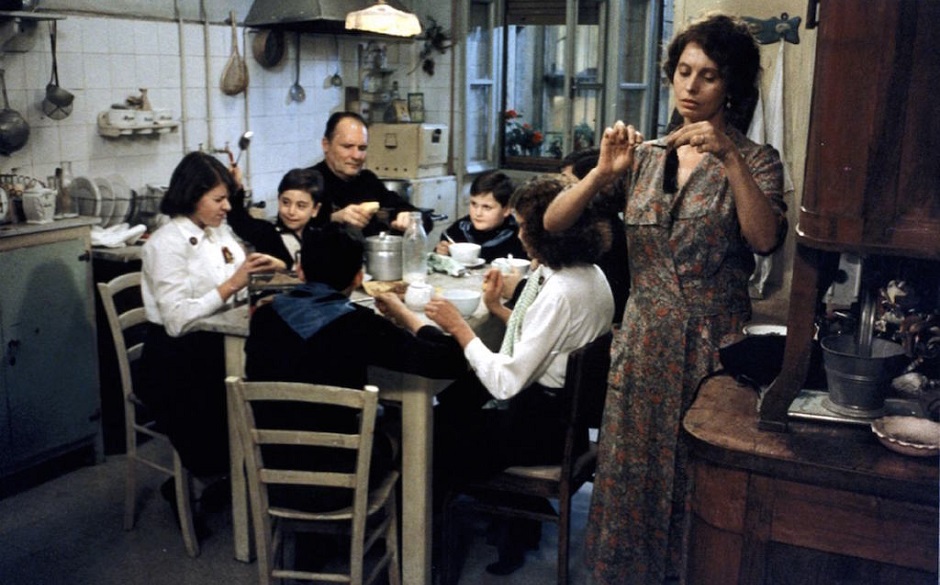 In cinematographer Pasqualino De Santis’s noted long, tracking shot,  Antonietta (Loren) walks through her cluttered apartment waking up her six children and demanding husband, a janitor and blackshirt in Mussolini’s volunteer militia. She has arisen earlier to iron clothes and cook breakfast for the family, and then stays behind to do the housework.

Scola, who wrote the script with his regular collaborator Ruggero Maccari and Maurizio Costanzo, builds up the atmosphere of oppression and repression through the opening sequences and then through small details.  When Antonietta finds a picture of a nude woman with her teenage son, he tells her his father gave it to him and we later learn about her husband’s (John Vernon) womanizing.  What is more worrying for Antonietta is his determination to be rewarded for a seventh child under Mussolini’s procreation drive.

Across the courtyard is Gabriele (Matroianni) a man addressing envelopes (he does this for a living) with a pistol on the desk. De Santis uses deep focus cinematography to capture the parallel lives of the two protagonists simultaneously at various moments in the film. In contrast to Antonietta, Gabriele lives alone and pays a celibacy tax for being childless. His back is to the window when Antonietta’s parrot escapes and lands on his ledge. Desperate to retrieve the bird, she rings his bell.

What enfolds is, for 1977 and even today, an unorthodox love story between two trapped and humiliated strangers who steal a few hours of freedom and tenderness from their intolerable lives. Antonietta, literate but naïve and with almost no formal education, is resigned to her joyless life. The well-educated Gabriele gives her a copy of The Three Musketeers to take home.  The choice of book is perhaps apt as Dumas exposed many of the injustices of the old monarchist regime within the guise of a historic adventure novel, four years before the revolution that established the Second Republic. 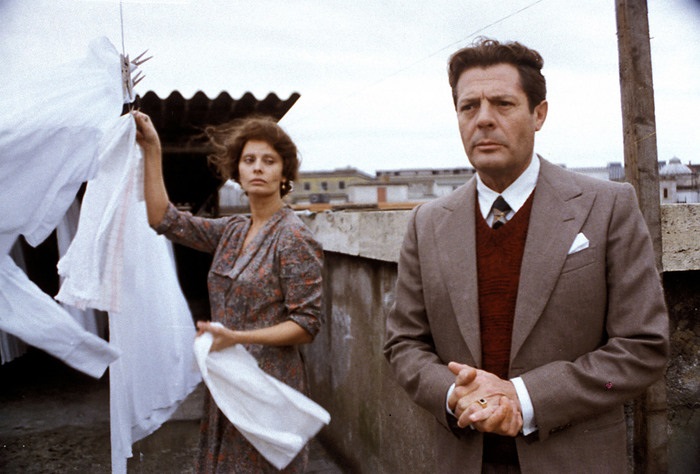 As Antonietta opens up to Gabriele, he confides in this stranger with whom he feels comfortable, despite her scrapbook bearing the words, ‘A man is a husband, a father and a soldier.’   He confesses he is none of those things and her violent response is more one of shock and disappointment than of judgment.  Gabriele later explains that he was sacked from his job as a radio announcer for his homosexuality and anti-fascist leanings.   We know from telephone calls that he is forced to live apart from his lover and that homosexuals are punished with exile.

When we first see Loren she is as close to looking like an exhausted, poor, and neglected housewife as possible, but Antonietta becomes increasingly beautiful as the story develops. Always convincing, Loren never steps out of character, and this includes putting her putting the book away when the impossibility of seeing Gabriele again makes the romantic novel less appealing.  Mastroianni gives a persuasive and heart-wrenching performance as Gabriele, at times reminiscent of Dirk Bogarde somewhere between Death in Venice and Despair, but warmer, more appealing.

A Special Day won the Golden Globe and French Cesar award for best foreign language film, but missed out on the Academy Award, along with Bunuel’s masterpiece, The Discreet Charm of the Bourgeoisie, to Holocaust-haunted Madame Rosa.  In short, 1977 was a bumper year for foreign films, but Scola’s great film remains largely unseen in the UK.

Cult Film will be redressing that injustice in part with a digital, DVD and Blu-ray release of A Special Day on 31 October.  Also released on 31 October is Two Women for which Loren won the Academy Award for Best Actress.  This was the first time a Best Actress Oscar had been given for a non-English-speaking performance, a feat repeated by only Ingrid Bergman and Marion Cotillard (although there have been four Best Supporting Actress awards).