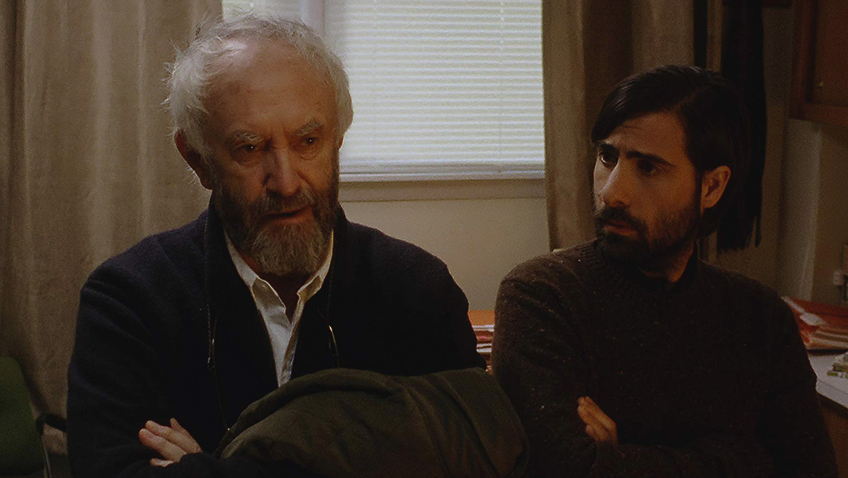 Films about writers – and they are usually art house comedies or tortured biopics – share the same problem as thrillers about cyber-crime and computer fraud. They are not, by definition, visual and are full of cutaways to words in a typewriter, uncomfortable book launch readings or formulas on screens.

, avoids this limitation as 30-year-old Writer/Director Alex Ross Perry focuses on the writer himself, leaving us to imagine the type of high-profile novels he writes. Cinema has had its share of arrogant, womanising, narcissistic yet self-loathing writers, but Philip is probably the most obnoxious and the funniest.

One of the first things you will notice is that the novel is set in the recent past, in the days when Philip Roth was writing his best sellers. Most conspicuously, and to our relief, Philip is not addicted to social media and there are no mobile phones to complicate life.

Philip Friedman, brilliantly brought to life by actor Jason Schwartzman, is a throw back to the likes of Saul Bellow, John Updike and particularly to Philip Roth. Perry’s second feature (undistributed here), The Colour Wheel, was an absurdist comedy reminiscent of Roth’s stories while the shared first name (Philip) and Jewish last name (Friedman/Roth) must be more than a coincidence.

Philip (Schwartzman) is a writer with one well-reviewed book who is awaiting publication of his second novel. He is feeling that ‘the city is rejecting him’ and is bored with his pretty, vibrant live-in girlfriend Ashley (Elisabeth Moss), a photographer whose burgeoning career takes second place to Philip’s. 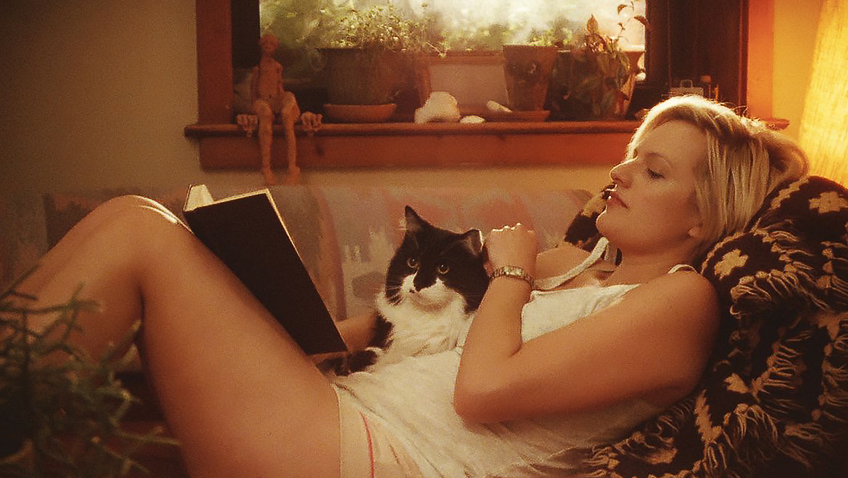 Elisabeth Moss in Listen Up Philip

When his idol, the best selling author Ike Zimmerman (Jonathan Pryce), invites him to his house in the country, Philip puts Ashley on the back burner, convinced that his life is turning a corner.

Just as there are novels that are not built on action, but characters, so Listen Up Philip

is constructed around the precarious and generally argumentative relationships Philip forms with his publishers and women (he does not seem to have any male friends) who eventually like Ike Zimmerman.

Zimmerman is now a recluse with writers’ block, living with his pretty daughter Melanie (Krysten Ritter) whom he routinely subjects to psychological abuse. As the two men hit it off, we realise that Zimmerman is the writer Philip will become. 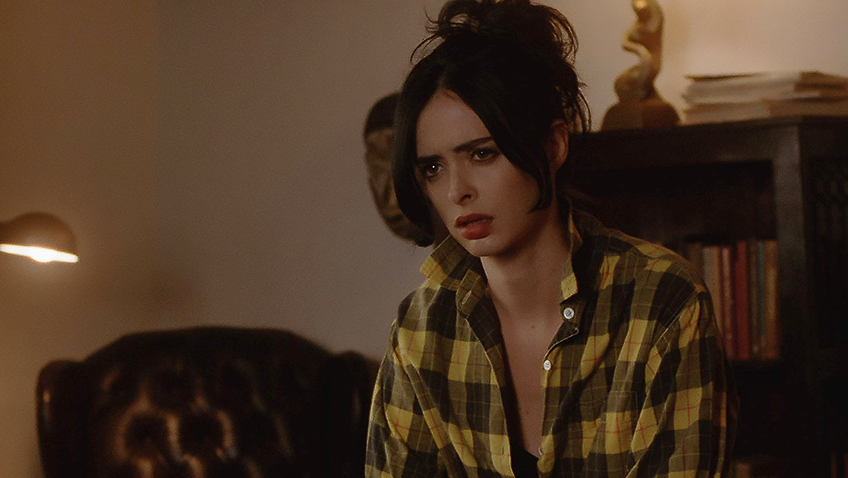 Krysten Ritter in Listen Up Philip

In the second half of the film Perry does something clever in shifting the focus from the anti-hero to Ashley who Philip has all but abandoned. First, he moves in with Zimmerman and then he takes up a teaching post at a remote university.

There he has a relationship with a professor (Joséphine de La Baume) who initially resents him and makes him feel unwelcome. Eventually Philip breaks down this barrier, only to make Yvette’s life as miserable as Ashley’s was.

As Philip is not the sort of character you want to spend much time with,  the shift of focus to Ashley offers us not only a reprieve, but a chance to see Ashley blossom without Philip, whom she replaces with a big cat. 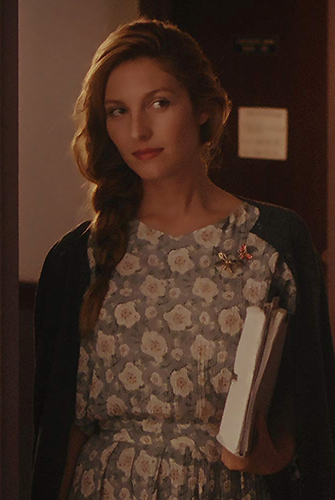 By the time the focus shifts back to Philip, he is crawling back to Ashley’s flat, half expecting her to welcome him back as though nothing has happened. When she does not, the moment is cathartic, like sweet revenge.

There is one weak spot in the film, notably the scenes with Philip teaching his writing course.  These are virtually identical to those in a film called The Rewrite in which Hugh Grant, a script writer whose glory days are past, is forced to accept a job as the guest screenwriting professor at a remote university.

But the plot is not the thing, here.  Unlike the character in The Rewrite and in most films, Philip remains painfully unaware of himself and his character arch cannot claim to be an arch at all. What makes the film so successful is precisely this self-absorption, conveyed by the cutting, witty and often hilariously funny dialogue and Eric Bogosian’s acerbic and cynical third person narration.

The relentlessly incisive narration puts Philip under a microscope. He becomes not a person but the specimen of a modern, neurotic creative type who is being turned into Ross Perry’s act of creation.  T.S. Eliot was one of many authors whose lives are reflected in their art who advised against examining the lives of writers as a way into their creations.

We might not recognise the person behind a Philip Friedman novel from the back cover, but after seeing Listen Up Philip

, who wouldn’t be curious to read it?