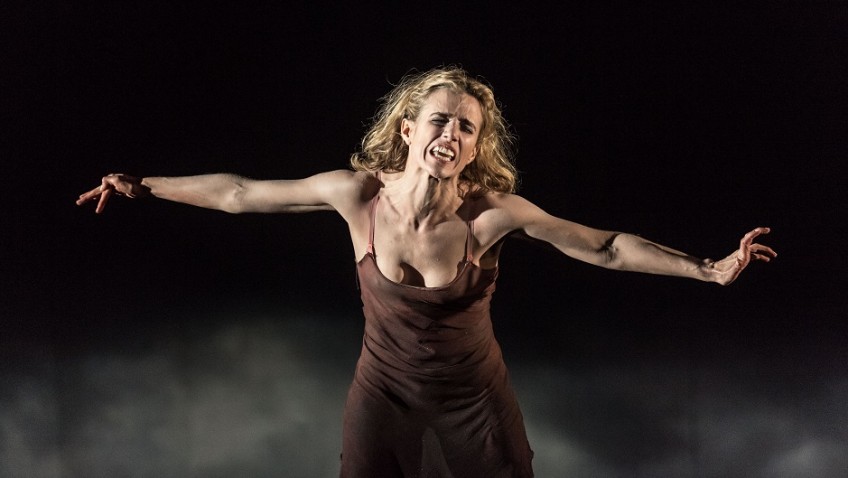 Beckett usually provides unforgettable stage images but in this instance, since it is a prose work, there are no detailed Becket instructions for Dwan and Murphy to work from. Clearly, it’s not going to be easy.

The production opens with a photograph of a closed eye on the front cloth which finally opens and then a beautiful blonde is discovered in a black slip, trapped in a crevice in bog land, trapped also in the bog of the mind.

Beckett explores human identity: “Where would I go, if I could go? What would I be, if I could be? What could I say if I had a voice?”

The complex narrative deals with the human condition (“I am alone”) and life after death. The dead carry on as if they were still alive. As Beckett wittily points out, “There is nothing like breathing your last to put new life into you.”

Lisa Dwan, following in the footsteps of Jack MacGowran, Patrick Magee and Billie Whitelaw, is one of the great Beckett interpreters. She was last seen in three of his one-act plays, Not I, Footfalls and Rockaby.

Dawn has the rigour and the discipline the challengingly raw, visceral and not instantly accessible text needs. Vocally, her performance is a tour de force.