Home / LIFESTYLE / REVIEWS > / THEATRE REVIEWS / Would you want to be an understudy? 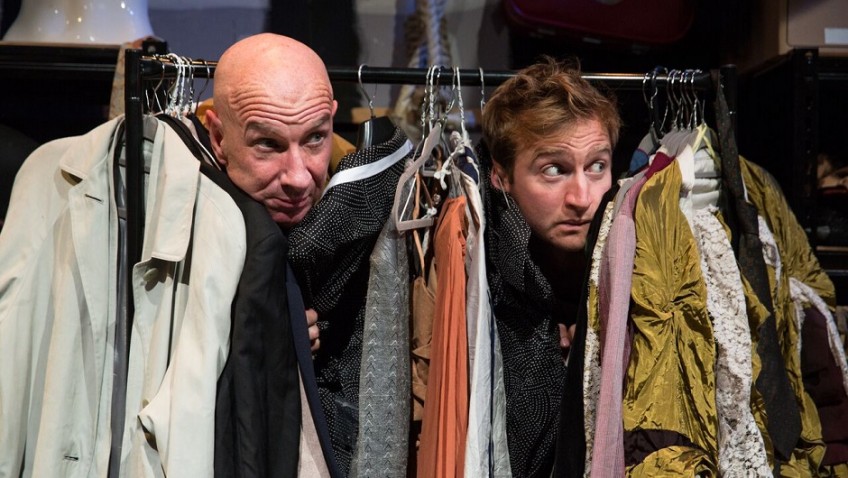 Would you want to be an understudy?

Dave Hanson was understudying in a terrible production of Samuel Beckett’s Waiting for Godot in Los Angeles many years ago. That experience and his experience of trying to make a living as an actor led him to write this play.

Simon Day and James Marlowe are cast as two understudies, who, backstage in a grubby room, wait, night after night, hoping the actors on stage will be ill and they will be able to go on.

The understudies are like the tramps in Beckett’s play, except their Godot (who will never come) is the director and the agents who can give them future work. Godot is also the audience that will never see them act.

Understudying? Which is worst: having to go on at a moment’s notice or never going on at all? These understudies are doomed not to act. What sort of career is that?

There is one genuinely funny moment – a joke at the expense of the Meisner technique of acting – when the actors are repeating the same sentence over and over again, imitating and correcting each other.

James Marlowe imagines himself as the song and dance lead in a musical singing “There’s No Business Like Show Business”. Simon Day imagines himself as a gorilla acting Marlon Brando in Brando’s most famous cinema roles. The script could have done with more fantasy sequences.

Actors love plays about actors. I thought the script was going to be much more amusing and insightful than it is; something, perhaps, akin to David Mamet’s A Life in the Theatre.

Waiting for Waiting for Godot might amuse an audience of actors; but, probably, only if they were friends of the cast.