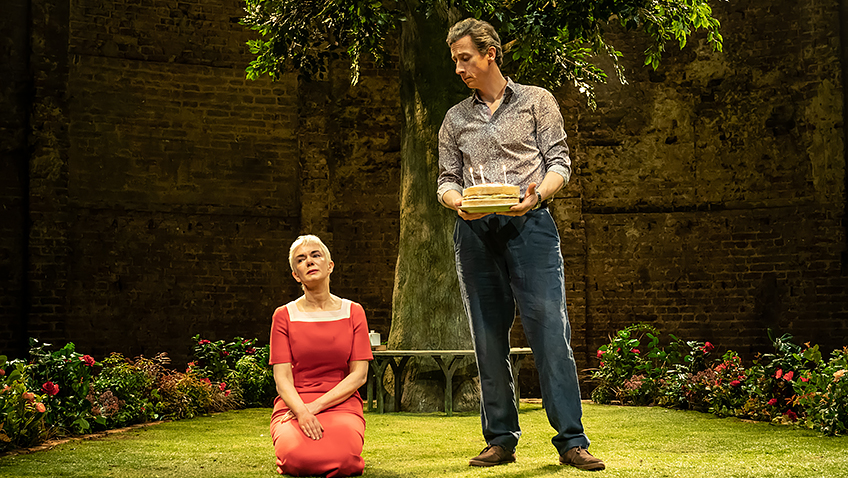 Mike Bartlett’s Albion, directed by Rupert Goold, had a big success in 2017 when Brexit was dividing the nation, town and country and families, young and old. Englishness and England itself felt under threat.

The production is now revived to coincide with the UK’s departure from the EU. There were will be many people, who will want to see the play again. Albion is excellently directed and acted. A big plus is Victoria Hamilton is repeating her brilliant award-winning performance. 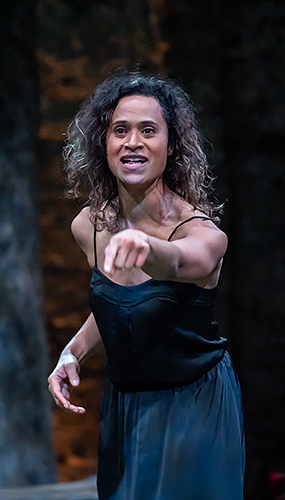 Albion is a ruined garden attached to an old 7-bedroom house in Oxfordshire. The garden was created in 1923 as a memorial to the men who died in World War 1 and has been left to rot by its last owner.

Audrey (Victoria Hamilton), a former businesswoman in her mid-fifties, has moved out of London to live in the country. She has bought Albion and her mission is to restore the garden to its former glory and for it to be a memorial to her son who died in Iraq.

She has decided what to do with her dead son’s ashes without consulting his grieving pregnant widow. Angel Coulby’s feral performance is given an epic back-up of rain and thunder.

Audrey’s brusque manner alienates everybody, especially her daughter and her best friend and the villagers who are denied access to the garden. The long-term servants (Geoffrey Freshwater and Margot Leicester), no longer in good health, get a raw deal. The only person who copes with her is her husband. Nicholas Rowe repeats his witty performance.

Audrey’s best friend (Helen Schlesinger) is a lesbian and a famous novelist, who had once been in love with her, and has now fallen in love with her 22-year-old daughter (Daisy Edgar-Jones), a would-be writer, who is loved by a 19-year-old villager (Dónal Finn) who also wants to be a writer and go to university.

The play owes much to Chekhov. In the same way that Chekhov’s cherry orchard is Russia, so, too, is Bartlett’s garden England. The archaic word Albion conjures up a nostalgic and idealised white England which existed a very long time ago.

The stage is transformed between scenes when the whole cast turn gardeners and plant flowers right round the horseshoe-shaped stage. But will the old landscape be preserved and can it resist the forces of modernity?