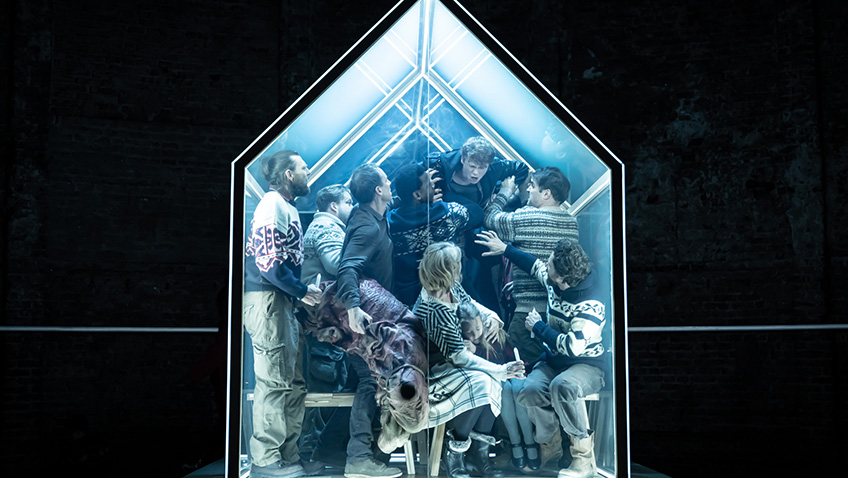 Something is rotten in the state of Denmark

The Hunt is based on Jagten, the 2012 Danish film directed by Thomas Vinterberg and starring Mads Mikkalsen. It has now been adapted for the stage by David Farr and directed by Rupert Goold.

Tobias Menzies is cast as the nursery school teacher who is accused by a little girl of having exposed himself to her. He is totally innocent but nobody believes him. Everybody believes the child. 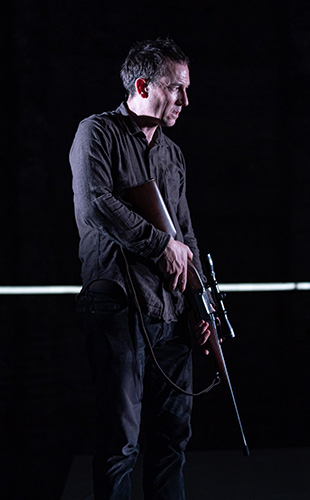 Tobias Menzies in The Hunt

Filmgoers may also remember John Patrick Shanley’s Doubt (with Philip Seymour and Meryl Streep in 2009) which was about a middle aged priest being accused of sexual misconduct with a teenage boy. True to its title, Doubt was ambiguous.

The Almeida had a big success with a stage adaptation of Festen, another of Vinterberg’s movies which was about something being rotten in the state of Denmark. It transferred to the West End.

Lucas, the teacher, in his forties, is a divorcee with a 15-year-old son and a dog. Clara, the girl is 6 years old and feels she is not loved by her parents. She has a crush on Lucas. A little boy shows her a pornographic image of a naked man with an erect penis on his mobile phone.

The Hunt is set a closely-knit rural community and they treat Lucas as a pariah. The local hunting lodge (presented as primitive, bestial men singing beer songs) hound and beat him.

Audiences will also recall the lying hysterical children in Arthur Miller’s The Crucible (1953) and the islanders in The Wicker Man (1973) enacting an ancient ritual sacrifice.

There is a rotating transparent house on stage, a deliberately disturbing cramped space, which serves as classroom, lodge and church. On occasions it becomes a dark forest with just a solitary deer inside. Rupert Goold’s production is always physical and feral.

The final open-ended moment of the play may leave the audience confused as to what actually happened; but that is exactly what Vinterberg did in the film.

Denmark is a small country. Lucas will never be fully accepted again by the community. The allegation, false though it was, exonerated though he is, will never go away.