Home / LIFESTYLE / REVIEWS > / THEATRE REVIEWS / “I could stand in the middle of Fifth Avenue and shoot somebody, and I wouldn’t lose any voters.” 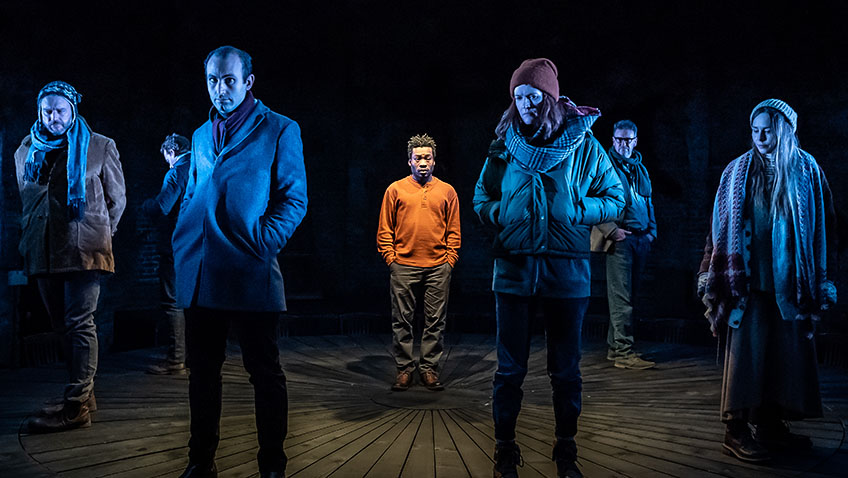 “I could stand in the middle of Fifth Avenue and shoot somebody, and I wouldn’t lose any voters.”

How on earth did Donald Trump become President of the USA and how, after all that has happened over the last two years, is he still President?

Anne Washburn, author of Mr Burns and The Twilight Zone, has written a very wordy and over-long political debate about Liberal impotence in the face of the shipwreck of Democracy. Fortunately, it has been cut to three hours; and it could easily be cut even more, if the final fantasy sequence was removed. 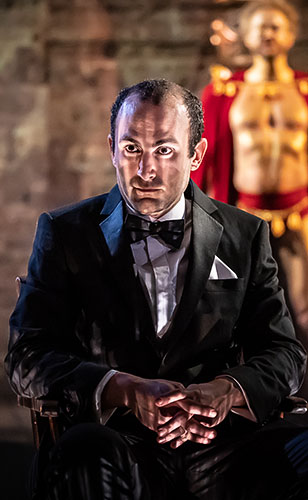 Washburn begins by saying how difficult it is to write a play which is set in the immediate present and reminds us that Euripides and Shakespeare got round censorship by writing about past history and letting the audience draw the modern parallels.

The debate, triggered by FBI Director James Comey’s testimony to the Senate Intelligence Committee that Trump had demanded loyalty to him above loyalty to the USA, is conducted by white middle-class Liberals who are snowbound in a holiday home, a renovated old farm house.

There is no food and no drink in the fridge and no beverage in the cupboard. There is an electricity cut. But there is plenty of time to talk about the state of the union (and do nothing about it).

A very rich lawyer (Khalid Abdalla) admits he voted for Trump, the ultimate taboo for a Democrat in the 2017 election, and then argues at length why the Trump’s presidency was a national necessity.

The old farm house had once belonged to a Christian family whose ancestors had lived in it for two centuries. The last owner also voted for Trump and he gives very convincing reasons why, for all Trump’s glaring faults, he had still voted for him.

Fisayo Akinade (who goes from strength to strength as an actor) has a major role of an alienated young Kenyan who was adopted as a baby and brought up these white Christians who did not have any children of their own. He describes what it was like being the only African in the community and imagines what it would have been like to have been a slave, and sold, bought, whipped and raped.

In the final stages, Washburn moves away from reality to grotesque fantasy. Trump is portrayed as a demonic Roman dictator whose body is painted all in gold. Rupert Goold’s production gives him the full phantasmagoria. Those members of the audience, who sit at the King Arthur sized Round Table, which serves as the actor’s stage, have to don fiendish masques during this over-the-top sequence.

Much earlier in the play there is a meeting between Trump and George W. Bush which ends with them taking off their jackets and having a punch-up over the Iraq War. This fantasy works better because it is short, simple, accessible and funny.