Home / LIFESTYLE / REVIEWS > / THEATRE REVIEWS / Carry on Screaming. Silence is one of the best sounds 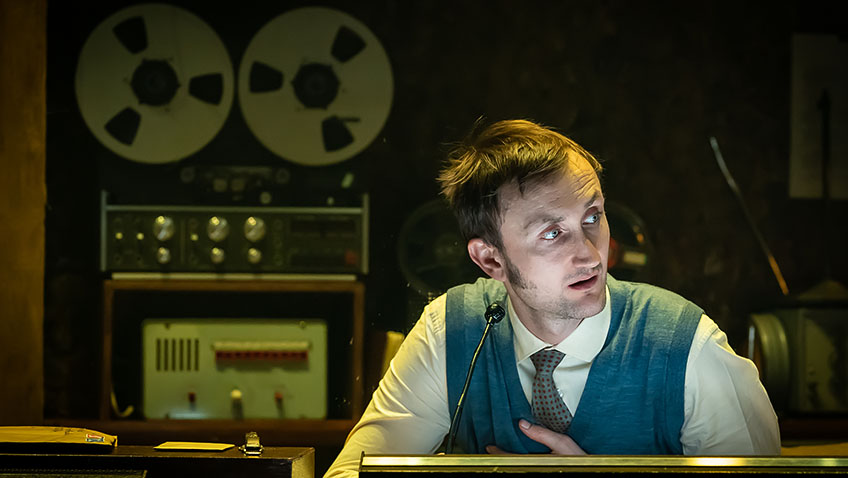 Carry on Screaming. Silence is one of the best sounds

Now, six years later it is conceived for the stage by Joel Horwood and Tom Scutt, the famed designer, who is making his directorial debut, and I am not always sure what exactly is going on.

Berberian Sound Studio plays around with Art and Reality and disorientates the audience so much that it is difficult to know when Art ends and Reality begins. 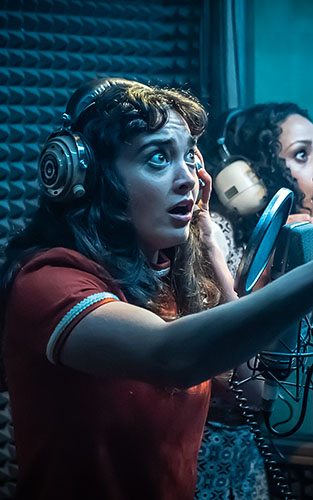 Tom Brooke is good casting for the lead role of Gilderoy, an English sound effects engineer, who is invited by an Italian producer to come to Italy to provide sound effects for a low-budget horror movie.

Gilderoy is a naive, timid mummy’s boy, who had made a documentary film about horses in Surrey which the producer had admired. He is bullied and patronised by the producer, the director and the two actresses, all Italians.

Much of the dialogue is in Italian which is not helpful either for him or for non-Italian speakers in the audience.

The film producer is not concerned with ethics and his film is a sleazy, brutal, revolting horror movie, which is very much in the popular Italianate sex-and-violence giallo tradition.

We never see the movie they are working on. We remain in a post-production studio and its sound proof booths and watch and listen to the making of sounds by extraordinary means.

Two oddball sound-makers behave as if they are in a parody of a horror movie and prance around in an absurdly flamboyant manner, making all manner of strange noises with unusual objects. Vegetables get a particularly raw deal.

Gilderoy is ultra-keen to get the sound effect right for a torture scene. Sickened by what he is doing all day and by the way women are treated on screen and in the studio, he finally has a nervous breakdown.

Berberian Sound Studio is all about sound effects and is an excellent showcase for the inventive skills of two brothers, the composition and sound designers Ben Ringham and Max Ringham.