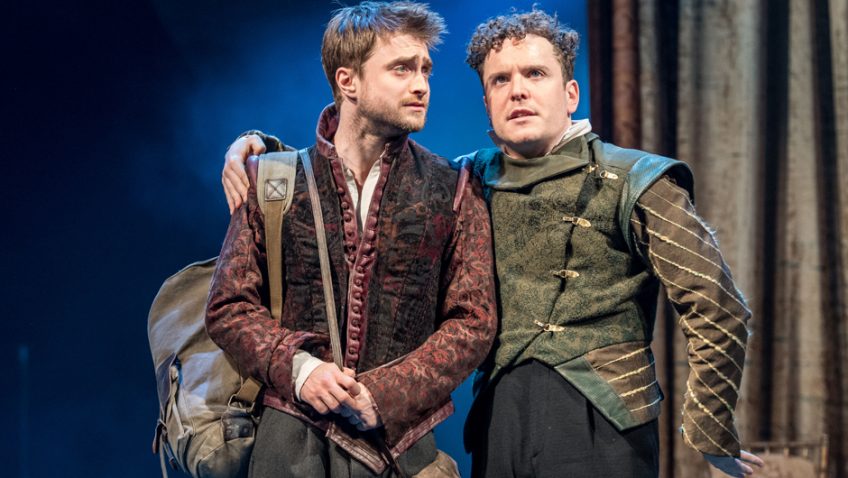 The play that made Tom Stoppard’s name overnight.

When Laurence Olivier filmed Hamlet he cut Rosencrantz and Guildenstern from the script completely. In Tom Stoppard’s play they take centre stage and it is Hamlet, Claudius and Gertrude who remain on the periphery

50 years ago the then 29-year-old Tom Stoppard had a huge success with his existentialist tragicomedy. 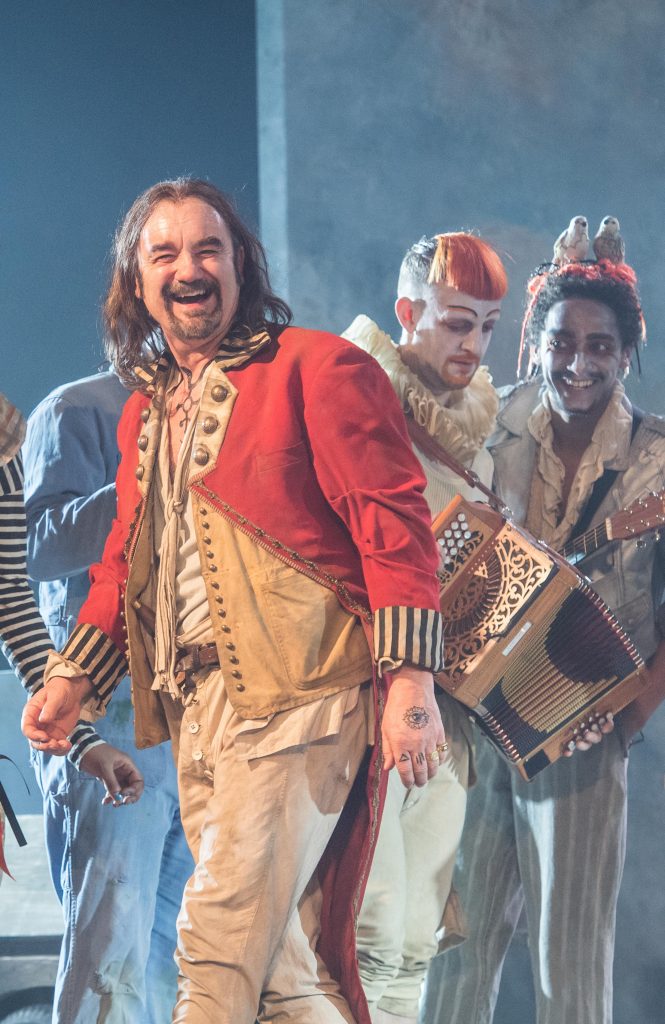 David Haig as The Player in Rosencrantz and Guildenstern Are Dead

Stoppard’s play is now back at The Old Vic in an excellent production by David Leveaux and Daniel Radcliffe and Joshua McGuire are playing the two leading roles.

Stoppard’s engaging, undergraduate jeu d’esprit, full of puns and word play, is at once larky and pretentious, comic and sad, a mixture of parody and allegory.

The action takes place inside Shakespeare’s Hamlet; but the action is observed from the point of view of two university lads, two confused innocents, who are caught up in events they don’t understand.

Is it fate or chance that governs our lives?

Hamlet’s chums are intrigued by what they see, but never enlight­ened. They don’t even know who they are. Which of them for instance is Rosencrantz? And which is Guildenstern?

Stoppard differentiates them: Guildenstern is intellectual, incisive, bumptious, and brash; Rosencrantz is modest, thoughtful, not as bright but much nicer and far more sympathetic.

Daniel Radcliffe, bearded introvert, plays Rosencrantz and Joshua McGuire, clean-shaven extrovert, plays Guildenstern. They make a good double-act and are totally at ease with the verbal gymnastics and repartee.

Tom Stoppard, in his clever, witty and Samuel Beckett “Waiting for Godot”‑like way, keeps the actors and the audience on their toes. You have to listen if you want to keep up.

So what is the game the two born losers are playing and what are the rules?  The game is life; and there are no rules, except that they must die. But they never find out why.

Mortality hangs over the play: “Eternity is a terrible thought. Where is it all going to end?”

David Haig enjoys himself hugely as the scene-stealing actor who offers drama and sex and not necessarily in that order; and the audience hugely enjoy his performance.

Tom Stoppard’s Rosencrantz and Guildenstern will still be around in 50 years time.