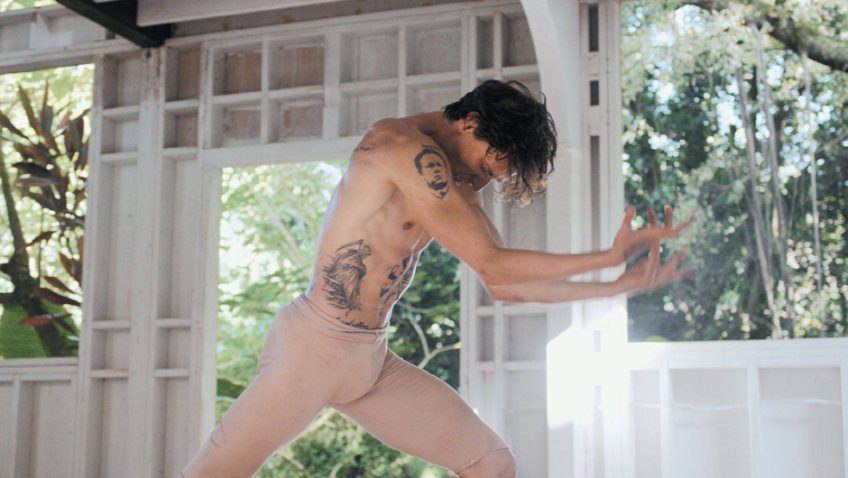 The rise and resignation of Royal Ballet megastar Sergei Polunin

The Royal Ballet’s youngest ever principal soloist at 19, the charismatic Sergei Polunin was, in 2012, the most revered dancer in the world, with easy comparisons to Nureyev.  But on 24 January 2012, aged 22, and after just two years as the Ballet’s star attraction, Polunin stunned the dance world by announcing his resignation. Steve Cantor’s comprehensive and engrossing documentary, Dancer

, puts this decision in context where it appears less shocking than inevitable.  If Cantor pays the price of having Polunin’s close friends and entire family on board by diplomatically glossing over the veracity of the ‘bad boy’ hype, it’s worth it.  There is another, perhaps inevitable trade off. The more Cantor reveals the choices and paradoxes in Polunin’s life and career, the more he remains an elusive personality.

The Ukrainian Russian Sergei Polunin is about to go on stage at the Royal Opera House where those tattoos that are not covered up by his costume are being powered. ‘It’s for my heart,’ he says (to an invisible camera) as he pops some pills and takes a sip of a liquid in a flask. ‘It’s for energy. I won’t even remember the performance.’  He then leaps onto the stage to screams from his many fans. Some of those fans might have seen him in nightclubs and at wild parties, too, as a bit of footage shows.  But parties and leisure swiftly fade from the screen as we embark on a complex picture of sacrifice and self-sacrifice where guilt casts a dark shadow on what should be jubilation at the end result.

In Kherson, Ukrainian SSR, Polunin is six and has been training to be an Olympic gymnast since the age of four.  ‘I loved gymnastics,’ he tells us. ‘I really didn’t like sitting in school.’  At the age of eight, all boys had a choice between studying ballet or gymnastics.  Polunin chose ballet, encouraged by his teacher Galina Ivanova whom he revisits during his soul-searching years after the Royal Ballet resignation.

When he was thirteen, his mother, Galina Polunina, left her husband, Vladimir, her home and her job as a theatrical costume designer behind to accompany her son to Kyiv where he attended the Kyiv State Choreographic Institute.  It was not the first sacrifice Sergei’s family made for him, nor was it the last. Vladimir moved to Portugal and one of his grand-mother’s moved to Greece to work – according to the film, to support him.

‘My life was ballet, some academics and then more ballet. My mother was angry that her mother didn’t push her so she pushed me,’ Polunin tells us.

When Polunin was eleven, he was, according to his mother, the best in the class.  She applied to the Royal Ballet School and within a week of his audition he was accepted.  Vladmir tells us: ‘That boy was our hope.’ Galina comments, ‘I had no life.’  What Galina also did not have was a visa that would enable her to remain in the UK with her son. So in 2003, at the age of just thirteen, and without knowing a word of English, Polunin began life at the Royal Ballet (RB) School’s White Lodge in Richmond Park.

His classmates at the RB school attest to his dedication and skill. Fellow dancer Jade Hale Christofi comments, ‘The school knows just what they are looking for.’ Another fellow dancer, recalls, ‘his dancing standard was so high he was bumped up three years.’ Polunin states, ‘I did twice as many classes as the others. I knew it was my chance to get my family back together.’

But when he had been at the school for a year, his parents divorced.  Polunin felt another pang of guilt. ‘I wasn’t able to bring them together. I was so upset. It was the last time I cried for years.’` 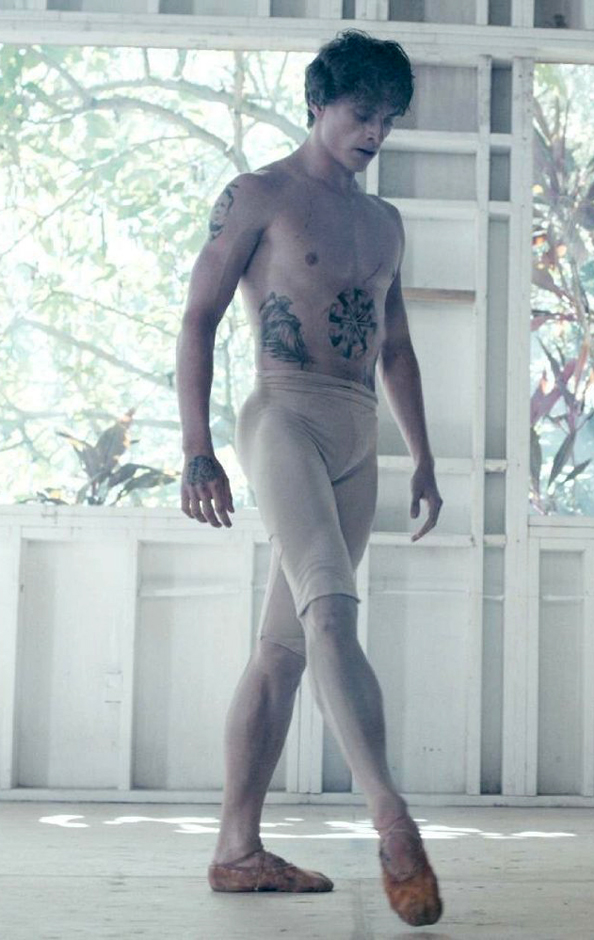 Polunin, as the cliché goes, ‘threw himself into his work.’  By the age of 18 he was a first soloist but, as a friend points out, ‘the whole time he was at the Royal Ballet his parents never saw him dance.’  In fact, he did not see his parents for six years.   What Polunin does tell us is that he was always exhausted and ‘the pressure was enormous.’

After two years at the pinnacle of ballet success, he simply walked out, leaving Tony Hall, then Chief Executive of the ROH, and Monica Mason, then Director of the RB, stunned and the press trying to make sense of it all.

Cantor covers Polunin’s return to Russia where he appeared on a humiliating, surreal variety show, before being saved by Igor Zelensky who, having spent five years dancing at the American Ballet Theatre seemed to understand him.  Vladimir laments, ‘Zelensky replaced me.’  But after two years at the Stanislavsky Music Theatre, Polunin walked out on his replacement father figure.  ‘’After a while, I felt the same as in London,’ Polunin recalls. ‘Everything was repetitive.’

Was this self-destruction – whether from guilt over his family’s break-up; the burden of stardom; or a late reaction to the childhood he never had? Or was it an act of self-preservation?  Whatever the reason, it seems, in searching for his artistic identity, he wanted to make a statement.

Collaborating with American photographer and music director David LaChapelle, Polunin, dressed in nothing but symbolically torn flesh-coloured tights, with his many tattoos defiantly exposed, performs alone in an open barn in Hawaii to Hozier’s unholy love song, ‘Take me to Church.’ Jade Hale-Christofi’s choreography might not be as inspired as LaChapelle’s camera work, but watching Polunin’s emotive solo, you feel like a voyeur at a personal reckoning.  You can watch it on Utube, but it’s much better on the big screen.

From the film, you might almost suspect Polunin has sexual identity issues, too. The absence of any mention of his high profile relationships with ballerinas Helen Cranford and Natalia Osipova, appears to be a deliberate, though curious omission. Nor does Cantor mention the assistance of the Rudolf Nureyev Foundation in funding Polunin’s time in London (and reportedly serving as his legal guardian), although audiences might wonder how a contribution from his father’s and grand-mother low-paid jobs abroad would have been sufficient.  If Cantor does not attempt to explore the veracity of Polunin’s alleged cocaine addiction, neither is there any mention of Polunin’s reported gripe that, despite being the RB’s star principal, he could not afford his own flat.

Polunin is at a crossroads in his career, exploring film roles, choreographing his own works and as protective of his private life and reputation as possible, which is understandable. The compelling film goes a long way toward painting a complex portrait of this brilliant dancer’s life, but it is clear that we might never know the full story.