Home / LIFESTYLE / REVIEWS > / THEATRE REVIEWS / Noises Off is one of the best farces, a modern classic 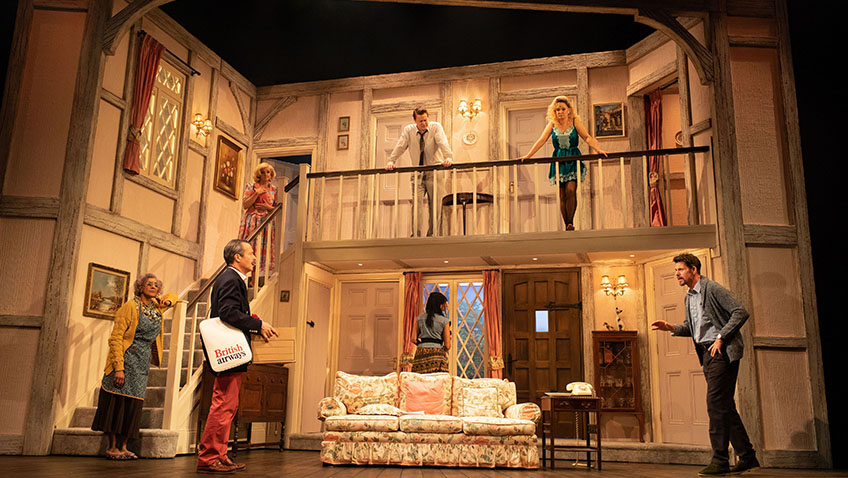 Noises Off is one of the best farces, a modern classic

Michael Frayn’s hilarious farce about actors acting in a farce premiered at the Lyric Hammersmith in 1982 and transferred to the Savoy Theatre where it went through three casts and played over 1,000 performances.

Noises Off has been often revived world-wide since. It is one of the best farces of the 20th century, a modern classic, up there with Peter Shaffer’s Black Comedy (long overdue for revival) and the very best farces of Georges Feydeau, Arthur Wing Pinero, Ben Travers and Ray Cooney.

The present production is by Jeremy Herrin and it is hilarious.

The first act takes place during a disastrous technical rehearsal of Nothing On, one of those crass touring sex farces with comic chars, and lots of slamming of doors and men dropping their trousers and women running around in their knickers.

The second act takes place backstage immediately behind the set, during a matinee performance, a month into the run, when the sex lives of the actors is playing havoc with their performances. This act is played almost entirely in mime. 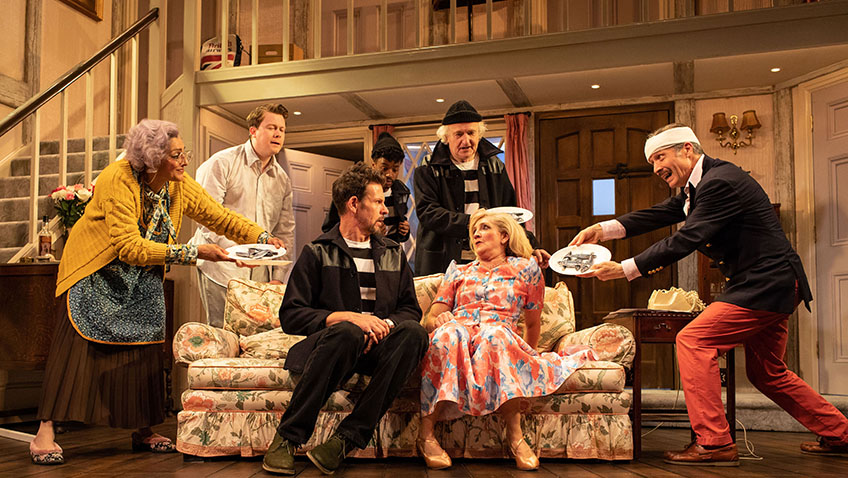 The third act takes place on stage seven weeks later when everything is going wrong. The actors are no longer on speaking terms and two of them are pregnant by the director.

There is so much inventive comic business and the comic timing is excellent. The actors have a lot of fun. And so does the audience.

Some of the funniest moments happen whilst we wait for the curtain to go up on Act 3 and we can hear the racket going on backstage whilst the stage manager (Enyi Okoronkwo) is making his apologies.

The best written role is the Cambridge-educated director, who has a nice line in sarcasm. Lloyd Owen, barking at the actors, is perfect.

Inside the programme is a programme for Nothing On in which Michael Frayn has written some witty CVs for his fictional actors.