Home / LIFESTYLE / REVIEWS > / THEATRE REVIEWS / What was the earliest memory you have of your father? 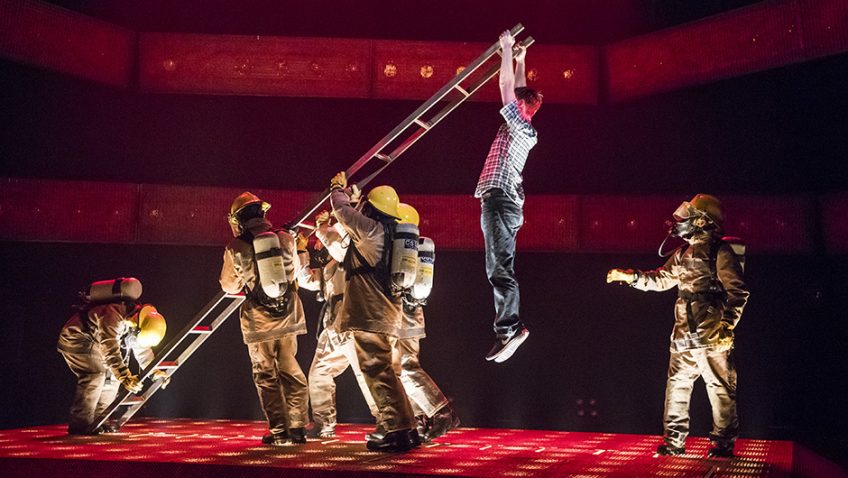 What was the earliest memory you have of your father?

Fatherland conjures up images of Nazi Germany and Deutschland über alles. A better title would, surely, be Fatherhood.

Created by Frantic Assembly, Scott Graham (co-author and director) and Karl Hyde (co- author and composer) and by Simon Stephen (co-author and writer), it is in fact about fathers and their relationship with their sons. 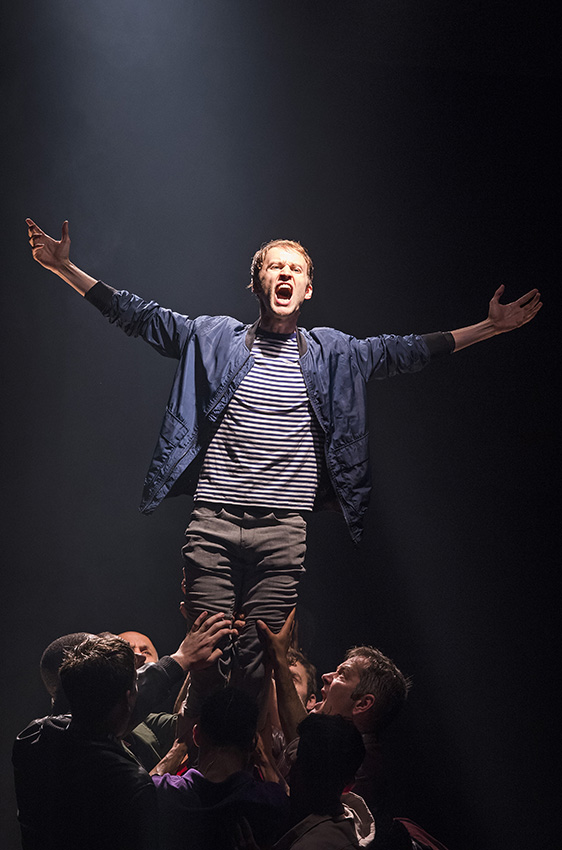 The script is derived from interviews they did when they returned to their respective birthplaces, Stockton, Corby and Kidderminster.

The creators take their inspiration from Salvador Dali’s painting, Gala Contemplating the Mediterranean Sea Which at Twenty Metres Becomes the Portrait of Abraham Lincoln.

The script is a lot of fragments which are meant to provide a bigger picture. The production is a collage of verbatim text, movement and music. The major appeal is the physicality of the staging and the music.

What was the earliest memory you have of your father?

Did your dad ever tell you that he loved you?

Is there a specific time you remember?

Where were you when you found that you were going to become a father?

A racist dad rails against Muslims. A young man has mental problems. A boy remembers watching Match of the Day with Dad. A wife walks out on her husband and their children saying she does not want to be married anymore. A man dies and his dead body is not discovered for six weeks. A fireman gives a horrific account of a conflagration.

Some of the dialogue is sung. Some of it is choreographed. The high spots include the reconstruction of the fire-fighters and the sheer exhilarating joy of being a father.

There is a cast of 13 and a chorus of 28 men. Towards the end the chorus invades the aisles of the auditorium and sing and shout as if they were at a football match. On stage there is revolutionary flag-waving.

A wry touch, much enjoyed by the audience, is to have the creators on stage (played by Declan Bennett, Mark Arends and Nyasha Hatendi) and for them to be confronted by a character called Luke (Craig Stein), whose purpose is to be very sceptical about what they are doing and to question the truth and validity of verbatim theatre.