Home / TRAVEL / DAYS OUT / Splendours of the Subcontinent: Four Centuries of South Asian Paintings and Manuscripts 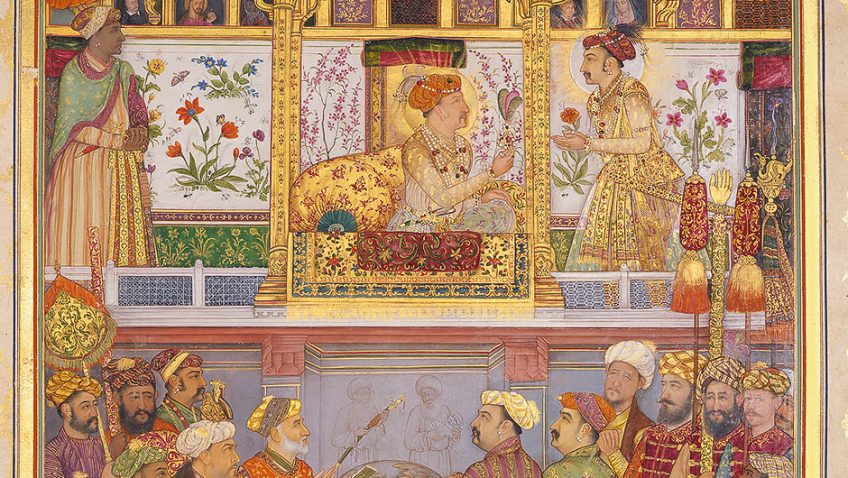 Splendours of the Subcontinent: Four Centuries of South Asian Paintings and Manuscripts

The Royal Collection contains one of the finest groups of South Asian paintings and manuscripts in the world, held in the Royal Library at Windsor Castle. Featuring outstanding examples of the literary and artistic output of the area historically called India, now covered by India, Pakistan and Bangladesh, the collection includes exquisite illuminated manuscripts, vivid depictions of the Mughal court, royal portraits, architectural studies and vibrant illustrations of Hindu epics.

For the first time, highlights from the South Asian collection will be shown at The Queen’s Gallery, Buckingham Palace in the exhibition Splendours of the Subcontinent: Four Centuries of South Asian Paintings and Manuscripts, alongside paintings, prints, drawings and photographs from the wider Royal Collection, exploring the 400-year shared history of the British monarchy and the rulers of South Asia.

The establishment of trade routes to South Asia and the formation of the East India Company opened up the glories of the subcontinent to Britain. Artists captured the extraordinary splendour of the Mughal court in intricate paintings and manuscripts. The rise of the East India Company was reflected in the gifts of manuscripts presented to the British monarch, including 18 gatherings of Sanskrit text, among the earliest Hindu religious manuscripts to arrive in Britain, and detailed architectural drawings, including the elevation of one of the Gopurams (entrance gates) of the Temple at Srirangam, c.1800.

Following her accession in 1837, Queen Victoria received many illuminated royal letters, paintings, books and manuscripts from South Asia. Victoria’s interest in South Asian culture continued throughout her life. Her studies of the Hindustani language, undertaken in her seventies with her Indian secretary Abdul Karim, are recorded in her Hindustani diaries, which will be displayed in the exhibition with her Hindustani phrasebook.

The first member of the royal family to visit India was Victoria’s second son Alfred, Duke of Edinburgh in 1869, followed six years later by the Prince of Wales (later King Edward VII). During this tour the Prince was presented with some of the finest examples of Indian design and craftsmanship, including three albums of late 18th-century paintings from Rajasthan.

In 1905-6 the Prince of Wales and his wife, Princess Mary of Teck, fell in love with ‘dear beautiful India’, and returned to the subcontinent as Emperor and Empress for a Coronation Tour in 1911-12. Queen Mary acquired numerous South Asian works of art, including Queen Tissarakshita, 1911, by Abanindranath Tagore, founder of the Bengal School of Art, and several Pahari paintings.

After the death of King George V in 1936, Queen Mary presented a number of her South Asian works of art to the Victoria and Albert Museum and a selection of her Indian books, photographs and archival material to the India Office Library, and many of the finest pieces in her collection remain in the Royal Library.