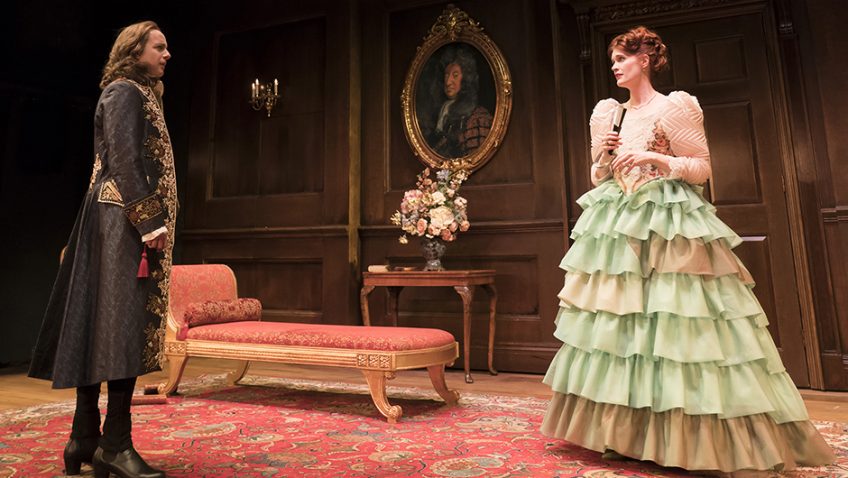 Robert Tanitch reviews The Way of the World at Donmar Warehouse, London WC2

William Congreve’s The Way of the World, which premiered in 1700, is the last and generally considered the greatest of the Restoration comedies.

Jeremy Collier’s notorious attack on the theatrical profession, and on Congreve in particular, in his pamphlet, A Short View of the Profaneness and Immorality of the English Stage, published in 1698, did have its effect on fashionable audiences. 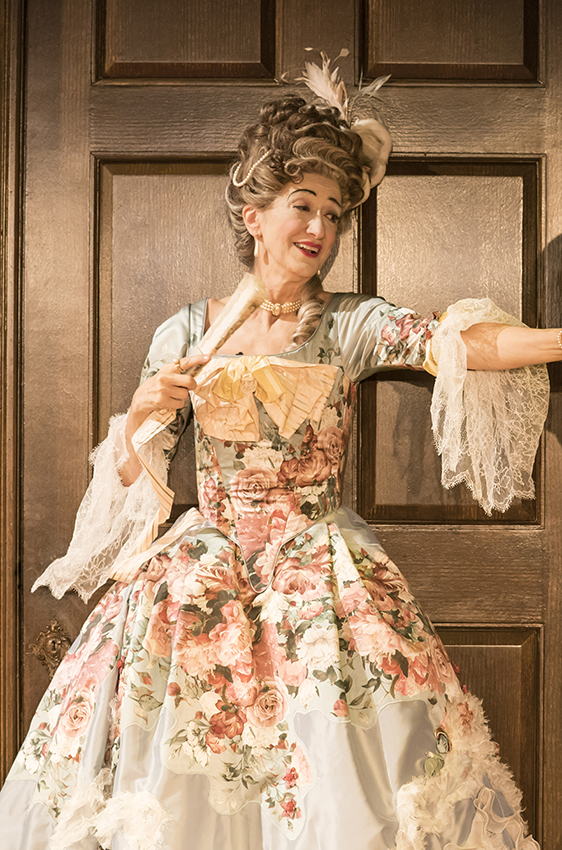 Haydn Gwynne in The Way of the World

The callous and cynical plot is so complicated that few have been able to follow it or work out the characters’ relationships to each other. Everybody is related to everybody else.

The story is a battle for an estate. Who will get it? The interesting thing is that the heroes (played by Geoffrey Streatfeild and Justine Mitchell) are as bankrupt in honour and wealth as the villains (played by Tim Mason and Jenny Jules).

The Way of the World is famous for its witty lovers and James Macdonald’s elegant production, acted without airs, is notable for its diction and treating Congreve’s incomparable prose with the utmost respect.

The scene in which Millamant (Justine Mitchell) and Mirabell (Geoffrey Streatfeild) lay down their conditions for marriage is the quintessence of Restoration comedy, its high-water mark, and the contract, witty, sexy, real, is based on their mutual intelligence and respect:

“Let us be very strange and well bred. Let us be as strange as if we had been marry’d a great while; and as well bred as if we were not marry’d at all.”

The first is at her morning toilette (“I look like an old peel’d wall”) when she is putting on paint and drinking cherry brandy. The second is when she considers and practises the various ways she could receive a suitor. “There is nothing more alluring than a levee from a couch in some confusion,” she declares, rising in the least alluring way possible. The third, and quite frightening, is when she loses her temper with the servant who has betrayed her.

Gwynne and Christian Patterson (as the big-hearted country bumpkin, Sir Wilfull Witwoud) share some of the funniest scenes and Fisayo Akinade proves it is possible to play a fop and get laughs without going over the top with the foppery. 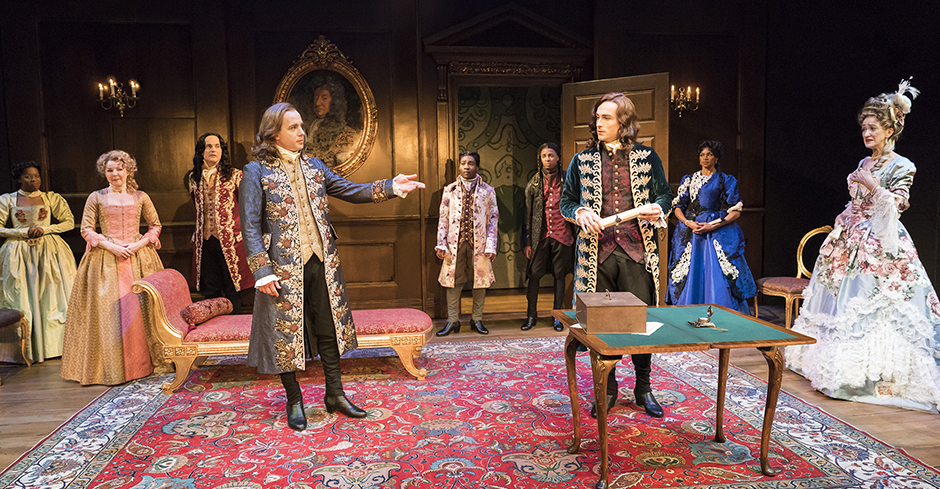