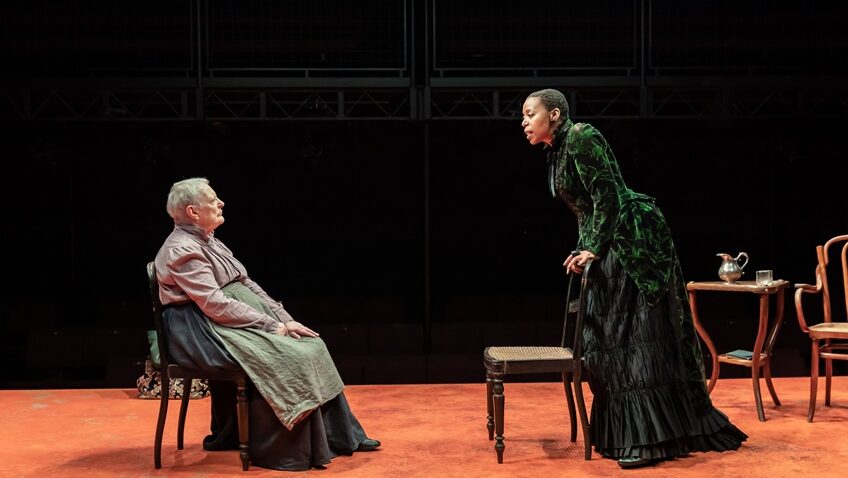 When Nora Helmer walked out on her husband and their three children in 1879, slamming the door behind her, the sound reverberated round Europe, bringing Henrik Ibsen instant success and international fame.

There were some 19th century critics who were so shocked by Nora’s behaviour and Ibsen’s message (marriage is not sacrosanct) that they saw A Doll’s House as (and I quote) fit only for an audience of doctors and prostitutes.

A German actress, declaring she would never leave her children, refused to play Nora as written. Ibsen gave her a happy ending. There were happy endings in British and American productions, too.

Torvald, Nora’s husband, treats her as if she were still a child and sees her, first and foremost, as a wife and mother with a sacred duty to him and their children. Nora, who has been pampered and patronised all her life, finally realises that, first and foremost, she is a human being and has a duty to herself.

Ever since its premiere, theatre audiences worldwide have wondered how Nora fared. Famous dramatists, such as Strindberg, Shaw and Thornton Wilder, have written sequels.

Lucas Hnath’s A Doll’s House, Part 2, which opened in New York in 2017 and was nominated for a Tony Award for Best Play, is set 15 years after her exit and when she has just discovered that Torvald never divorced her. She needs a divorce if she is to withstand criminal charges.

The London premiere, directed by James Macdonald, is well cast and well worth seeing. The Donmar is now a theatre in the round and the auditorium is so dark that audiences have difficulty finding their row and seat number.

A house’s dark exterior walls fills the stage. The house frame is lifted to reveal a brightly lit platform on which there are just four chairs and a small table. The actors are dressed in 19th century clothes. The dialogue feels very modern but not jarringly so.

15 years on, Nora is no longer the Nora, her husband Torvald knew. The child-bride, the little songbird, naïve and frivolous, has gone; and, in its place, there is a very different person: a sophisticated woman and feminist, who has had many lovers and is the author of a best-selling novel decrying marriage which has shocked many people.

Hnath debates the options open to Nora in duologues with Torvald (Brian F O’Byrne), with her former nanny (June Watson) and with her daughter (Patricia Allison), a bright girl, now grown-up and engaged to be married.

Noma Dumezweni’s Nora is not a sympathetic or a pleasant character. It is Nora’s nanny, who sacrificed her own life to bring up Nora’s children, who will win all hearts. She is a character invented by Hnath and excellently acted by June Watson. It’s a lovely perfect performance. Her expletives get a big laugh every time, precisely because they are so anachronistic and so unexpected.

The production lasts 100 minutes and is acted without interval. Lucas Hnath’s A Doll’s House Part 2 will appeal to all Ibsenites and those who enjoy a good debate.