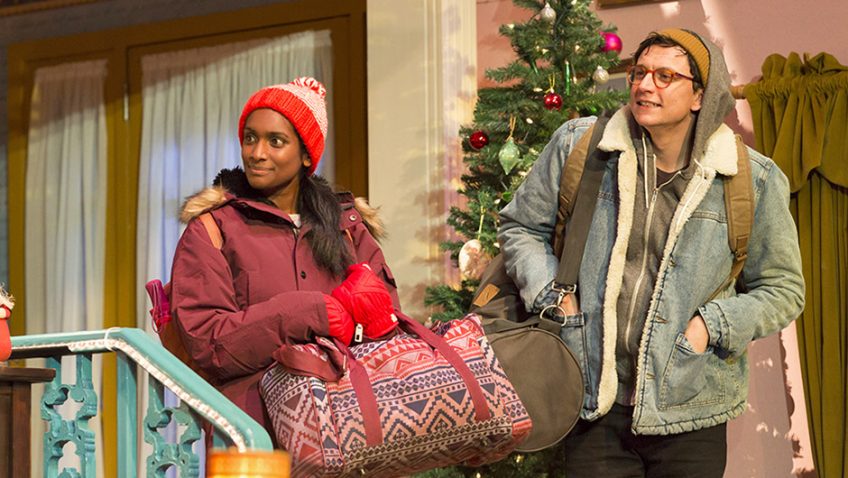 To go or to stay that is the question

John is a mystery play, notable for its slow (very slow) theatrical metabolism. 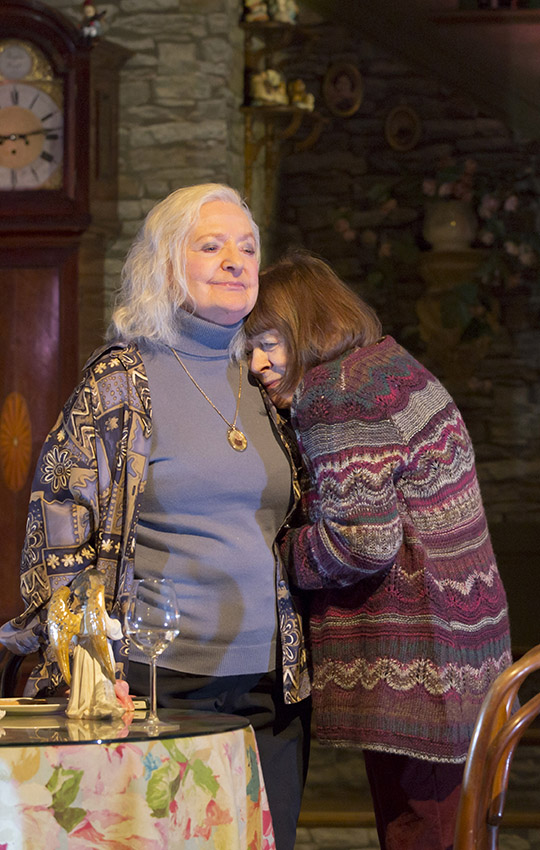 John takes place in a bed and breakfast in Gettysburg. The set (designed by Chloe Lamford) has a life of its own, divided into a cafe area and a lounge. There is a staircase with light bulbs on the side of its banister.

The walls and shelves are full of knickknacks, dolls and china figurines. There is a Christmas tree, a jukebox and a Pianola which is liable to play of its own accord.

The B&B is run by an elderly woman (a delightful performance by Marylouise Burke). One of her jobs is to open and close the stage curtains. Another is turning all the lights in the room on and off and a third job is to alert the audience to time passing by changing the hands on the grandfather clock. She also keeps a daily diary in which she describes the sunset.

A young couple (Tom Mothersdale and Anneika Rose, both very good) drop in for two days. She is fascinated by the lives of dolls. He is obsessed with Gettysburg. Their relationship is in serious trouble.

All the characters have to face up to being lonely in their loneliness and whether to stay or go.

There are two intervals. In the first only you can drink and have an ice-cream. In the second you can listen to a monologue by the formidable June Watson, who plays a blind woman who believes her soul is possessed by her dead husband and who is convinced her mind is filled with scorpions and 25 Benedict monks.

Burke has been quoted as saying she wants to reassess what a play is, a worthy aim; but I suspect John may well prove too obtuse, too long, and too slow for many audiences.