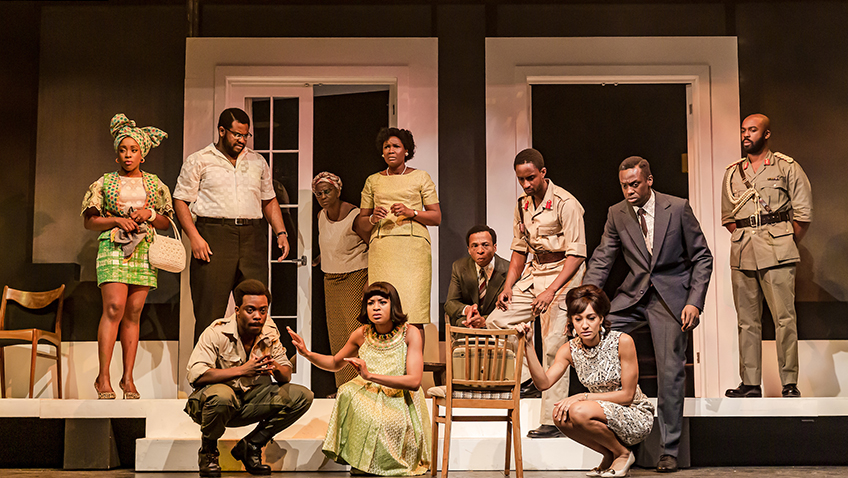 Chekhov’s characters are relocated in Nigeria

Anton Chekhov’s Three Sisters, one of the great plays of the 20th century, is a bitter tirade against the pain and anguish of life’s injustices, its unrealised dreams and its opportunities missed.

There is no such thing as happiness says one of the characters.

One of the reasons for Chekhov’s enduring success is that audiences can so easily identify with his characters’ suffering. The play is not the tragedy of any one individual but the concerted tragedy of a whole group of people. 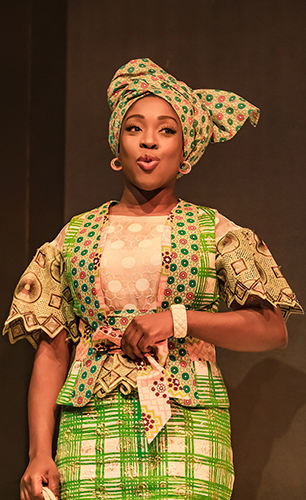 Olga, Masha and Irina live in a dull, provincial, Russian backwater and are only too aware that life is passing them by. They yearn for a better, more fulfilling existence and long to go to Moscow. It’s a pipe dream. Moscow is 950 miles away and they will never get there.

They are doomed to either spinsterhood or sterile marriages. The final moment, with the sisters weeping their hearts out, is one of theatre’s most unforgettable images.

Inua Ellams, author of Barber Shop Chronicles, has taken Chekhov’s characters out of Russia and located them in Nigeria during the Biafra War (1967-1970).

So what we get at the National Theatre is a retelling of Chekhov’s masterpiece plus a bit of Nigerian history.

The director is Nadia Fall. Some things work better than others. The second half is not as good as the first half.

Olga, Masha and Irina are now called Lolo, Nne Chukwu and Udo and they long to go to Lagos.

Chekhov is always popular with actors because he offers so many good roles.

Lolo, the eldest, is an overworked schoolteacher. Nne Chukwu, a married woman, is having an affair with a married army officer. Udo, the youngest, is loved by two men she does not love.

The sisters have a brother who had so much promise in his youth and has ended up in a dead-end job and married to a vulgar woman (Ronke Adekoluejo) who dominates him and his sisters. The audience is audibly shocked by her awful Behaviour.

One of Inua Ellams’ innovations is to make Masha’s teacher husband (Sule Rimi) a much stronger character, who will never forgive Masha’s unfaithfulness and is absolutely determined that the children at his school will be taught the British view of Nigeria’s history.