Home / LIFESTYLE / REVIEWS > / THEATRE REVIEWS / What is going to become of us? What are we going to do with our lives? 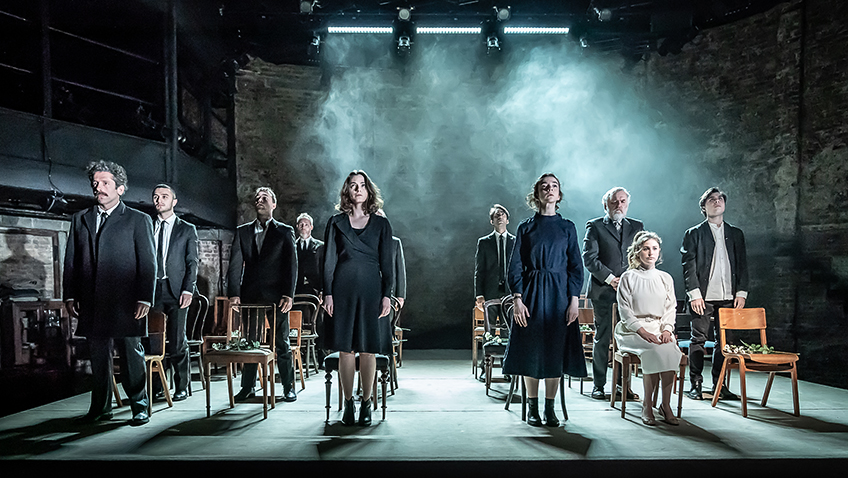 What is going to become of us? What are we going to do with our lives?

One of the reasons for Anton Chekhov’s enduring success is that audiences can so easily identify with his characters’ suffering. The play is not the tragedy of any one individual but the concerted tragedy of a whole group of people.

The Three Sisters, which premiered in 1901 and is one of the great plays of the 20th century, is a bitter tirade against the pain and anguish of life’s injustices, its unrealised dreams and its opportunities missed.

Olga, Masha and Irina live in a stiflingly dull, provincial, Russian backwater and are only too aware that life is passing them by. They yearn for a better, more fulfilling existence and long to go to Moscow. 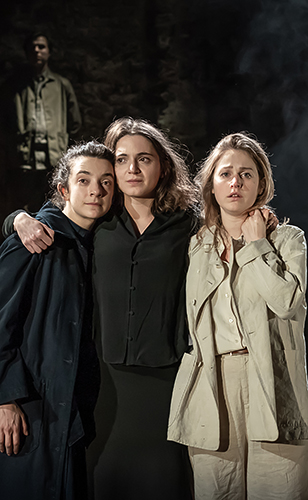 It’s a pipe dream. Moscow is 950 miles away and they will never get there. They are doomed to either spinsterhood or sterile marriages.

The sisters complain bitterly that they will be forgotten. The irony is that, thanks to Chekhov, they will be remembered so long as theatre lasts.

The final moments with the departure of the battalion, the military band playing off-stage, and the sisters weeping their hearts out, is one of theatre’s most unforgettable images.

Sadly, there is no military band in this revival by Rebecca Frecknall.

I should have preferred a more traditional production set in 1901 with the actors in clothes of the period (rather than the ugly clothes the women are wearing) and a proper set (rather than just a lot of chairs strewn on a bare stage).

However, despite the disappointment with the way it is staged and the lack of context, there is still much to enjoy.

Chekhov is always popular with actors because he offers so many good roles.

Masha (Pearl Chanda), the most passionate of the sisters, is married to a boring school teacher (Elliot Levey) who constantly assures her that he loves her and that he will never reproach her for her unfaithfulness. Masha’s lover, a military man, Vershinin (Peter McDonald) who never stops philosophising, is married to a suicidal woman.

Olga (Patsy Ferran, too young), the eldest, is an overworked and exhausted schoolteacher. Irina (Ria Zmitrowicz), the youngest, is loved by a decent man, a baron (Shubham Saraf) who wants to marry her but she does not love him. Saraf gives such an appealing performance you wonder why not.

The sisters have a brother, Andrey (Freddie Meredith), who had so much promise in his youth and has ended up as a sour failure in a dead-end job. He is married to a woman loathes and pushes a pram with a baby he has not fathered. His wife is having an on-going affair with the local mayor.