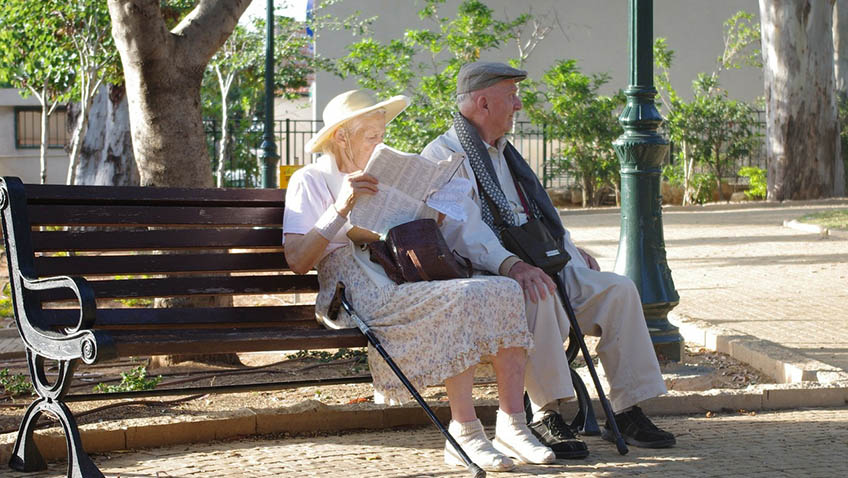 It will be no surprise to regular readers of Mature Times that, as a society, we are living longer and as a result the age profile of our population is changing rapidly.

According to a recent report produced by the Centre For Ageing Better called The State Of Ageing in 2019, it is anticipated that the number of people aged 65 and over will increase by more than 40% within the next 20 years, and that the number of households where the oldest person is 85 and over is increasing faster than any other age group.

But is that necessarily good news? Well, that depends on your own position and also how you view later life. Do you embrace later life? Do you have the money to maintain your lifestyle? Do you have a support network of friends and family around you, ensuring that you can continue to live a satisfying and fulfilling life? If you do, then all well and good. But what if you don’t?

There are huge inequalities within our ageing population. Many older people do not have the privilege of wealth or a secure private pension, and of course as we get older, our ability to work and earn a living to support ourselves declines; try and get a job after you’re 50 and see what prejudice and discrimination you come up against. Your experience and previous track record counts for very little!

It’s true that the advances seen over the past 50 years or more in areas such as public health care, nutrition, and medical science and research, have contributed massively to our increased longevity. There’s no reason why in a civilised society that these advances shouldn’t continue; after all we all have the right to live the best life we can, whether we actually do that of course is another question!

Of course living longer has repercussions, not just for the aging individuals but on society as a whole, and in particular on the generations to follow.

What do I mean by this?

The simple and most basic impact is financial. An increasing and ageing population puts many different financial pressures on the economy. For example, statistically, older people need more medical assistance and care, whether by way of medicines, consultations, treatments or personal care, all of which cost money. We all know the demands our NHS and Social Care Services are under and that they are continually short of funding; this situation will only get worse as our population grows and ages.

More older people means more people of state pension age, which means the Government has to fund a larger pot out of its budgets.

Many older people are lucky enough to own their own home and in many cases are living in large homes that they have occupied for many years. We have a housing shortage in the UK, coupled with a shortage of suitable housing for older people who might wish to downsize in later life. The result is that family sized houses are often occupied by older people – either living alone or as a couple – and not released onto the housing market for young families to live in; that’s if they could afford to buy them of course, but then that’s a different matter entirely!

This also means that many people are sitting on their largest asset with all the implications this could have on their financial position. Encouraging people to downsize can free up cash that can be spent on financing their future lifestyle needs.

But what if you don’t own your home or are poor?

Statistics show that there are currently some 11.9 million people living in the UK aged 65 and over, of which some 3.2 million are aged 80 and over. Of those a startling 16%, that’s 1.9 million people, live in what is defined as relative poverty. Included in this group are, some 1.1 million people who are living in severe poverty (defined as having an income of less than 50% of the median income in the country).

If you are a single woman, from an ethnic background or over the age of 80 then you are more likely to live in poverty in later life. The report shows that 14% of white people aged 65 and over find themselves in this situation, but if you are Asian or Asian British this figure rises to 29% and if you are Black or Black British it rises further to a high of 33%; whilst none of these figures are acceptable the racial disparity is clear and telling.

An often quoted misnomer is that with age comes “loneliness”. The perception is that many people that live on their own in later life are lonely but loneliness is not a condition that is predicated on age. In 2017 18.8% of 25-34 year olds reported feeling lonely often or all of the time, compared to just 5% of 50 – 64 year olds and 3% of those aged 65 and over.

You won’t be surprised to read that our experiences and perceptions of ageing depend on our own individual social status and position. If you have money, then retirement and living longer is something to be embraced and enjoyed. But if you are poor then you are more likely to have a negative view of ageing. The lack of money will almost certainly prevent you from doing the things that you would want to do, and will almost certainly have other impacts – most noticeably on your health and wellbeing, both mental and physical.

Within 20 years it is predicted that one in four of the UK population will be aged 65 and over and that’s a frightening statistic. What does this mean? Well it means that the pressures and problems highlighted earlier will only increase, that the money and services required to support our ageing population will be in even greater demand than they are now, and that the burden that society faces will only grow.