Home / HEALTH / How an ageing population is changing our healthcare demands 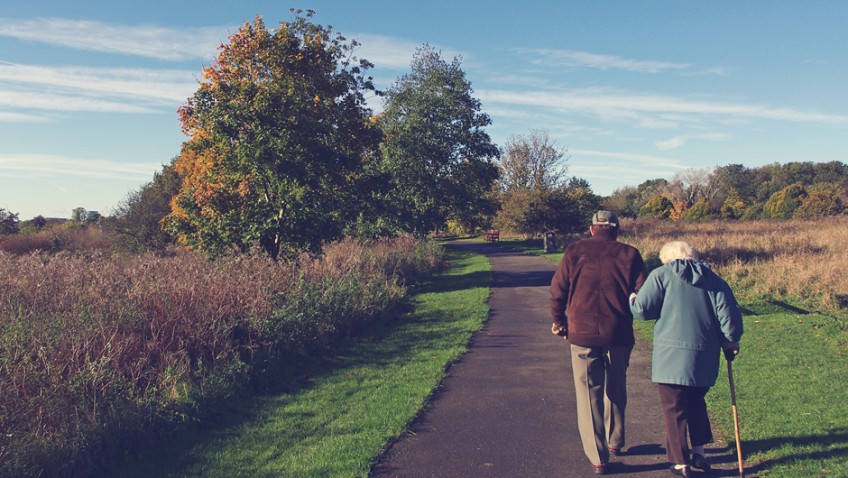 How an ageing population is changing our healthcare demands

Demographics is the study of statistical data related to populations and the different groups within them. One of the standout facts of the UK’s demographic data is that the population is getting older. A continually higher and higher proportion of the population is aged 65 years or older as each year passes.

An ageing population can have a great many different effects on a country and its services. One of the areas most profoundly impacted by that particular demographic change is healthcare. It’s the effect of an ageing population on healthcare demands that are going to form the crux of this article.

We’re going to take a brief look at how much and in what ways an ageing population is changing our healthcare demands. Before we get to the nitty-gritty of that analysis, however, it’s worth taking a moment to examine the demographics of the UK a little more closely. That way, you’ll have a better idea of just what we mean when we talk about an “ageing population”.

The Office for National Statistics (ONS) publishes regular overviews of the UK population. They’re short reports into the country’s population, how it’s changed and how it’s projected to change in the future. The most recent of those overviews was published in November of 2018. It provided some fascinating insights into how the UK’s population is ageing.

Babies born between 2015 and 2017 have a life expectancy of 79.2 years for males or 82.9 years for females. That’s up a total of 2.0 years and 1.4 years respectively, on figures from a decade ago. That’s how the UK population continues to grow despite a falling birth rate.

The ONS projects that before the end of 2027, people aged 65 or over will account for 20.7% of the total population. They also estimate that by 2037, the percentage will have continued to increase and reached 24%.

Let’s put those numbers into some context. They mean that in less than ten years’ time over one in every five people in the UK will be 65 or over. By 2037, it will be almost one in every four. The degree to which the UK population is ageing, therefore, is significant.

Another one of the ONS’s statistical measures helps to explain why this is so noteworthy. The Old Age Dependency Ratio (OADR) is the number of people of state pension age for every 1,000 people of working age. It helps to assess a country’s ability to support its retired population. Via pensions, welfare provision and other means.

An OADR of 419 would place an unsustainable strain on services in the UK. Thus, the government have felt they have had to act in order to reduce the number of retired individuals. Healthcare is one of the services that is impacted most profoundly by an ageing population. How and how much it is impacted is what we will now turn our attention to.

The ageing population in the UK has not gone unnoticed by the NHS. NHS England, in a resource titled Improving Care for Older People, address how the issue impacts healthcare provision. They state that people living longer:

‘is good news for all of us but it creates a challenge for the NHS – as we get older we tend to get long term conditions and need more health and social care.’ 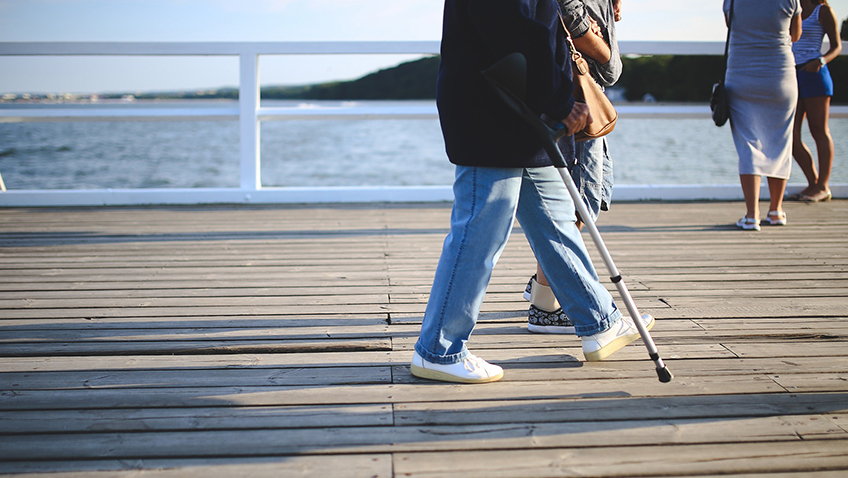 It’s for that reason that an ageing population does affect healthcare demands to a great extent. It increases the strain on the health service and on social care. That’s borne out by a 2017 report from Age UK. In that report, they claim that by the time people reach their late 80s, their care needs are often profound. One in three have difficulty undertaking five or more tasks of daily living unaided.

The general trend in older populations is towards chronic diseases and long-term issues. They require a specific type of care. It’s very different to the care that’s required to treat acute conditions or symptoms.

The UK’s ageing population, therefore, is having a twofold impact on the country’s healthcare demands. It is increasing the overall strain on the NHS and the social care system. Concurrently it is also shifting the required focus of healthcare and altering the shape of the care system.

It’s all very well saying that an ageing population increases the strain on healthcare provision. The question is; to what degree is it the case? The answer to that is a significant degree. As the proportion of elderly people in the UK rises, demand on the NHS and social care system skyrockets.

The Age UK report we referenced earlier offers some notable statistical examples. It reveals that as many as 46% of all admissions from A & E in the UK in 2015 were of people aged 65 and older. What’s more, the number of people aged 60+ who attended A & E was much higher in 2015 than just five years earlier.

Other research comes to similar conclusions. A 2017 report in the famous Lancet Public Health medical journal is a good example. It suggests that by 2025 there will be 2.8 million people over 65 unable to cope without nursing and social care.

The Lancet research claims that there’s one key reason for that. That’s the increasing toll of dementia in a growing elderly population. They suggest that cases of disability related to dementia will rise by 40% among people aged 65-84 in the next eight years.

The Lancet researchers pull no punches when drawing conclusions from their results. That’s especially true when discussing what the results may mean for the NHS and for social care:

‘The societal, economic and public health implications of our forecast are substantial…Public and private expenditure on long-term care will need to increase considerably by 2025, in view of the predicted 25% rise in the number of people who will have age-related disability. This situation has serious implications for a cash-strapped and overburdened National Health Service and an under-resourced social care system.’

Age UK couldn’t agree more with those sentiments. Their report concludes that public spending on social care needs to increase hugely. To cope with the impact of demographic pressures, spending is expected to increase by a minimum of £1.65 billion.

The changing healthcare demands of the UK’s ageing population won’t be solved by increased spending alone. Older people also tend to require a different kind of care. That care can’t be adequately provided by the UK’s current healthcare system.

The WHO sum up the typical shortcomings of healthcare systems in serving older people succinctly. They claim that:

‘health services are often designed to cure acute conditions or symptoms and tend to manage health issues in disjointed and fragmented ways that lack coordination.’

They believe that one thing is key to overcoming those shortcomings. What that is, is developing a more integrated care system. The Lancet research we’ve already talked about agrees. The report suggests some solutions to the possible crisis facing the NHS and social care.

Most of those suggestions involve improving care outside of direct NHS provision. As well as integrating it better with the health service. The report highlights the need for more care homes and for greater support for elderly care in the home. 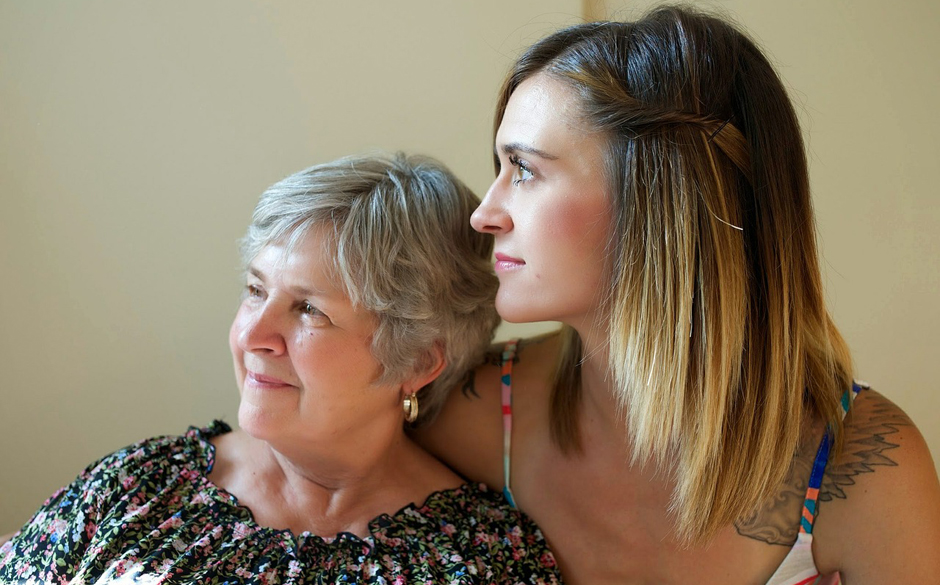 The need for greater support for home care is highlighted still further by Age UK’s research. They found that waiting for home care caused a huge delay in patients being discharged from hospital. Between August 2010 and July 2017, that delay increased by 181.7% according to the report.

Speaking to the Guardian newspaper in 2017, the President of the Association of Directors of Adult Social Services (ADASS), Margaret Wilcox weighed in. She left no doubt as to how important she believed it was to reshape social care in the UK:

‘The need to future-proof adult social care should be a national priority…Unless a long-term sustainable solution is established to tackle significant sector pressures, a rising number of elderly and disabled people living longer and with increasingly complex needs, along with their families, will struggle to receive the personal, dignified care they depend on and deserve.’

There seems to be significant consensus that the UK’s ageing population needs a better integrated care system. That’s the only way to cope with its growing needs. For their part, NHS England already claim to be taking steps to make the required changes.

They detail a number of ways they’re already adapting care provision to better serve older people. Amongst those steps are a reframing of frailty as a long-term condition to be identified and managed.

More notably, they also talk about promoting tailored care and personalised care planning. That lines up with the prevailing opinion that a better integrated care system is key.

The healthcare demands of our ageing population

The UK population is ageing and at a significant rate. That is having a profound effect on our healthcare demands. It is increasing the operational and financial burden on the NHS and the social care system.

According to many observers, it may be set to increase the strain on those services beyond breaking point. There is widespread agreement that something needs to be done. Few would argue that increased funding wouldn’t be welcome. Many believe, however, that a reshaping of the UK’s healthcare system is also needed.

A move toward a better integrated system has broad support. That would mean a system that better incorporates NHS care, social care and home care to serve older people. There are already signs of these changes being made and planned for. If the potential strain that healthcare is to come under does reach the levels predicted, those changes can’t come soon enough.

Bio: Greg Holt is the Chief Marketing Officer at Newcross Healthcare, an independent organisation that provides highly trained staff, clinical expertise, and administrative support to the healthcare sector. He is based in Bristol.