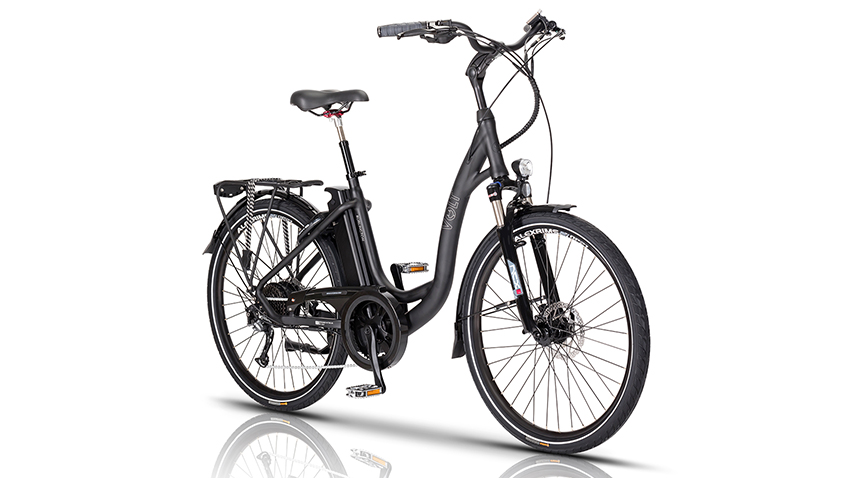 Beware of a revolution that’s happening and its happening in the fast forward world of cycling. We have all, no doubt, seen a perceptible increase in cyclists on our roads over recent years, whether that is during the morning or evening commute or whether it is for leisure purposes as more and more people are attracted to the open road by the health and well-being that cycling brings.

Next time you pass a cyclist, look a little more closely and you may just spot a trend that shows no sign of abating, in fact a trend that is only predicted to increase in the years to come – and that’s the advent of the e-cyclist.

What’s that I hear those of you ask that aren’t in on the secret? Well, quite simply it’s the increasing popularity of electronic bikes. An electronic bike is a bike that has “assistance” for the rider by way of an electric motor which kicks in when you start to pedal and helps to propel you forward. It is especially helpful when going up hills or riding over uneven terrain but more of that later.

The great thing about electronic bikes is that they are encouraging more and more people back onto the roads and this has benefits not only for the health and fitness of the people participating, but also for their well-being – oh and another by product is the fact that it’s good for the environment as well!

Having read a lot of the good things said about electronic bikes, I thought I would try one for myself and see what all the fuss was about. Now, I’ve never been a really committed all out all weather all terrain cyclist, but I have always owned a traditional bike and do enjoy pootling about on this from time to time – after all anything that can get me out in the fresh air and enjoying our countryside has got to be a winner for me!

So I was encouraged to give e-biking, as it is known, a try by way of the Burlington, one of the models manufactured by the UK company, Volt. I choose the Burlington for its “step through” frame, meaning it is perhaps more suited to an older rider as there is no centre bar that needs navigating before you get on the thing and it makes getting on and off much easier. So, with the battery fully charged I was ready to go. 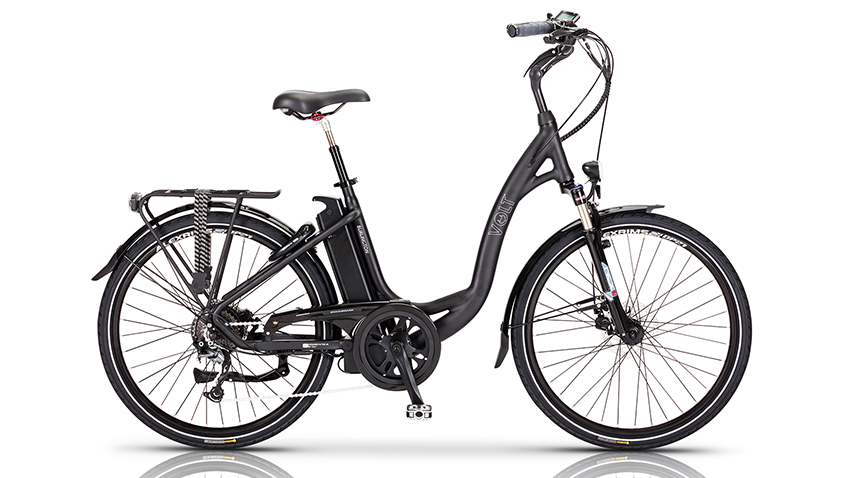 The first thing you notice is just how much heavier than a standard bike the Burlington is. It weighs around 24kg, that’s just over 50lbs to you and me in old money, but then when you think that in addition to all the normal features that you find on a standard bike you have also got a battery pack and motor to contend with its not surprising. But once you get used to it, the extra weight is not a real problem as the benefits of the propulsion provided by the battery and motor far offset the extra weight. The only time I found the extra weight became a bit of an issue was when I was peddling at a slowish rate, steering can become quite heavy and the maneuverability of the bike does suffer a bit as a result.

But boy, once you get going and you feel that first kick of the battery assist the bike really started to come into its own and this was especially noticeable going up hills. In fact no hill that I tried could beat it. There is quite a pleasure in cycling uphill with very little effort from yourself, especially if you are passing other cyclists on the way!

But that’s not to say that you don’t do any of the work yourself – after all that would defeat the object a little bit. The bike has gears and variable power settings so you can get as much or as little assistance as you need to help you along. What this means, in practice, is that you can do all the exercise that you want or need and once you have had enough you can turn up the power assist and let the bike takeover – a particularly appealing feature for those older riders who might be unsure just how long their stamina might last – ride the Burlington for a few weeks and you’ll soon find this starting to increase in any event.

And of course there’s the environmental benefits as well. With the Burlington you can quickly zip along to the shops to get what you need, leaving the car in the garage. So not only are you benefitting your health but you are also benefitting the environment as well.

So watch out – you’ll be seeing more cyclists on the roads in the future and more of them will be riding electronic bikes. Give it a try, like I say it’s a great way to exercise in later life, it’s a great way to get out in the fresh air and it’s good for the environment as well.

The Burlington retails at £1,579.00. To find out more and details of your nearest stockist visit www.voltbikes.co.uk