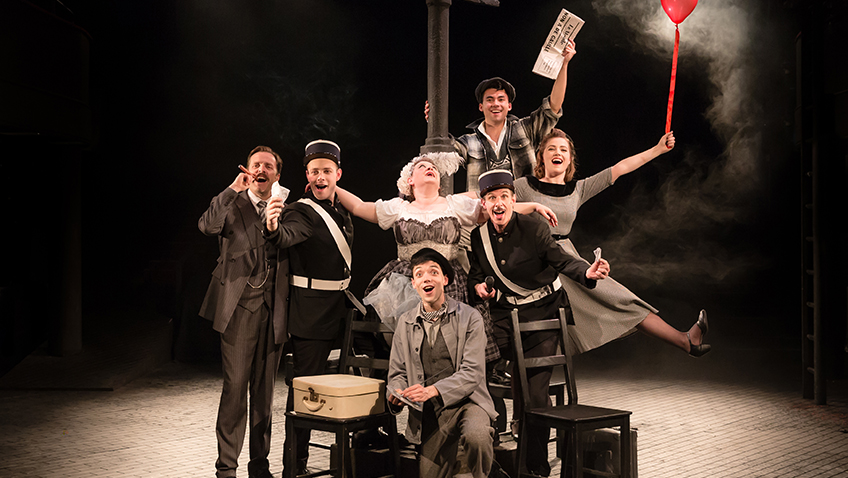 Amour is a chamber piece for actors and musicians

Amour is a musical fantasy, an adaptation of Marcel Aymé’s Le Passe-Muraille with music by Michel Legrand and a libretto by Cauwelaert. It premiered successfully in Paris in 1997.

The New York premiere in 2002 was Legrand’s Broadway debut. The sung-through show opened in October and it closed two weeks later. The critics found it far too whimsical, far too fey and far too French. 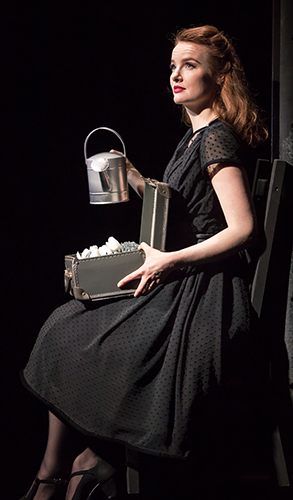 The English adaptation is by Jeremy Sams who argues in a programme essay that it was not a Broadway show and that it was a chamber piece for actors and musicians, modest in scope and huge in heart.

Aym wrote the popular short story in 1941 but it feels as if it was written in the 1930s.The whimsical mood belongs to a Parisian era when Jean Anouilh’s Thieves’ Carnival and L’invitation au Chateau (Ring Round the Moon) were being first performed.

Amour is a musical charade and Charing Cross Theatre should be a good venue for it.

Dusoleil (Gart Tushaw), a shy 34-year-old civil servant, a timid nonentity, suddenly find he can walk through walls. He gives his bully boss a fright and turns burglar, stealing from the rich and giving it to the poor. He is in love with Isabelle (Anna O’Byrne) who is unhappily married to a brute who was a collaborator with the Nazis during World War 2 and is now a prosecutor.

The stage is tiny and empty except for a French lamppost. The band is in a balcony. The director is Hannah Chissick. The choreographer is Matt Cole. A lively cast of eleven give it their all.

The supporting characters include a whore, a nun, two comic gendarmes, and funniest of all, a very nervous barrister making his debut in court.

The energy is relentless and can be exhausting. The rhyming couplets never stop. `The vulgarity jars. The show’s strength is Legrand’s music. The weakness is Cawelaert’s book.

I expected the show to look more surreal and be much more colourful; something akin to cartoonist Raymond Peynet’s lovers or, better still, the movie The Umbrellas of Cherbourg, for which Legrand wrote songs.

PS. Dusoleil ended up trapped in a wall in Montmartre and he remains trapped there to this day, He is immortalized with a statue in a wall in front of Marcel Aymé’s former house.