Home / LIFESTYLE / REVIEWS > / THEATRE REVIEWS / Are there any names which you would consider unacceptable for a child today? 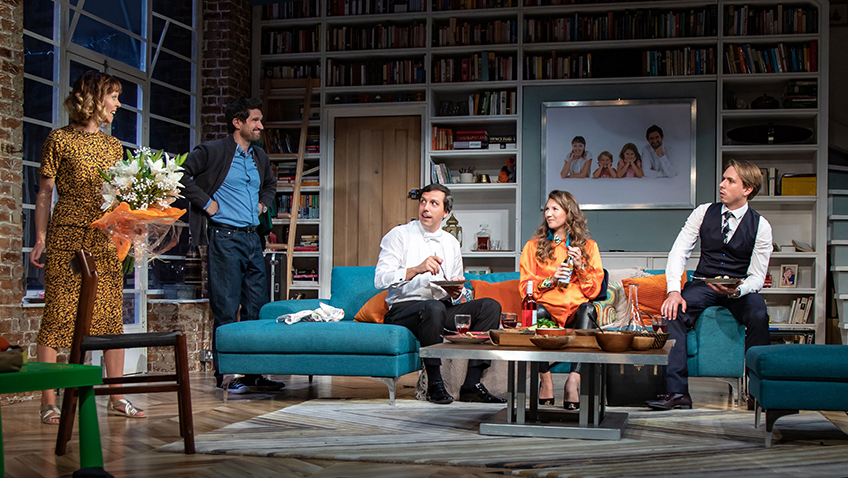 Are there any names which you would consider unacceptable for a child today?

Matthieu Delaporte and Alexandre de La Patellière’s comedy premiered in Paris in 2010 and won 6 Molière Awards, including best play. The Molière Awards in France are equivalent to the Olivier Awards in the UK.

Since then Le Prénom (its French title means The Given Name) has been seen all over Europe. There were 30 productions running at the same time in Germany.

There was a highly successful French film, directed by the authors and acted by the original cast in 2012 which won awards at Cannes and in Canada. The Germans made a film in 2018. 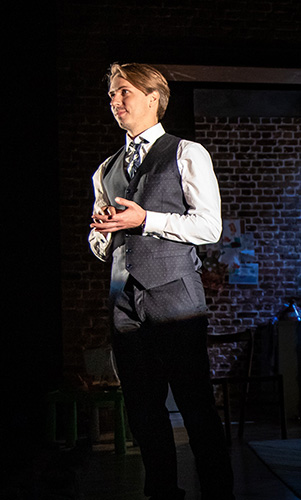 Joe Thomas in What’s in a Name?

The comedy has been translated into English and adapted by Jeremy Sams, who directed the production at Birmingham Rep in 2017 and is directing it again on its UK tour.

Joe Thomas, who is best known for his performance on TV in The Inbetweeners and is making his stage debut, is cast as a father-to-be who announces to his friends that he has just seen the scan of his unborn baby and there is good and bad news. The good news is that the child is a boy. The bad news is he’s dead.

The audience is shocked and then even more shocked when he admits he was only joking and the baby is fine.

He then asks his friends to guess what he and his wife are going to name the child. The friends rattle off names.

The audience, who has seen the poster, the flier and the programme cover, already knows what the name is because the image used is of a baby in a nappy sitting on the floor and he has a toothbrush moustache.

It’s nice for the audience to be one step ahead of the bourgeoisie on stage and they include the father’s wife (Laura Patch), their hosts, his sister (Summer Strallen) and her husband (Bo Poraj), plus their best friend (Alex Gaumond) from their childhood days.

The longer the play goes on, the worse is everybody’s Behaviour. There are accusations and recriminations. Family past histories are dragged up. Spanners are thrown in the works. Things get unpleasant.

What’s in a Name? Is in the same mood as Yasmina Reza’s Art and God of Carnage; but never quite in the same league. It remains a typical French boulevard comedy.

What’s in a Name is in Southampton the week beginning 18 November.