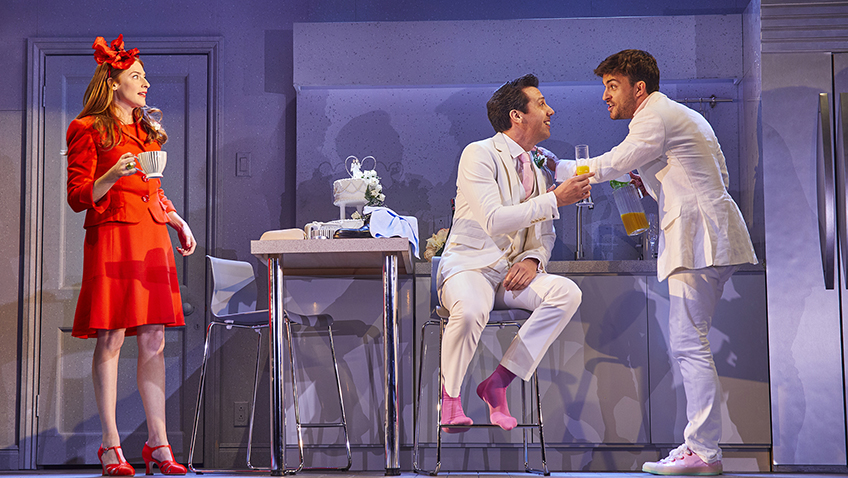 A female perspective on Stephen Sondheim and George Furth’s Company

Stephen Sondheim and George Furth’s musical premiered in 1970. Innovative and highly sophisticated in its book, lyrics and construction, it was a landmark musical in its day.

48 years on the award-winning show is as witty and as cynical and as trenchant as ever.

There is a major sex change in the story, which has Sondheim’s blessing. 35-year-old Bobby, a bachelor, is now Bobbie, a 35-year-old unmarried female. 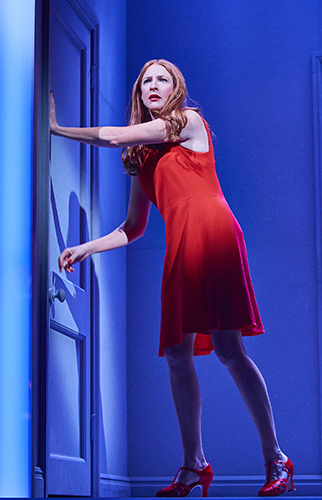 Bobbie is played by Rosalie Craig and the sex change works perfectly in Marianne Elliott’s production, which is wittily choreographed by Liam Steel and cleverly designed by Bunnie Christie.

Bobbie’s friends, upper middle class New Yorkers, want her to get married but when she observes their relationships she is not so sure she wants to get married.

The musical is a series of vignettes commenting on love, wedding fears, marriage and divorce. The little box rooms in which they are played out give this intimate musical the intimacy it needs in a large theatre.

There are other sex changes in this production.

You Could Drive A Person Crazy used to be sung by women, a pastiche of the Andrew Sisters. It’s a typical Broadway number and now it’s Richard Fleeshman, Matthew Season-Young and George Blagden who stop the show.

There is also a very funny scene when Bobbie has a one night stand with a really dumb and frightfully boring flight attendant (Richard Fleeshman). The next morning she politely tries to persuade him to stay in bed with her and not to fly off to Barcelona. Imagine her dismay when he decides to stay.

Other high spots include George Blagden rattling his way through Another Hundred People, the whole company singing Side by Side By Side, Patti LuPone singing The Ladies Who Lunch and the power Rosalie Craig brings to Marry Me A Little and Being Alive.

As always with Sondheim, you will come out of theatre wanting to read his lyrics and wanting to see Company again.