Home / NEWS / CAMPAIGNS / Loneliness, the blight on our nation 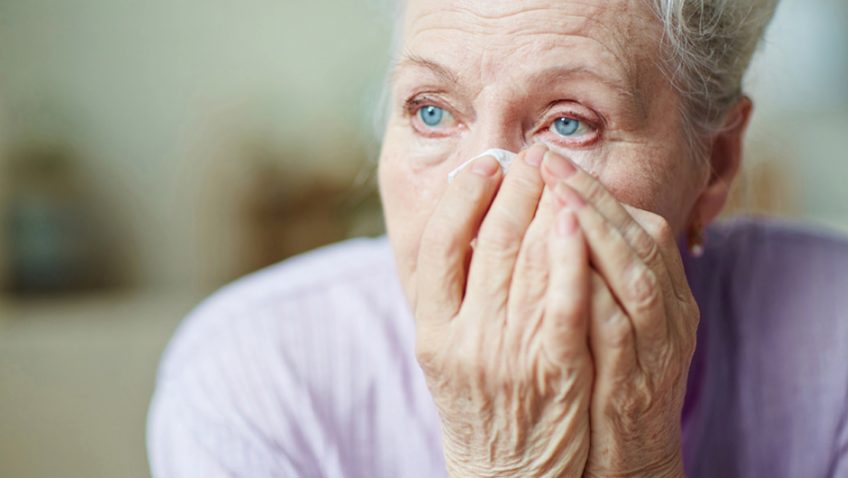 Loneliness, the blight on our nation

Over the last year The Jo Cox Commission on Loneliness has been compiling its report on how best we can challenge loneliness in our community and society. The commission was set up to carry on the work started by late Labour MP for Batley & Spen, Jo Cox, who was brutally murdered in June 2016.

The commission is cross party and is led by MPs Rachel Reeves (Lab.) and Seema Kennedy (Con.) and has, throughout 2017, been working to highlight the issues surrounding loneliness amongst different groups in our society. Loneliness is believed to affect more than 9 million people from all walks of life; young, old and from all backgrounds.

A group of 13 charities and businesses have been working hard over the last twelve months to respond to the challenge of loneliness and have just published a report entitled, Combating loneliness one conversation at a time.

In the report, loneliness is described as ‘a subjective and unwelcome feeling of lack or loss of companionship’. Whilst most people would recognise that loneliness is often associated with social isolation, the report also found that people can and do feel lonely, even when in a relationship, or when surrounded by others.

Not just the elderly

Loneliness affects people of all ages and from all backgrounds – from the school child who struggles to make friends, to the new parent coping alone, to the older person who has outlived friends and immediate family – feelings of loneliness affect us all at some point. But being lonely can become a serious problem when it becomes chronic; persistent, long-standing feelings of loneliness can grind us down, affecting our health and wellbeing and damaging our ability to connect with others.

Some of the startling findings from the report include the fact that over 9 million adults are often or always lonely and that for some 3.6 million people over the age of 65, television is their main form of company.

But loneliness doesn’t only affect older people, it can just as easily affect the young. For example, 43% of 17 – 25 year olds using the services of the charity, Action for Children, said they experienced problems with loneliness, whilst 52% of parents have told the charity that they, too, have had a problem with loneliness.

Not surprisingly, those people suffering illness or disability also reported high levels of loneliness, with 50% of disabled people saying that they will be lonely on any given day. 38% of people with dementia reported that they had lost friends after their diagnosis, whilst 8 out of 10 carers are said to have felt lonely or isolated as a result of looking after a loved one.

The cost of loneliness

And there is a cost to society; the effects of loneliness put pressure on our healthcare and social services systems. We all know how difficult it can be to get GP appointments; sadly, three out of four GPs report that they see between 1 and 5 people each day in their surgeries who have come in mainly because they are lonely and one in ten GPs say they see between six and ten such patients daily.

As we know, loneliness is a major factor in depression, and depression is a major source of absence from work for some people. It is estimated that there is a cost to UK employers of some £2.5bn per year as a result. But on a more positive note, the report highlights the fact that every £1 invested into tackling loneliness results in an estimated saving to society of £1.26 (over five years).

Another positive is that many, many people and organisations recognise the debilitating effects loneliness can have and are trying to raise awareness, make a difference and challenge it. The problem is that many of these activities are taking place in isolation and the report highlights the fact that there is currently a gap in national leadership on loneliness. It recognises the role that government can play in galvanising the key players, in the support and recognition it can give in the way it can compare and assess progress and most importantly of all, in the way that it can hold accountable, those who need to act to tackle loneliness.

The report is calling for the establishment of a UK-wide strategy, led by the government, to help tackle loneliness across all ages. It stresses the need for this to be built on the insight and expertise of others, including public bodies such as the NHS, Public Health England and the Fire & Rescue Services, working alongside the voluntary and community sectors and aided by the business community.

It also calls for the appointment of a lead minister, whose purpose would be to drive action on loneliness across government and who would be responsible for the development and implementation of a national loneliness strategy.

Other outcomes that the report seeks, are a national indicator on loneliness across all ages and for this to be included in national indicator sets – including the Public Health Outcomes Framework – to enable effective monitoring of progress at national and local levels; for measures of loneliness to be included in major national studies – including the Understanding Society and Good Childhood surveys with the aim of delivering high quality data which can illuminate the wider causes and impacts of loneliness; for annual reporting on loneliness to take place, looking across a range of data, by the Office for National Statistics and investment in a programme to develop the evidence around ‘what works’ in tackling loneliness across all ages and within all communities, led by the government’s What Works centres.

To find out more about the campaign visit www.jocoxloneliness.org.

This article is the latest in our series on Loneliness 2018 in Older People that we are running throughout the year.