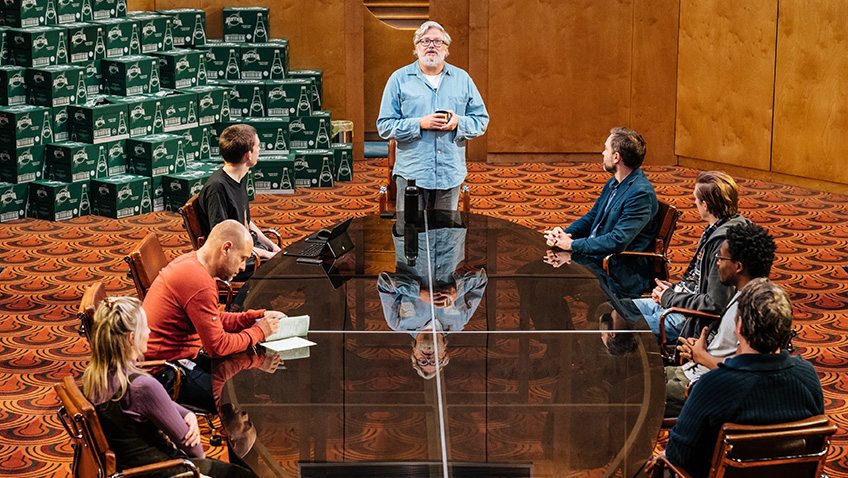 American playwright Annie Baker has had three of her plays staged at the National Theatre: Flick, John and now Antipodes. Flick, set in an empty cinema with just the cleaners, won the 2012 Pulitzer Prize and remains the best and most accessible. 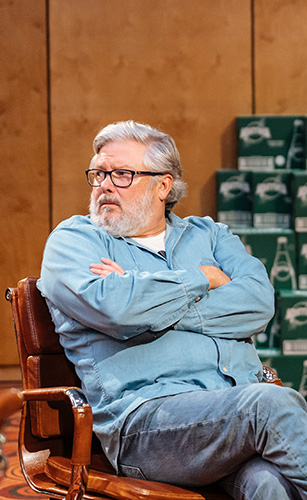 Conleth Hill in The Antipodes

Six men and one woman sit at a round table in a conference room. They are professional writers and their unseen boss is waiting for them to come up with the right story, something monstrous, something terrifying.

The chairman encourages them to tell memoirs and anecdotes from their own lives and the more personal and intimate, the more embarrassing the experience, the better.

One writer tells a graphic horror story about his penis. Another writer tells how she lost her virginity. A third writer, asked what his biggest regret was, said he regretted that he never learned how to handle chickens. He is immediately asked to leave the room and is never seen again.

The chairman bans phones yet he is constantly texting. He is liable, suddenly and unnervingly, to leave the room and not come back for days on end. You can’t believe a word he says. He has their careers and salary in his hands. They are liable to be sacked at any moment. Conleth Hill is excellent; he has the best role.

His assistant takes notes and indulges in pagan rites. His secretary comes up with her very own Grimm fairy tale. But what is actually going on? And where are they? Are they in some totalitarian state? The play remains deliberately obtuse.

Antipodes is directed by Annie Baker and Chloe Lamford and the sightlines are sometimes a problem especially when an actor remains seated and is telling a story at length.