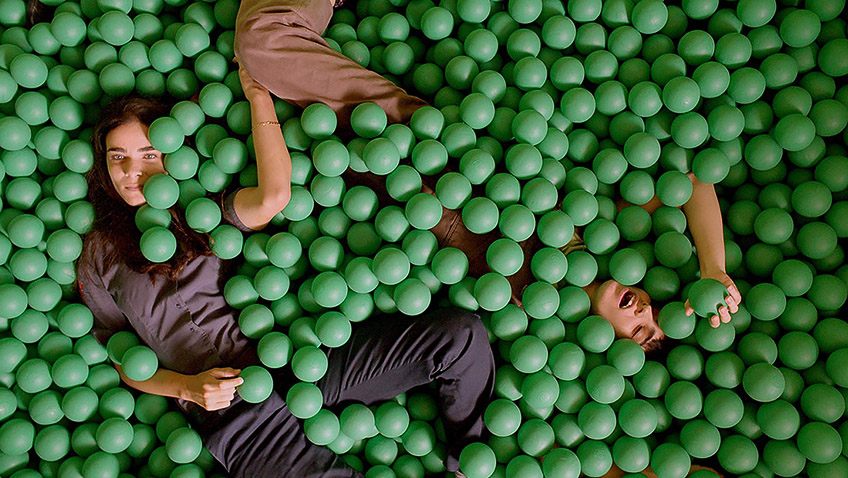 This beguiling Israeli film about co-dependent sisters, is directed by Asaf Korman, and written by the star of the film, Korman’s wife, Liron Ben-Shlush. Next to Her

manages to confound the audience’s expectations while delving deep into an increasingly complex and disturbing relationship seldom explored in film.

Chelli (Ben-Shlush) juggles her job as a security guard at a secondary school around her primary job: caring for her severely mentally disabled 24-year-old sister Gabby (Dana Ivgy). We know little about the background to this arrangement and the first quarter of the film is primarily observational. With their mother making a brief visit, only to be offended when Gabby lashes out, the two sisters live a regimented, dull life in a dingy flat, where they share meals, baths, toothbrushes and even a bed.

When Social Services mandate that Gabby must go to a day care centre, we anticipate the worst, and as we expect, Gabby resists the initial handover. But Gabby adapts surprisingly quickly and seems to enjoy spending time with her new friends, both female and male. There is awkwardness in Chelli’s relationship with the manager of the day care home when Chelli appears more eager to collect Gabby in the afternoon than Gabby is to be collected.

Chelli is coming to terms with having some free time when Zohar (Yaakov Zada Daniel), a PE teacher at the school, invites her to a party at a club. She tells him she will think about it, but dresses up in an attractive tight, black dress and heads to the venue. Their initial ‘date’ is a disaster from beginning (her name is not on the guest list) to middle (she astounds Zohar by throwing herself on him) to end (embarrassingly bad sex). 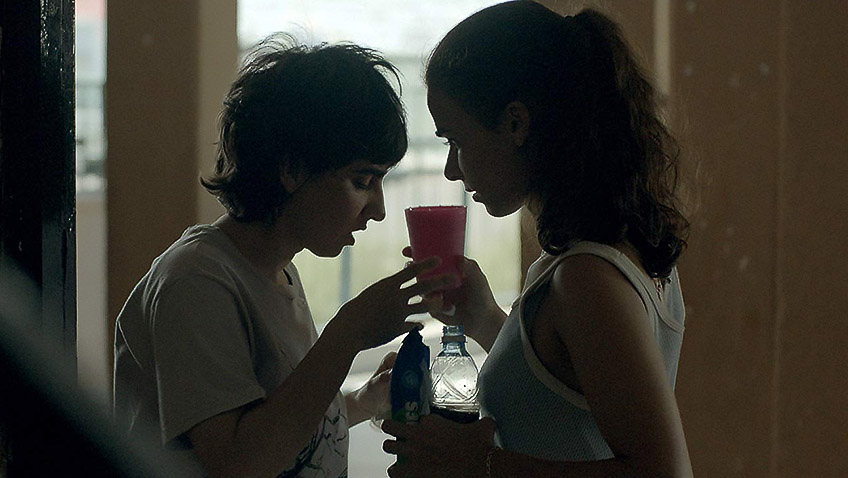 Dana Ivgy and Liron Ben-Shlush in Next to Her

Zohar, it turns out is a 34-year-old who still lives with his mother (Varda Ben Hur) and wolfs down a bowl of food she has prepared for him as Chelli looks on. But even this relationship turns around, and even Zohar’s mother reveals another dimension.

As we worry about how Zohar is going to handle life with Gabby, it transpires that Gabby is not the only problem, and herein the brilliant twist to the tale enriches the film on a dramatic and psychological level. Zohar begins to recognise that Chelli’s relationship with Gabby is more self-serving than it is self-sacrificing.

Ben-Shlush has a mentally disabled sister and while we hope that the script is not autobiographical, the candidly exposed psychological entanglements and underlying feelings of guilt, love, and co-dependence would be difficult to express so honestly for someone who has not been in a similar situation. While all of the performances are excellent, Ben-Shlush’s Chelli excels in a meaty role of a complex modern woman and carer, but Dana Ivgy’s portrayal of Gabby is particularly impressive.