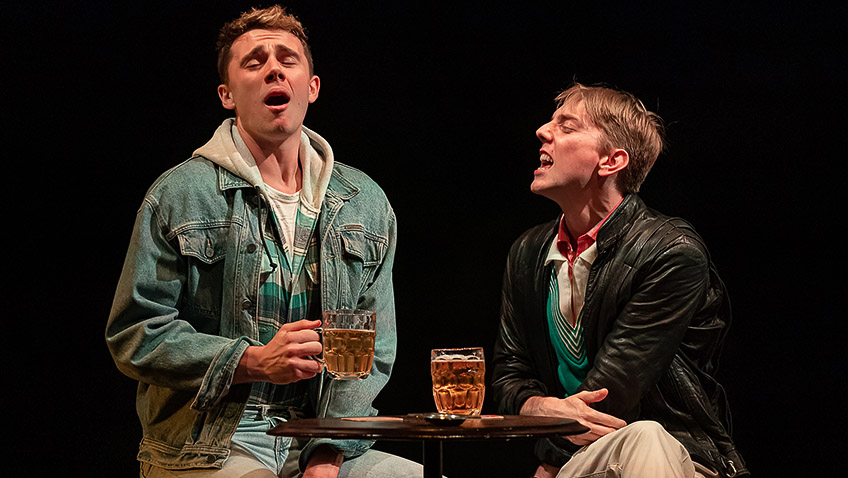 Which label would you prefer: lover, partner, husband, wife?

When Nora Helmer walked out on her husband Torvald and their two children, slamming the door behind her in 1879, the sound reverberated round Europe, bringing Henrik Ibsen’s A Doll’s House instant success and international fame.

Nora has been a doll all her life. First she was her father’s plaything; then her husband’s. Torvald thinks of Nora first and foremost as his wife and the mother of his children. The notion that she is first and foremost a human being never occurs to him. 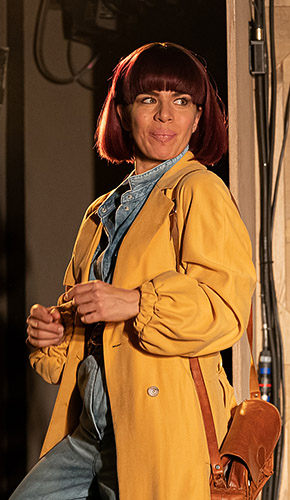 Ibsen’s play was taken up by the feminists well over a century before the #MeToo Movement.

Samuel Adamson with gay wit uses A Doll’s House to explore the changes within the institution of marriage from 1959 over the course of ninety years and its impact on those branded Wife either in a heterosexual or a homosexual relationship.

Sirine Saba plays an actress, who plays Nora in various productions over the years and interacts with the characters in Adamson’s play.

In 1959 a married couple visit the actress backstage. The wife (Karen Fishwick) is pregnant. She is also the actress’s lover. The husband gets very nasty. The cast, directed by Indhu Rubasingham, shriek too much.

In 1988 the wife’s son (Joshua James), now grown-up, is a hysterical gay trying to persuade the 20-year-old working class lad (Calam Lynch) he has seduced to come out of the closet. Meanwhile in 2019, the age of diversity, nobody will be surprised to learn that Nora is played by a male.

Adamson’s text is full of references to gay books, gay films and gay icons. In the printed programme Royal Holloway Professor Dan Rebellato gives a fascinating list of plays which have imagined and re-imagined the life of Nora after she left Torvald.