Home / LIFESTYLE / REVIEWS > / THEATRE REVIEWS / Artist or revolutionary – which would you prefer to be? 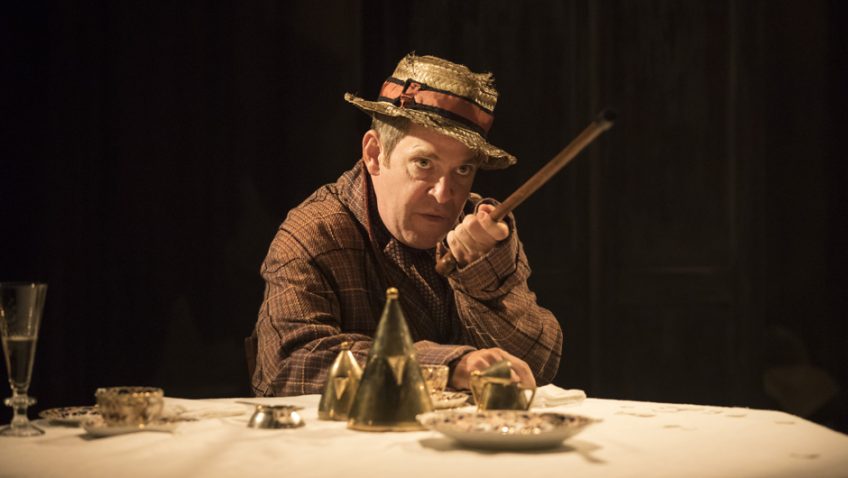 Artist or revolutionary – which would you prefer to be?

Tom Stoppard has described the chaotic, anarchic and sometimes bewildering Travesties, which premiered in 1974, as a bit of singing and dancing mixed up with philosophical debate. The scene is set in Zurich. The time is circa 1917. The chief characters are Lenin (the Soviet founding father), James Joyce (who is writing Ulysses), Tristan Tzara (founder member of Dada) and Henry Carr (a casual employee of the British Consulate General).

A mixture of history and fantasy is seen through the eyes and faulty memory of Carr, who, in his old age, confuses his very minor role in a major political event of the time with the major role he played in an amateur production of “The Importance of Being Earnest”.

The play presents two revolutions side by side: the artistic and the political, the Russian Revolution and Dada, an extraordinary juxtaposition of drawing room epigram and party political rhetoric, an unlikely mixture of Lenin and Wilde.

To enjoy Travesties (travesties of literature and history) it is not necessary to know anything about Lenin, Joyce and Tzara, but it is absolutely essential to know Oscar Wilde’s masterpiece, because so much of the play relies for its wit on direct quotation and pastiche.

Frankly, if you are not familiar with The Importance, then I strongly recommend that you read it and/or see it (the film version is available on video) before you go to the theatre.

Stoppard’s dazzling intellectual and verbal jeu d’esprit is carried off by Tom Hollander and Freddie Fox, who play Henry Carr and Tristan Tzara respectively, with panache.

Interestingly, Hollander and Fox have both played Bosie Douglas in David Hare’s play about Oscar Wilde, The Judas Kiss.