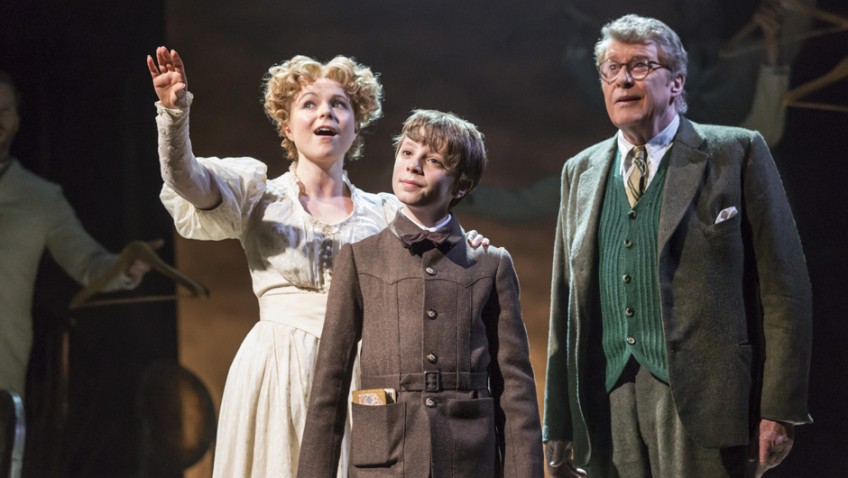 Michael Crawford makes a welcome return to the stage

L. P. Hartley published The Go-Between in 1953. The novel was instantly hailed a modern classic. Joseph Losey directed a memorable film in 1971 with Julie Christie and Alan Bates as the lovers.

The novel has now been adapted for the stage and the result is a sophisticated musical for sophisticated audiences. It is not a West End musical. It’s a chamber drama musical and much nearer to opera.

Hopefully, the casting of Michael Crawford will bring in the public. Michael Crawford plays Leo, a man in his sixties, remembering events which happened to him when he was a 13-year-old boy in 1900

The role was created by Michael Redgrave on film and more recently played by Jim Broadbent on television. Crawford, who has a lovely “Butterfly” aria to sing, gives a deeply felt performance.

The stage adaptation puts him centre stage and he stays right there, a modern figure in the middle of the Edwardian action. The play is a recreation of his memory. The imaginative and poetic and very physical staging is by Roger Haines.

Leo’s best friend (much richer than he is), invites him to spend his summer hols in Norfolk with him and his family in their country house in Norfolk.  He develops a schoolboy crush on his friend’s much older sister (Gemma Sutton).

She, an upper class gal, is having a clandestine affair with a tenant farmer (Stuart Ward); it would have to be clandestine in 1900, class divisions and all that.  (“The past is a foreign country: they do things differently there.”) Leo acts as a messenger boy between the lovers, delivering their love letters.

The sad story, affectingly sung and acted, touches the heart.

There are remarkable performances by the two thirteen-year-olds:  William Thompson is Leo and Archie Stevens is Marcus, his best friend.