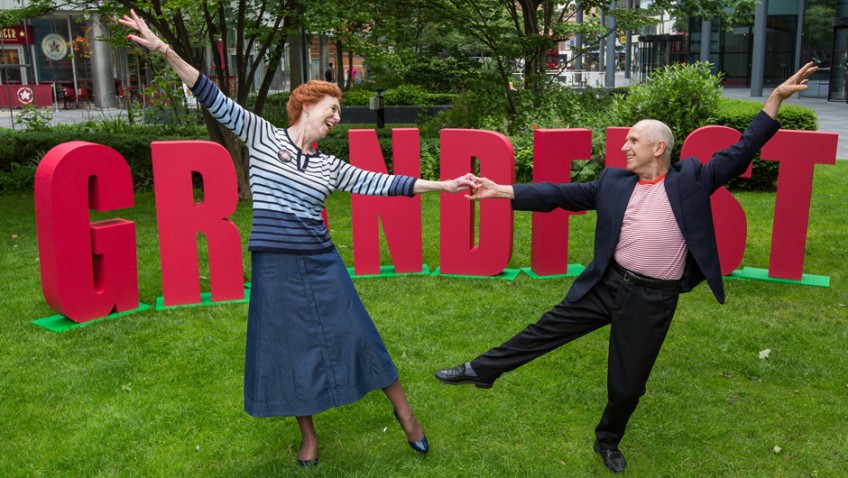 Thousands of visitors descended on Spitalfields on Sunday 5th June to celebrate London’s unique craft festival, GrandFest. Hosted by older people’s charity, Royal Voluntary Service, the festival, now in its second year, celebrates older people and the heritage skills they have to share with the younger generation.

The skilled GrandMakers, all aged over 70, hosted a series of masterclasses from breadmaking to crochet and basket weaving to woodturning to share their fountain of knowledge and inspire others to pick up a hobby. The fun and interactive masterclasses took place in various shops, cafes and museums including the Geffrye Museum, Hanbury Hall, The English Restaurant, The Grocer, Leon restaurants, Pitfield Café and The Barley Mow.

The most popular masterclass was woodturning, with more than seventy people attending. 72 year old GrandMaker, Arthur Martin said: “Woodturning is a skill that has been around for over 3,000 years but I took it up seriously 10 years and have created a workshop in place of a garden shed and now I turn lots of different pieces and go to craft fairs in my local area at home and also enjoy coming to GrandFest.” Many of the heritage craft skills that were taught are experiencing a renaissance as they have become popular once again with previous research by Royal Voluntary Service identifying that 80 per cent of 18-24 year olds would consider learning a new skill or craft if they had the option.

Between masterclasses, in the GrandFest hub in Bishops Square, Spitalfields festival-goers were treated to a host to pop-up shops and the GrandFest stage, where performances from celebrity and Royal Voluntary Service Ambassador Wayne Sleep, and a tea dance hosted by the New Covent Garden Dance Orchestra wowed the crowd.

In April, the GrandMakers met HRH The Duchess of Cornwall at the Geffrye Museum. As President of Royal Voluntary Service, the Duchess was provided with a sneak preview of the skills each GrandMaker was planning to showcase at GrandFest.

David McCullough, Chief Executive of the Royal Voluntary Service, says: “Royal Voluntary Service launched GrandFest to celebrate the many skills possessed by older people and to highlight the importance of them continuing to enjoy and share them in later life. We were delighted with the amount of people that turned out to support us at GrandFest. Our GrandMakers were delighted to showcase their skills and inspire the younger generation to get involved too.”

Royal Voluntary Service is one of the biggest volunteer organisations in the UK, which supports over 100,000 older people each month. Through its army of 35,000 volunteers, the charity runs services such as Good Neighbours (companionship), Meals-on-Wheels and Books-on-Wheels that alleviate loneliness and help older people. Royal Voluntary Service also provides practical support for older people who have been in hospital through its On Ward support and Home from Hospital services and via its network of retail shops and cafes.