Home / LIFESTYLE / REVIEWS > / THEATRE REVIEWS / Why was I born if I am not to live forever? 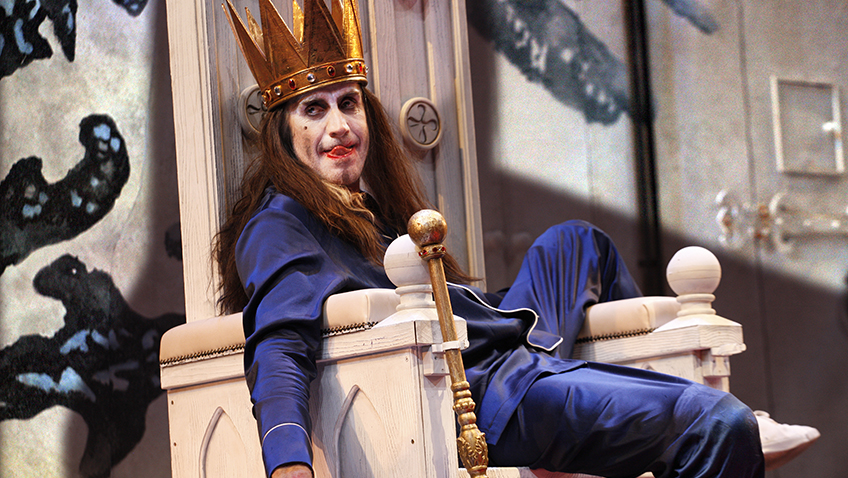 Why was I born if I am not to live forever?

Eugène Ionesco (1909 -1994), a major playwright of the French Absurdist Theatre, which flourished in the 1950s and 1960s, was in the same bracket as Samuel Beckett, Arthur Adomov and Jean Genet.

There have been revivals since then of Rhinoceros and The Chairs but It isn’t often you get a chance to see his plays these days.

Exit the King is a 20th century medieval morality play. It is also an infernal pantomime and a comic tragedy on classical lines. The final stretches are epic and have an almost Peer Gynt-like quality. 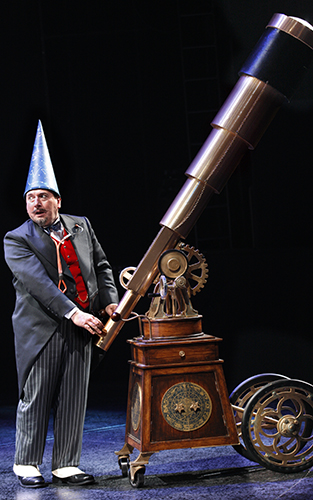 Adrian Scarborough in Exit the King

Ionesco said the play is an apprenticeship in dying. The audience watches a ritual, a ceremony in various stages.

The play has not had a major production in London since its UK premiere with Alec Guinness at the Royal Court in 1963. Guinness’s performance was liked much more than the play.

The high spot was when the king begs on his knees all those who have died before him to teach him how to resign himself to death. There was also a splendid speech when he desperately tries to think of any means to perpetuate his name after he has died.

Exit the King was written when Ionesco had just turned 50 and was suffering from a bout of debilitating liver disease. He thought he was dying and he thought the most important thing a person can do in such circumstances was to learn to die.

Written in a matter of weeks, it premiered immediately in Paris in 1962. The present revival is a new version by Patrick Marber who also directs.

“It is not natural to die,” the king complains. “Why was I born if I was not to live forever?”

The actor playing the king has to be able to mime and engage with the audience and to mix comedy, farce and tragedy. One minute he is clowning the next minute he could be playing King Lear.

Ifans ages before our eyes and his performance is so impressive it is obvious that a whole range of classic roles are now open to him. It will be interesting to see what he does next.

Hopefully now, somebody will be encouraged to revive two of Ionesco’s best one-act plays, a double-bill of The Lesson and The Bald Prima Donna.