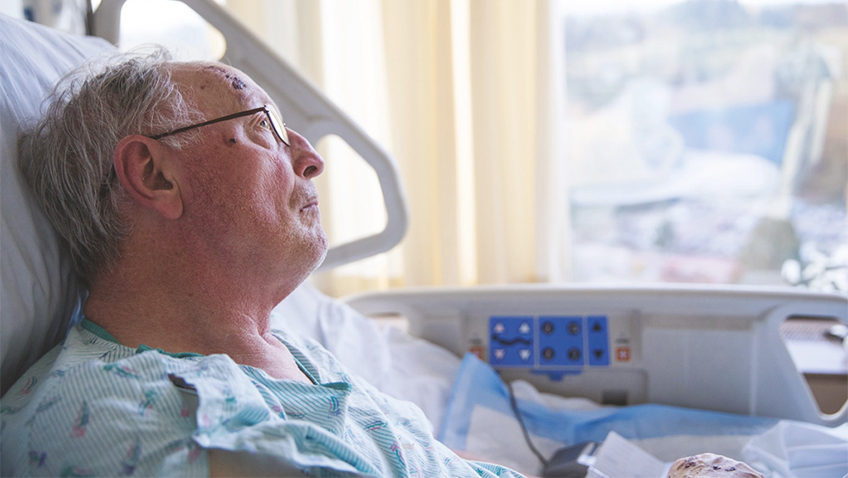 1.4 million people don’t get the care they need

Numbers of older people who don’t get the care and support they need has reached a record high of 1.4 million – up nearly 20% in just two years. What’s more, delayed discharges due to the lack of social care costs the NHS more than £500 EVERY MINUTE, according to Age UK.

New analysis by the charity has highlighted the enormous cost to the NHS of delayed discharges due to a lack of social care, and how more older people than ever are missing out on the vital care and support they need.

The numbers of older people in England who struggle without the help they depend on to carry out essential everyday tasks (ADLs), such as getting out of bed, going to the toilet, washing and getting dressed, have increased to a new high of 1.4 million, meaning nearly one in seven older people now live with some level of unmet need.

Age UK also found that among the 1.4 million people with unmet care needs, 307,581 require help with three or more essential activities, of whom 164,217 receive no help whatsoever from paid carers, family members or friends.

The Charity has also calculated that delayed discharges from hospital due to social care not being in place costs the NHS over £289 million a year – equivalent to £550 per minute.

“Age UK’s new analysis shows the huge impact on older people and on the NHS of our wholly inadequate system of social care. The government often says they have invested more in social care over the last two years, but it’s not been nearly enough since the numbers of older people going without the support they need are continuing to rise – and quite sharply.

“If an older person needs social care but can’t get it, this is a sure fire recipe for them to become weaker and less well. They are at far greater risk of not eating enough and of falling and hurting themselves because of trying to do more than they really should. And it goes without saying that their lives are likely to be diminished and made more miserable. Is this what we want for our parents and grandparents, husbands and wives, older neighbours and friends in 2018? We have to do better.

“The government will no doubt point to the fact that they hope to publish a Social Care Green Paper in the autumn, but a Green Paper will not in and of itself deliver any new funding for social care for several years and it is obvious that the system needs a major injection of cash right now.

“The responsibility for fixing this lies firmly with the Treasury: the Chancellor must take action to shore up social care in his Autumn Budget. The experts say there is a funding gap of about £2.5bn and that’s the kind of extra money that our older population needs to see. Anything less means the numbers struggling alone without help will keep going up.

“Age UK’s new analysis also shows that delayed discharges due to a lack of social care is costing the NHS a staggering £550 every minute. The extra funding announced recently for the NHS is warmly welcome, but it will do a lot less to help our GPs and our hospitals than it should do for as long as the government allows social care to continue to decline.

“Taken together these numbers show the folly and sheer wastefulness of the government’s failure to invest anything like enough money in social care. We all depend on the NHS so we all lose out if it has less money to spend due to the lack of social care, but there is no doubt that it’s our older population who are paying the highest price of all – with their health, their happiness and sometimes even their lives.”