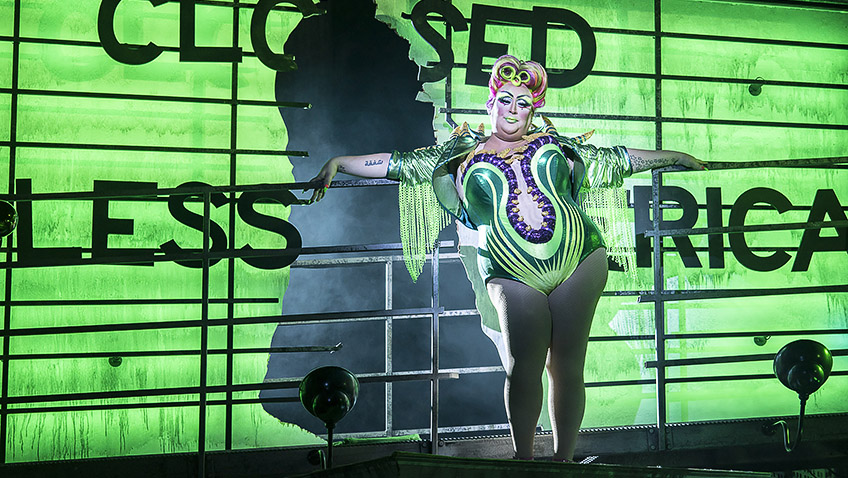 The monstrous and carnivorous plant is no longer a puppet

Roger Corman’s extremely low-budget spoof of a Hollywood horror movie in 1960 was said to have been shot in two days and had an immediate cult following. A very young Jack Nicholson was very funny as a sadomasochist at the dentist.

Author Howard Ashman got hooked on the film when he was 14-years-old and still at school. Much later he shared his addiction with composer Alan Menkin and together they wrote a comedy rock musical. Ashman’s book and lyrics were based on Charles Griffitth’s screenplay. 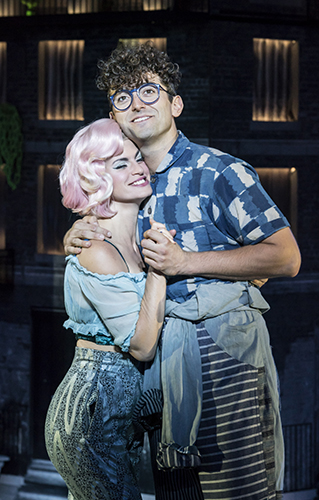 Jemima Rooper and Marc Antolin in Little Shop of Horrors

Little Shop of Horrors opened off-Broadway in 1982. It was a big box-office success in New York and London, which led to a film version in 1986.

I saw the London stage production and was very impressed by the monster plant, so brilliantly designed, manipulated and acted. The plant was far by the most interesting character: and that moment when it first spoke was genuinely frightening.

“FEED ME!” it rasped, opening its monstrous hippopotamus jaws. “CUT THE CRAP AND GIVE ME THE MEAT!” it snapped.

The foul-mouthed, blood-sucking, insatiably hungry plant, with its shark-like jaws and teeth, was a triumph for the puppeteers and the actor (off-stage) who voiced him. By the end of the show, it had grown so big, it filled the whole stage. And then, in a stunning coup de theatre, with branches and leaves falling from the auditorium’s ceiling, it filled the whole theatre.

The major surprise in the Park, and for me the biggest disappointment, is that the plant is no longer a puppet but played by an American drag artist, Vicky Vox, who is horrific in quite a different way. The plant is diminished.

Marc Antolin is the Skid Row florist, a bespectacled nonentity, who discovers and feeds the plant, first with his own blood, then with the flesh of his dentist, his boss, his girlfriend and finally himself.

A major plus is that when Antolin sings you can at least hear the lyrics; and this is more than you can say for the most of the cast.

Maria Aberg’s production, messy and over-busy, would be better without model skyscrapers in prams being wheeled around the stage. The high spot is the final number and the vigorous curtain call which takes the show to quite a different level.